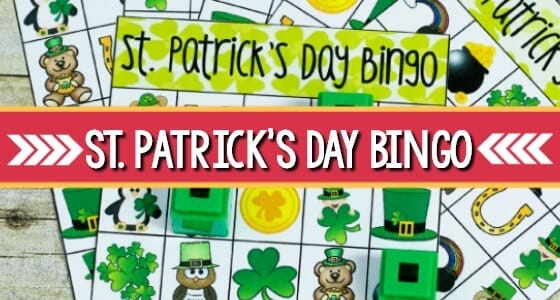 St. Patrick’s Jackpot Bingo is a bingo game that comes to you to mark this year’s St.Patrick’s day celebration. It's a 90-ball bingo game, with the ticket comprising 3 rows and 9 columns.

Every row is designed with 5 numbers, which gives you a total of 15 numbers. So you have unlimited fun in a cross-section of 15 numbers on each ticket. Deal or No Deal has moved from being a jaw-dropping movie to inspiration to the gambling industry, which we have seen in slots and now, bingo.

It features wins in the forms of 1 line, 2 lines, full house and the Deal or No Deal prize, with wins ranging from 40 to 400 pounds. Get more details of this online bingo as provided by Barbados Bingo.

About Virtue Fusion and Playtech – the Developers of St. Patrick’s Jackpot Bingo

St. Patrick’s Jackpot Bingo was developed by Virtue Fusion under the Playtech bingo channel and has since garnered popularity among online bingo players. Playtech boasts the most robust bingo game, poker, and card game network in the industry, with several developers and operators linked to it.

The company has achieved monumental success in developing and supplying games that consistently break records in the iGaming landscape. Since its inception in 1999, the company has focused its strength in leading the industry, which is evident in its notable acquisitions of some innovative developers.

Some such developers include Virtue Fusion, Ash Gaming, QuicksPin, Eyecon, Psiclone Games, Rarestone Gaming, Aristocrat Lotteries, among others. In effect, the company has been a powerful force across the iGaming industry.

Some games by Playtech are listed below:

The games above and other online bingo can be played on Barbados Bingo.

St. Patrick’s Jackpot Bingo is played 24 hours, and a ticket goes between 10 and 50 pennies. Ticket purchases range from a minimum of 24 to a maximum of 48 for each game.

As already noted, you play the 90-ball games with 15 numbers. Upon winning the full house, you are entitled to a deal from the banker on the basis of the remaining boxes in the game.

So you either accept the banker's 'Deal' or you opt for 'no Deal'. Members of the community will vote for you to accept the banker's Deal or No Deal. If you decline the Deal, you would have to pick what is inside the box you selected at the start of the game.

The jackpot is progressive with the pot commencing from 5,000 pounds. Winning the jackpot requires a full house call with 34 balls or even less. Upon winning the jackpot, it is divided between the player and the community.

That is the player who won it walks home with half of the pot prize, while the players with game tickets then get the remaining half. Get the full house and jackpot on Barbados Bingo and win handsomely today.

St. Patrick’s Jackpot Bingo has a smooth feel to it, as well as a seamless understanding of how it all works. You simply have to stick to your standard 15 numbers and ensure you call a full house there or you make some deals.

The jackpot prize is also an excellent way to smile at your bankroll. Thus, get inside this bingo room on Barbados Bingo and win massively today.

If you're looking for some of the best bingo games available, play Speedy Bingo today.