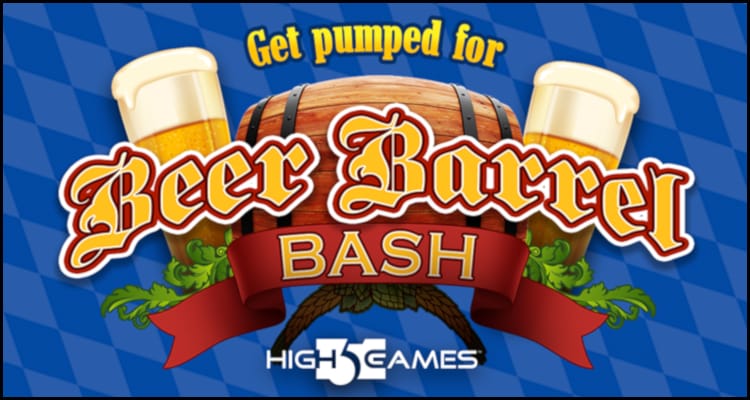 If you like beer and festivals then this could be the slots game you’ve been searching for.  Basing this slots game experience on the well-known German Oktoberfest, there are plenty of ways in which you can increase your winnings on this medium variance slots game.

There’s no reason to have to don your lederhosen, but there are plenty of beers being raised as a salute to this game, where there are plenty of stereotypical German symbols in play for you to look out for. Read below to learn more about this game or just come and play it now on the top online bingo site in the UK!

High 5 Games are responsible for creating some of the most famous video slots in the world which are recognised and loved by thousands of players.  They have been incredibly successful as games developers and have had many hit slots games shown in their impressive portfolio.

Taking the time to research thoroughly and develop games they know their gamers will love and appreciate has been the key to the success of H5G over the last decade.  Games from this games development giant can be found both online and in land-based casinos for the convenience of all players. 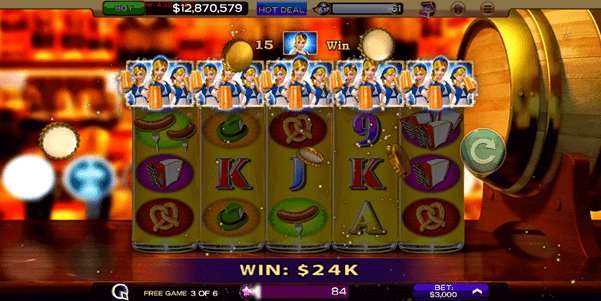 Being released in June 2019, Beer Barrel Bash was created by High 5 Games and has been a big hit with gamers worldwide.  This is a medium variance slots game with an RTP of 96.5%, though the maximum available jackpot is unknown.

Beer Barrel Bash is a 5 reel, 80 payline slots game where bets can be placed from 80p to £400 per spin of the reel depending on your available credit.  There are plenty of bonus features in this game to keep you well entertained during your playtime, too. 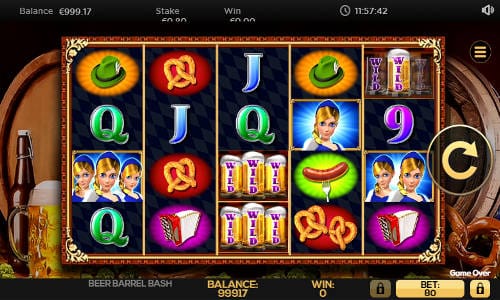 There are plenty of things for you to look out for as you play the German-inspired slots game of Beer Barrel Bash.  See if you can take advantage of the Double and Triple Split as you play, or the Locking Wilds, and Lasting Loot.

Alternatively, you can take advantage of the Wilds or Sticky Wilds, as well as the Scatters which can increase the likelihood of you aligning winning symbols so that you increase your winning capabilities.

There are lots of free spins available too which will have you doing the Polka dance all the way to the cashpoint if you are fortunate enough to win big during your free play.

If the above don’t make you feel like you would enjoy this game, then why not check out some other bingo games 2020 instead?

We like the game of Beer Barrel Bash because it has a theme which has not been over explored by other games developers so it remains fresh in its approach.  There are plenty of exciting bonus features and ways in which you can win cash prizes as you play.

With so many German-inspired symbols, you will probably learn a thing or two along the way as well, as you play this Beerfest orientated slots game brought to you by High 5 Games which has been a big hit around the world.

If you have enjoyed Beer Barrel Bash Slot, why not try another exciting slot at Barbados - such as Spin Doctor Slot.