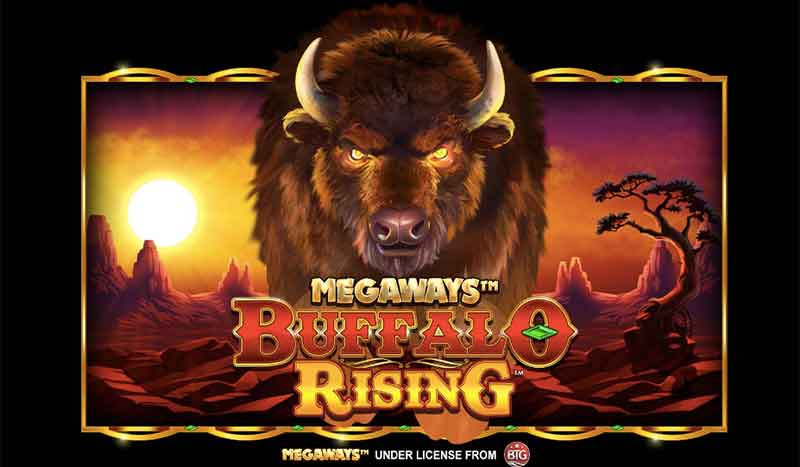 Buffalo Rising Megaways is an online slots game that was produced by British games developer Blueprint Gaming. It is based around a theme of North American wildlife, something that the title of the game hints at. There are some beautiful graphics to enjoy here, as well as some smooth and enjoyable gameplay. Read on to find out more about this interesting game, and to discover some more information about the company behind its development. If you like the sound of Buffalo Rising Megaways or animal inspired games, why not play today at Barbados Bingo.

Blueprint Gaming is a British games developer which is based in Newark, in Nottinghamshire in the English East Midlands. Despite its British roots and headquarters, Blueprint is wholly owned by the giant Gauselman Group, a vast German gambling conglomerate which has been in existence since 1957. As well as making games that would find in an online casino, Blueprint is very active when it comes to producing games for cabinet-based terminals in real-world casinos. You can find 10,000 of these terminals in casinos across Germany, Italy and the United Kingdom.

If you like playing online fruit machines you may be familiar with some of Blueprint’s other titles. Since their inception in 2001, Blueprint have produced a massive range of games bingo, including these: 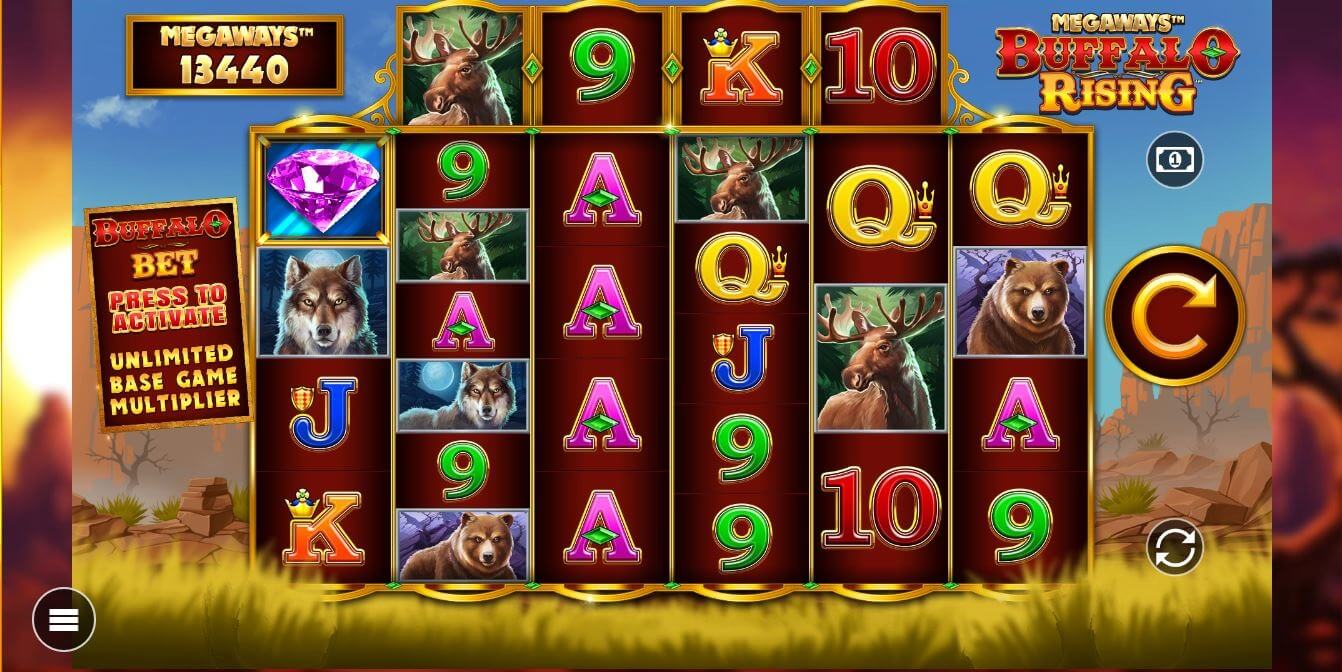 This game has six reels and five rows of entertainment, and there are up to 117,649 ways to win, thanks to its use of the Megaways gaming concept. This is one of Blueprint’s signature features, and you may have encountered it before in some of their other games.  The reels follow a basic grid structure and they are set in front of a pleasant mountain valley. The sound effects are complemented by a musical soundtrack which features Native American chanting.

The lower value symbols on the reels are all numbers and letters, while the higher value symbols take the form of iconic North American animals, such as bears, moose and wolves. The mighty North American bison also appears, as the buffalo of the game’s title. A golden buffalo is the game’s wild symbol and it can only appear in the extra row of symbols that sits above the main reels. It can replace all other symbols to form winning combinations for you, apart from the purple diamond scatter symbol.

Four of these diamonds will trigger the game’s free spins round. There is also a mystery symbol, which takes the form of a mini wilderness landscape scene. During the free spins feature you need to make astute choices to benefit from the multiplier and additional free spins that can be won. 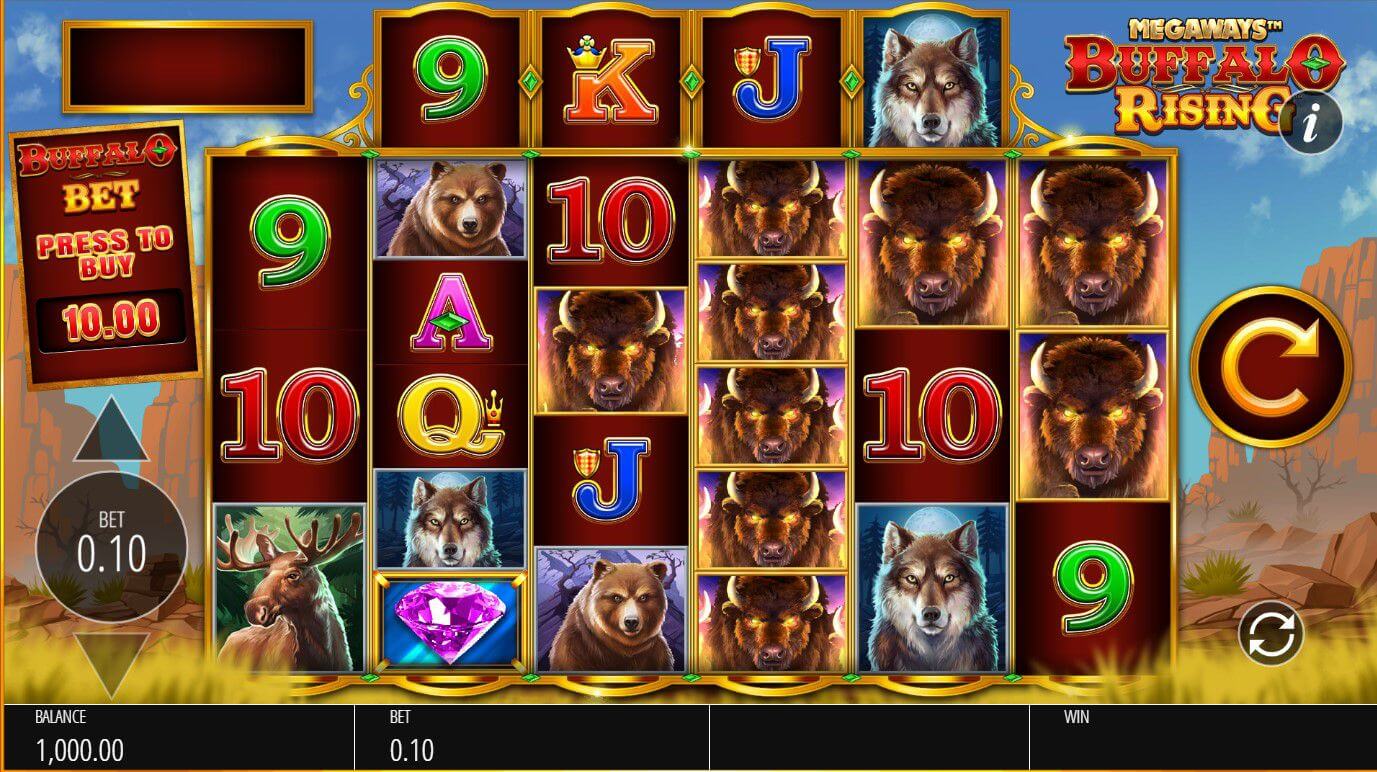 If you like playing slots online you are sure to find plenty to enjoy in Buffalo Rising Megaways. The graphics are really good, especially if you have an appreciation of North American wildlife, and the soundtrack does its best to keep things ticking along too. There are some good features which are fun to play and give you a decent chance of winning.

Gemtastic Slot is another popular title that can be accessed today at Barbados Bingo.