Of all the hundreds of Roman themed online slot games, Inspired Gaming’s Centurion Megaways is probably one of the most famous. We keep on coming back to it, so what is it about it that makes it so good? We had another look to find out.

Although the RTP of this slot is slightly below average at 95.9%, it’s highly volatile and intense, and therefore not for the faint hearted of punters and probably not best suited for beginners either.

However, the hardier of us can rejoice as if you’re prepared for it, this is one of the best slot games that you can play online. The Megaways system in itself is amazing, and we love the vast majority of slot games that use it, but considering that one of the incredibly 117,649 ways to win in Centurion Megaways is the top prize of 12,500x, this is possibly the pick of the Megaways bunch.

Plus, you can play it from as little as 20p per spin so if you want to scope it out before ramping it up (maybe all the way to the max bet of £20 per spin), you can do just that. And you can do it on any of your devices too, all at the home of slots and online bingo UK, Barbados Bingo. Play bingo online at Barbados Bingo and have access to some cracking slots in the process.

But the Megaways license isn’t all there is to the company. Formed in 2001, Inspired Gaming are fast approaching their 20th birthday with some 50,000 online casino games to their belt, made up of slots, poker, and bingo games online amongst others.

With fantastic graphics and a vast range of games, it’s safe to say Inspired Gaming are one of the biggest outfits in an online casino. Here are a few of their classic slots to show that:

Play bingo online from Inspired Gaming, or some of their amazing online slot games, at Barbados Bingo today.

A quick note on the Megaways engine to begin, as this is fundamental to the gameplay in Centurion Megaways. It’s made up of six reels that can expand to seven, and when doing so, open up all 117,649 ways to win.

Megaways, developed by Australian company Big Time Gaming, pays out using cluster pays or Cascade as Big Time Gaming call it. This means that  the game pays in all combinations (up, down, left and right), and all symbols that take part in a winning combination will disappear, allowing for more symbols to fall into their places. This means that you can win multiple times in a single spin.

The J-A Royals make up the low end of the pay table but the Roman themed symbols are higher paying, including swords, coins, helmets, chariots and the Colosseum, each with a different value attached to it. 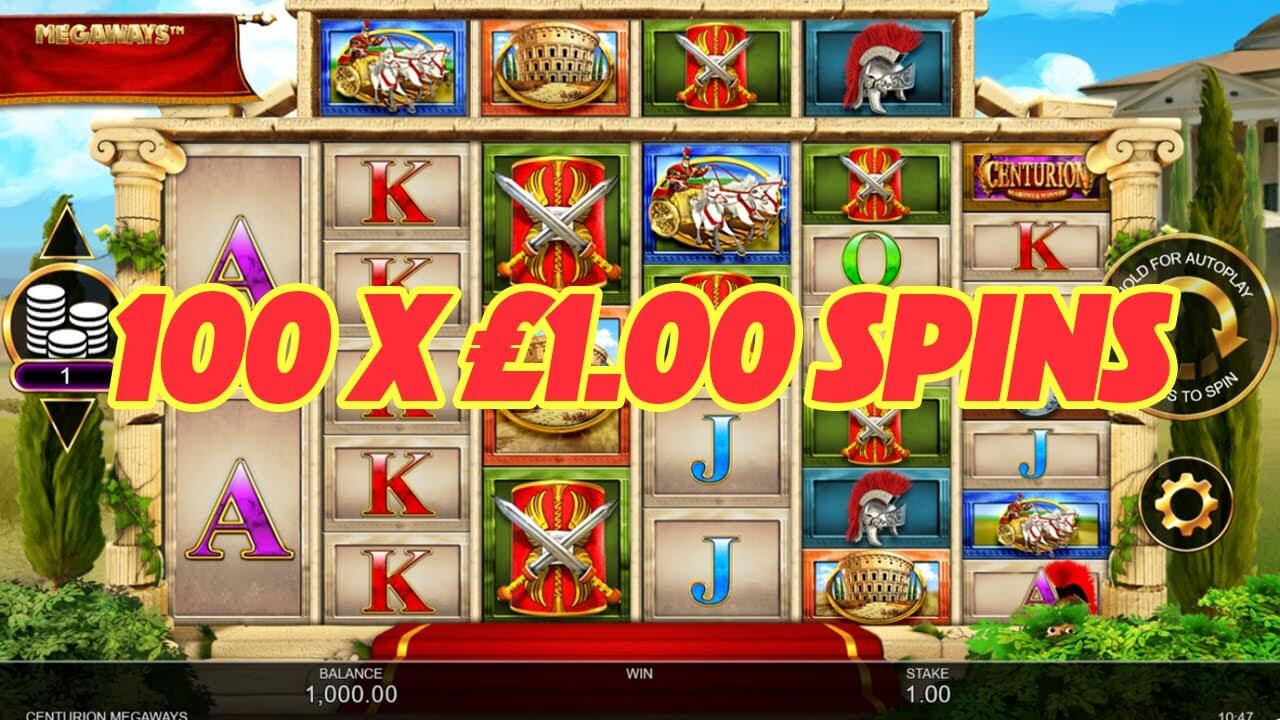 Centurion Megaways is absolutely packed with bonus features, so get your notepad out and have a look into some of the following.

The character to the side of the reels, the cheesy named Maximum Winnus, will pop out from time to time and award a random prize of either a 20x your stake win, all of the ways to win instantly unlocked, a set number of minimum ways unlocked, extra scatters on the reels or extra mystery symbols on the reels.

On top of this, there are tonnes of other features such as the Bonus Wheel, Caesar’s Free Spins, and Wild Power Spins. Quite an abundance of bonuses indeed.

Our Verdict on Centurion Megaways

The way that Inspired Gaming has integrated features of the Megaways engine into their own gameplay makes this game stand out we think. Play it alongside the best bingo online at Barbados Bingo today.

If you enjoyed our review of this game, why not learn more about Gem Zone Slot too?