Champions of Rome is an online slots game from the developer Yggdrasil. It offers players five reels, three rows and 20 fixed paylines of action. It is based on a theme of Ancient Rome and the gladiatorial combats that took place in the Colosseum, and you can see this famous arena filling up with spectators in the background behind the reels as you play. Read on to find out more about the game and Yggdrasil!

As well-informed readers might be able to tell from their name, Yggdrasil Gaming is a Scandinavian company. Their name refers to the tree of life which appears in Nordic mythology and links together the nine planes of existence. The company has its roots in Sweden, with its CEO being Fredrik Elmqvist, who has previously worked for iconic bingo UK games developer Net Entertainment. Yggdrasil has won awards for the quality of their work on online casino games, with them picking up the International Gaming Awards prize for Innovator of the Year in 2018.

Yggdrasil does not just develop online fruit machines, of course. They also develop games in the spheres of lotteries, keno games, and scratch cards. One characteristic of Yggdrasil’s slots games is their added complexity, with players often having much more influence over events on the reels than in many more random slots games.

Other Yggdrasil games bingo include: 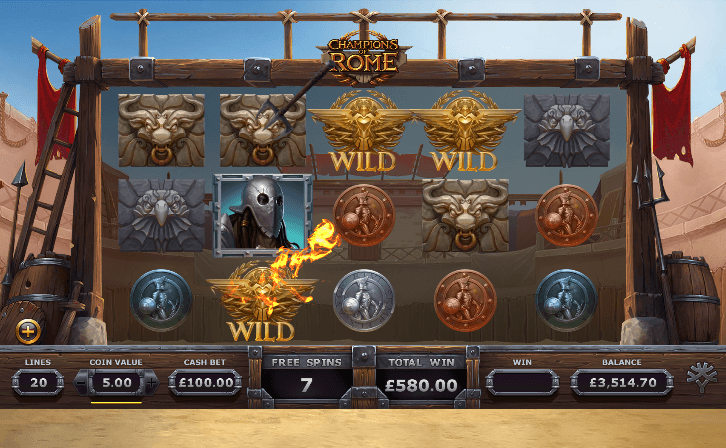 The graphics in this game are beautiful, with the detailed way that the images are rendered being something really worth noting. The music recalls dramatic film scores, and it certainly helps to create an immersive atmosphere for all players. The higher value symbols on the reels consist of three different gladiators and three animal statues. The game’s lower value symbols are coins of various colours.

The game’s wild symbol is the golden laurel, and this will substitute for all other symbols to create winning combinations, apart from the Free Spins symbol and the Beast bonus symbol.There are two free spins features available. Training Mode free spins gives you eight free spins and all the winnings that those spins generate. A feature called Death Match free spins offers you the chance to claim some bigger prizes, with 4x multipliers on offer.

The game’s other feature is the Gladiator feature, which is triggered when exactly two of the free spins symbols land in view. This opens up one of three different features – sword, mace or trident – which will provide you with wild symbols of various sizes on the reels, allowing you to pick up some wins. 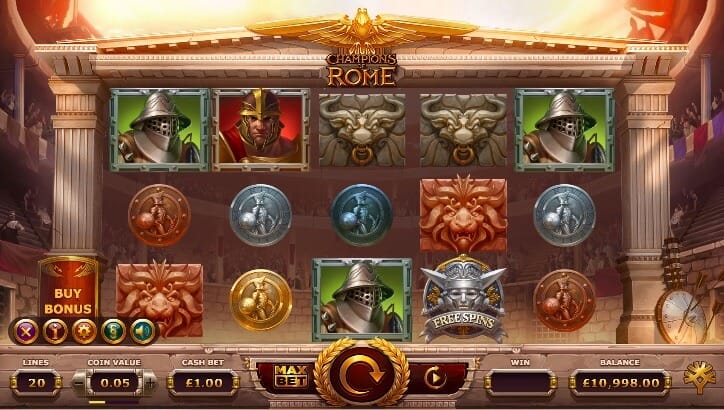 If you’re a fan of playing slots online then you should make sure you look out for Champions of Rome in your favourite online UK casino. The game looks superb, with outstanding graphics which are wonderfully detailed. There is a little more skill involved in playing the game’s bonus features than in many other online slots games too. If you’re looking for an online slots game which is a little bit different this is the game for you!

Ecuador Gold Slot is another popular title that can be accessed today at Barbados Bingo.