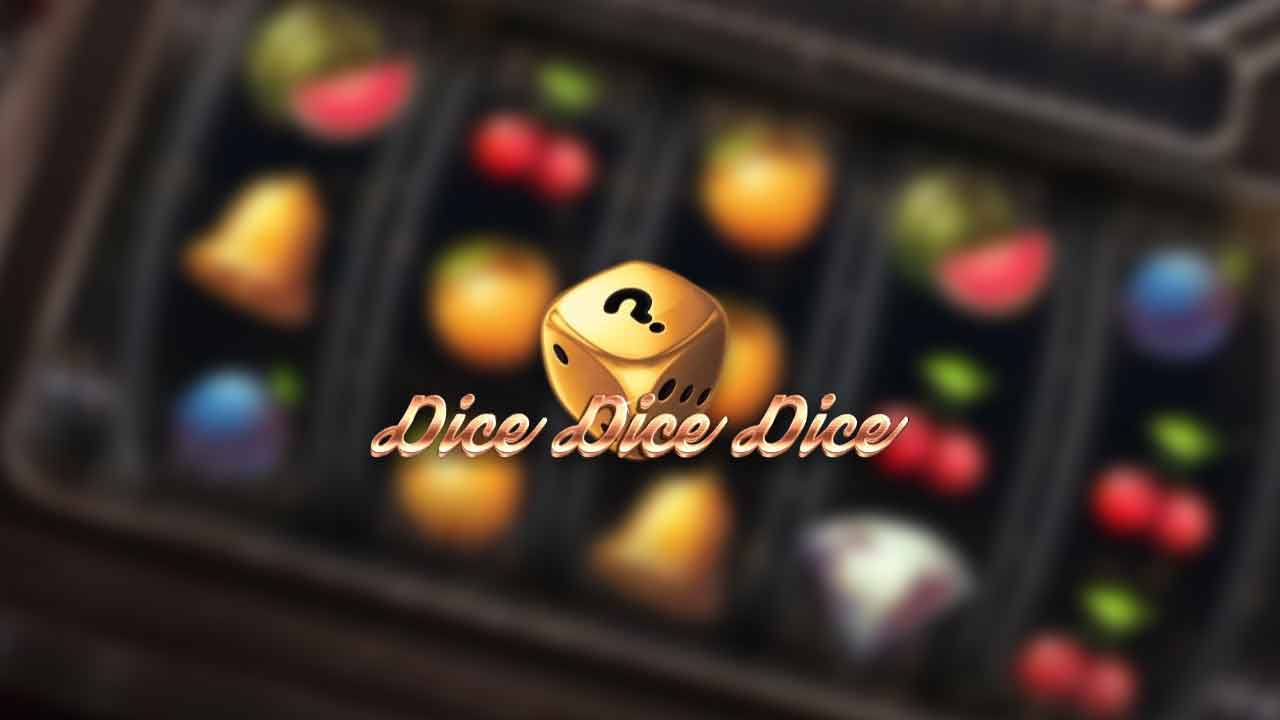 It comes with a classic pub themed gaming experience and with up-to-date modern graphics. Its symbols on the reels are the commonly used fruits  and you can create three or more winning combinations.

Famous for providing the world with exciting online slots and free bingo games to play now, Red Tiger Gaming is a casino games development company founded in 2014 by a group of veterans. Its headquarters is located in Douglas, Isle of Man.

Red Tiger Gaming partners with the best to bring to the world all the exciting games been created. William Hill and PokerStar are a few of the company's partners. Red Tiger Gaming successes have not gone unnoticed as their shelf keeps getting decorated with awards. Other Red Tiger Games include: 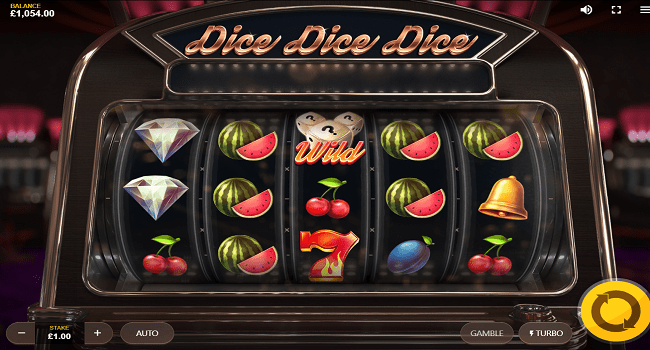 About This Casino Game

Dice Dice Dice is a classic fruit-themed game that comes with 10 pay lines and a maximum win of 5000x. It can be played on smartphones, desktops, and other various devices. Dice Dice Dice can also be played with a minimal amount of $0.10 and a maximum of $150. With an amount of $150, a regular combination will pay $22,500 as its highest payout for a single spin.

Dice Dice Dice can be played across numerous devices like a desktop, android/iOS apps, smartphones, televisions. This game has high volatility with an RTP of 94.69% which is significantly lower than the industry average

Lucky Dice Rolls, Rolling Respins, and Progressive Jackpot are three features this game has to offer. The lucky Dice feature can land on the middle reel, and when one of them falls and forms a win, it will roll, and the number it turns will be the multiplier value that is going to be applied to the win that the dice formed. It's even possible to land 2 or 3 dice and to cover the entire middle reel.

The Rolling Respins is a randomly activated feature, and when it is active, Lucky Dice are more probable to land. When they do land, the multiplier form the dice roll will be added from Respin to Respin, and that can reach really high.

There is no limit to the number of respins, which means you can rake up quite a number. Symbols in this game are cherries, plums, oranges, watermelons, bells, and diamonds.

Progressive Jackpot is triggered from the base game by landing three of the jackpot symbols, which will award either the Mega Pot shown to the left of the reels. There's also a Daily Jackpot, which must pay out before the time indicated. 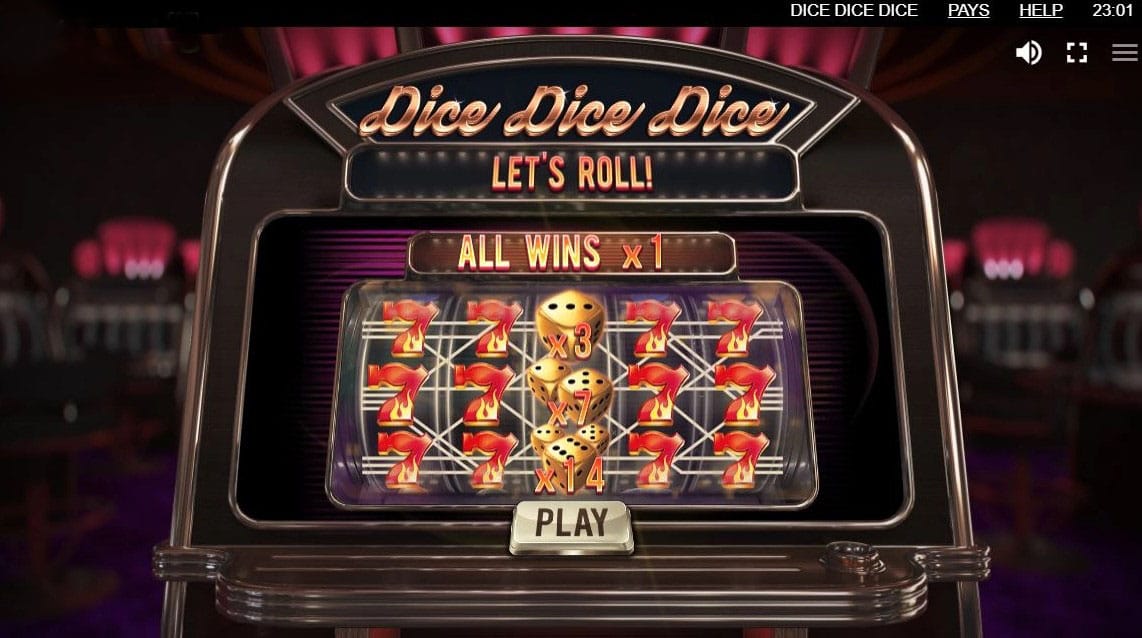 Dice Dice Dice may be the reason more accolades would be given to Red Tiger Gaming company; however, the simplicity of the game and the lack of more features could also be a turn-off for some gamers.

Rome: Caesar's Glory Slot is another popular title that can be accessed today at Barbados Bingo.