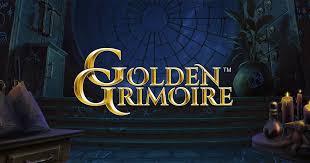 Golden Grimoire offers plenty of fun and entertainment to anyone who loves playing slots online. There are five reels, four rows and 40 fixed paylines of action for you to enjoy, as well as an appealing theme that is based around magic and casting spells. The setting for the reels is a wizard's castle, which has cobwebs, bottles of potion and other mysterious items cast about it.

Net Entertainment is a Swedish bingo UK games developer which was founded by Pontus Lindwall in 1996. Its roots, however, go back much further than that, right back to the early 1960s. That was when the father of Pontus, Bill Lindwall, founded a casino company called AB Restaurang Roulette with his business partner Rolf Lundström. They, of course, did not produce digital games, but their experience in the world of bricks and mortar casinos would prove invaluable when Net Ent started up.

Net Ent, as the company is often referred to, grew quickly over the first decade of its existence, and was floated on a stock exchange, the Nasdaq OMX Stockholm Mid Cap, for the first time in April 2007. The continued growth of Net Ent has seen the company expand its operations internationally away from Sweden. You can now find Net Ent offices in Malta, as well as in Stockholm, for example. Support for Net Ent products is available in 24 different languages, highlighting the company’s international reach.

There is a huge selection of Net Ent titles available, and you are sure to see at least some of these games bingo in your favorite online casino: 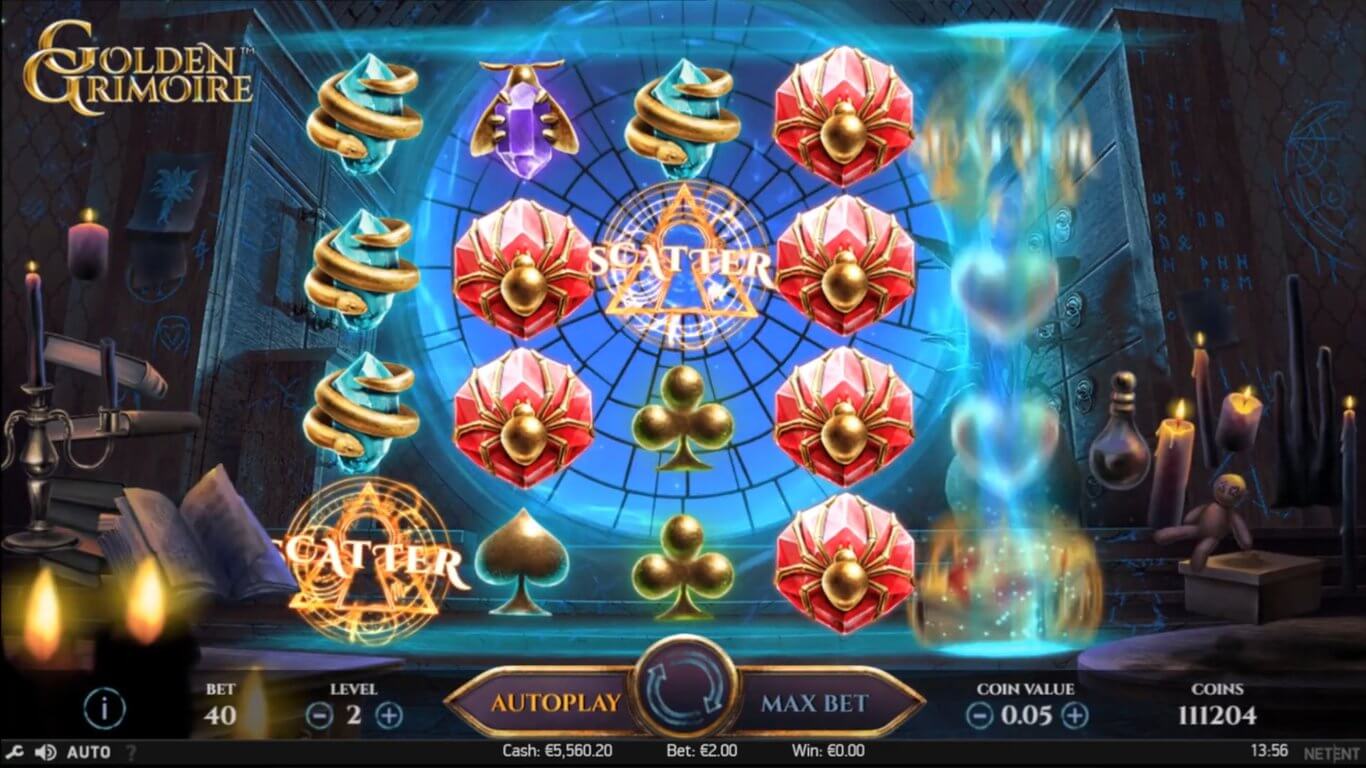 The introduction to this game is really outstanding, with dramatic music and magical imagery that swirls around in colours of purple and gold really taking you into a world of sorcery and secrets. It’s certainly much more cinematic that much of what you would find in other online slots games.

The higher value symbols that the game deploys on the reels consist of gemstones, with mysterious symbols being carved onto the gems. As with many other online fruit machines, playing card symbols are used for the lower value images. The game’s mystery symbol is the grimoire, or spellbook, of the title, and this will change into other symbols to create winning combinations on the reels for you. This symbol only appears on the third, fourth and fifth reels.

The skull symbols functions as the game’s wild, and this will substitute for all other symbols to create winning combinations apart from the mystery and scatter symbols. The scatter symbol is easy to spot as it is the word ‘scatter’ set in front of a keyhole. If three of these keyhole symbols If three scatter symbols land on reels one, three or five you will be awarded eight free spins.

If you like playing fruit machines online, Golden Grimoire is definitely a game worth finding in your favourite online UK casino. Its stunning opening introduction certainly takes you into a world of magical mystery that is highly immersive. There are plenty of chances to take home some big wins from the game’s bonus features, and the gameplay is very slick and smooth. This game offers a really cinematic experience to lovers of playing slots games online.

Safari King Slot is another popular title that can be accessed today at Barbados Bingo.