Safari King is an online slots game from the developer Pragmatic Play. It offers players five reels, four rows and five fixed paylines of action to enjoy. As you might be able to tell from the title, this is a game based around the wildlife of Africa. If you enjoy playing slots online and watching documentaries about wild animals, this could be the perfect online casino game for you.

Pragmatic Play is one of many bingo UK gaming companies that now base their operations on the Mediterranean island of Malta. Support for their gaming products is available in 31 different languages, though, highlighting the international reach of their operations. Pragmatic has a catalogue of over 80 slots and casino games now available at a range of online casinos across the web. They have certificates and licences to operate in 20 countries, and they now have offices in Gibraltar, the Philippines, India, Romania, Ukraine and the United Kingdom.

Given that international reach, it should be no surprise that Pragmatic have commercial relationships with major bookmakers and online casino operators, including Mr Green and William Hill. The company offers an easy to use API, which can be used by operators to integrate games into their own systems with relative ease.

Other games bingo from Pragmatic Play include: 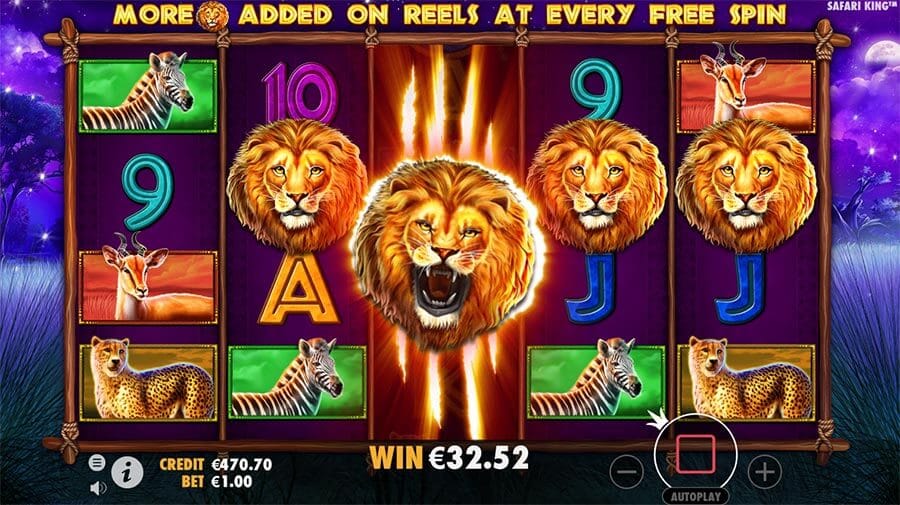 The action in Safari King takes place on reels which are set in a wooden frame, with the African savannah forming the backdrop. Drums underpin the rolling musical score that helps to create an immersive atmosphere. The odd example of African bird life will also cross the sky behind the reels once in a while, adding yet more detail.

The lower value symbols on the reels are pretty typical of what you will find in many online fruit machines, being letters and numbers. The higher value symbols on the reels are animals that you will find in the African wilderness, including an elephant, rhino, cheetah and an antelope. The game’s wild is the Safari King himself, the lion. The lion will only appear on reels two to five, and he substitutes for all other symbols to form winning combinations.

The only symbol that the wild cannot replace is the bonus symbol, which is easy to spot, as it is a blue gemstone with ‘Bonus’ emblazoned across it. If three of these symbols land anywhere on reels one, three or five you will receive eight free spins. If a bonus symbol appears during a free spin you will receive another free spin. Wild symbols are also added to the reels during the free spins to boost your chances of winning. 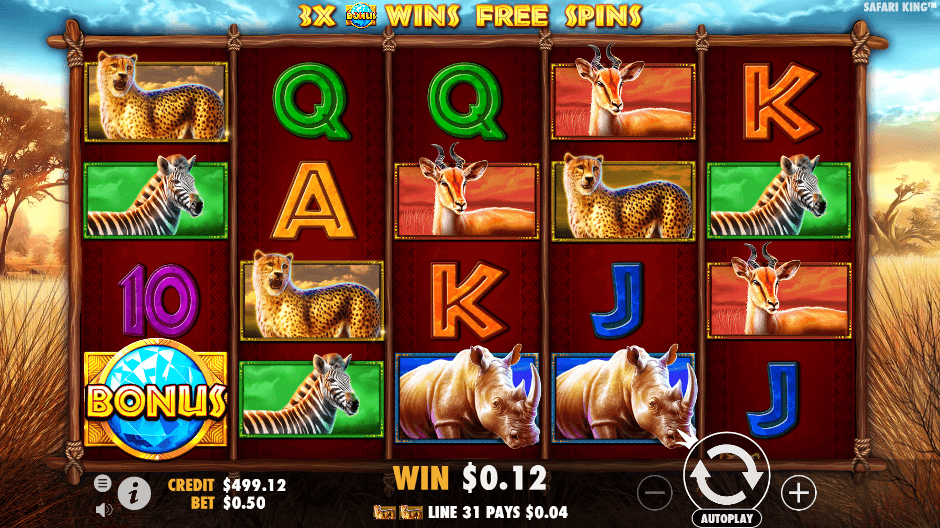 Overall, Safari King is an entertaining slots game which should appeal to fans of nature documentaries as well as to committed slots gamers. The game looks good, with some of the images of the animals beautifully rendered, and there is plenty of chance to win big prizes in the free spins feature. Look out for Safari King in your favourite online UK casino!

Champions of Rome Slot is another popular title that can be accessed today at Barbados Bingo.