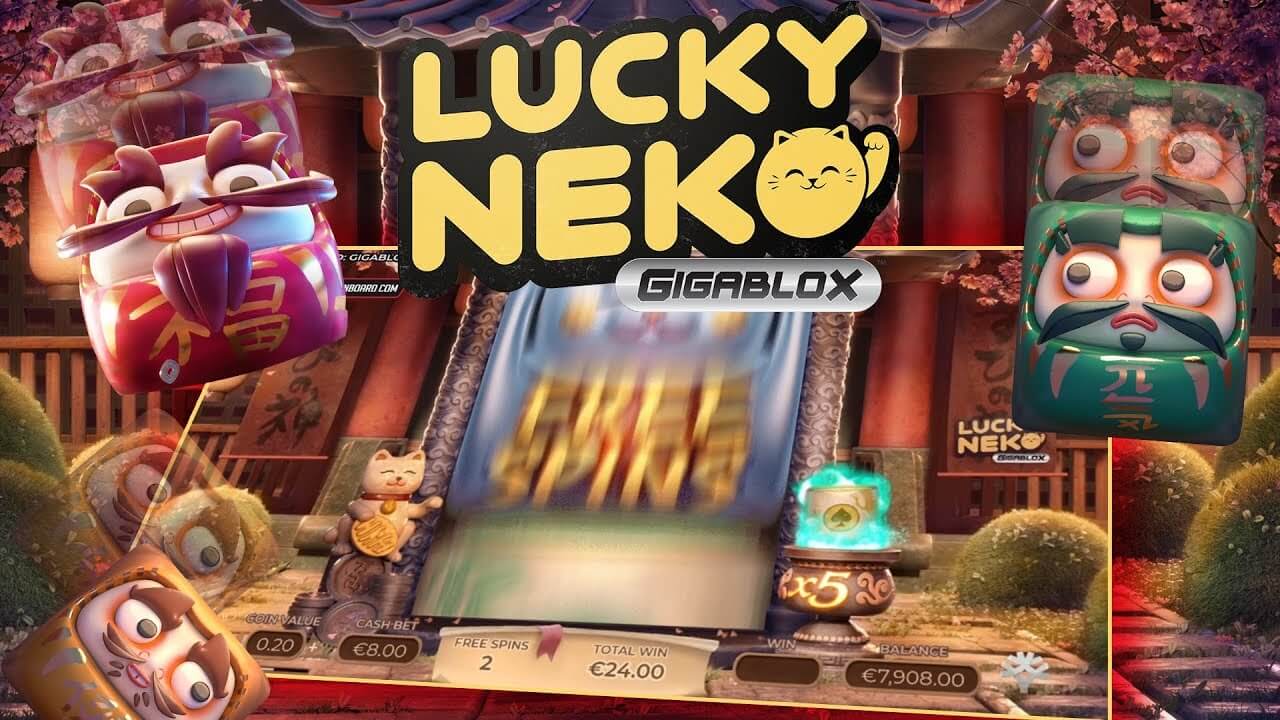 Cash in on traditional Japanese luck through the lucky charms presented in Lucky Neko, the name of the latest of Yggdrasil Gaming’s online slot games, which gives us a look into the arts and culture of Japan through Daruma dolls.

There’s an extra reel than normal here bringing it up to six over three rows, which can expand in the awesome bonus features in Lucky Neko. These are presented across a background of a Japanese store with traditional art on the shelves, a lovely design with great attention to detail that helps with the immersive feel this game has to offer.

With a maximum win of 6950x your stake and an above-average RTP of 96.4%, this numbers in this slot certainly check out in terms of payout potential.

Play Lucky Neko with anywhere between £0.08 and £100 credits across all devices (mobile, laptop or desktop) at online bingo UK site Barbados Bingo.

About Yggdrasil Gaming - The Pioneers Behind Lucky Neko Slot

It’s fair to say that Yggdrasil Gaming are one of our favourite online bingo and slots developers in the world. A big statement, perhaps, but one that we feel is certainly justified simply due to their ability to just produce great slots and bingo games free online.

They’ve only been around for seven years, having been formed in 2013, but the Maltese outfit have really come into their own over these years and made a name for themselves in doing so.

Some of the reasons for this is their choice to use the i-Gaming software platform, which provides some of the best graphics in online casino. On top of this, their bonus features are exciting to play and have the potential to be very lucrative if you’re so lucky to get the best out of them. 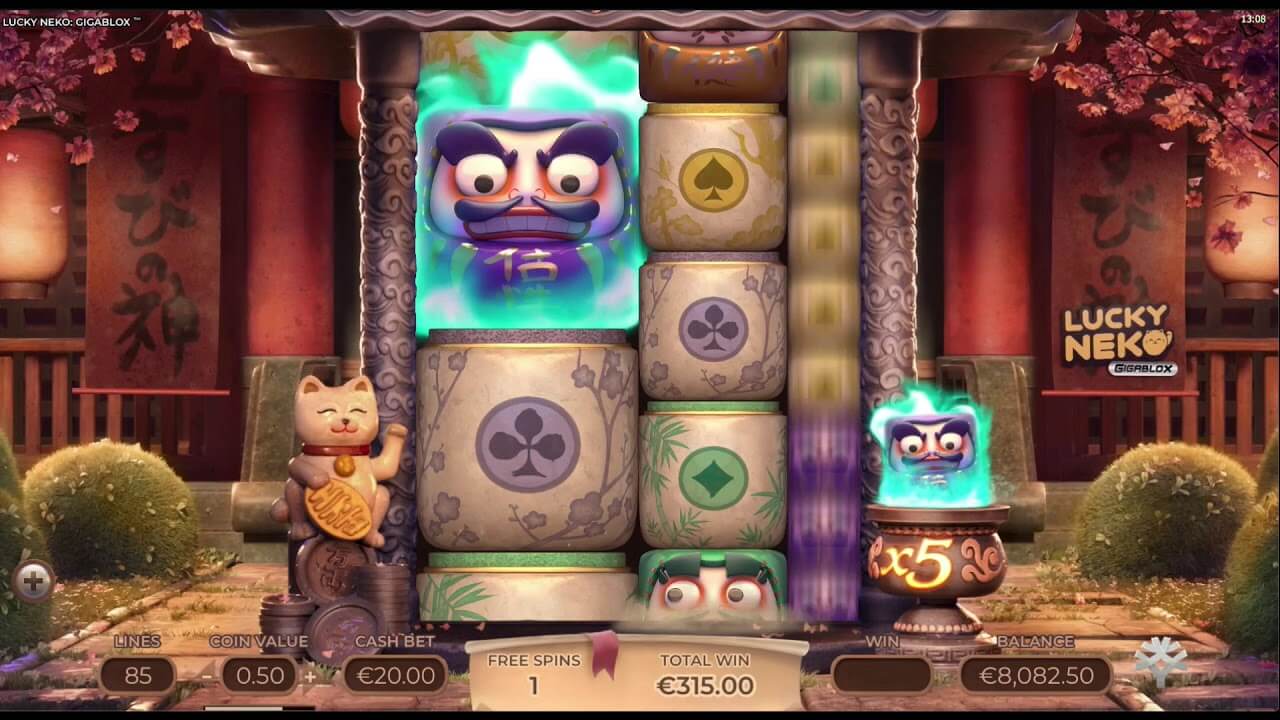 Playing Lucky Neko - What to Expect

Lucky Neko boasts Yggdrasil’s own reel mechanic system that they call Gigablox. When a slot or bingo online developer develops their own reel mechanics it can be a little hit and miss, but this is one is certainly a hit due to the cool synced reels which can land symbols up to 6x6 in size during the bonus features or 4x4 in the base game.

Said symbols include the lower value ones of the suite of cards: diamonds, clubs, hearts and spades. The higher valued symbols follow the theme of the game more closely, and include porcelain jars, different coloured Daruma dolls (orange, red, purple and green - all worth different values) and then a wild symbol of a golden cat on a tile plus a scatter which is the Lucky Neko itself. 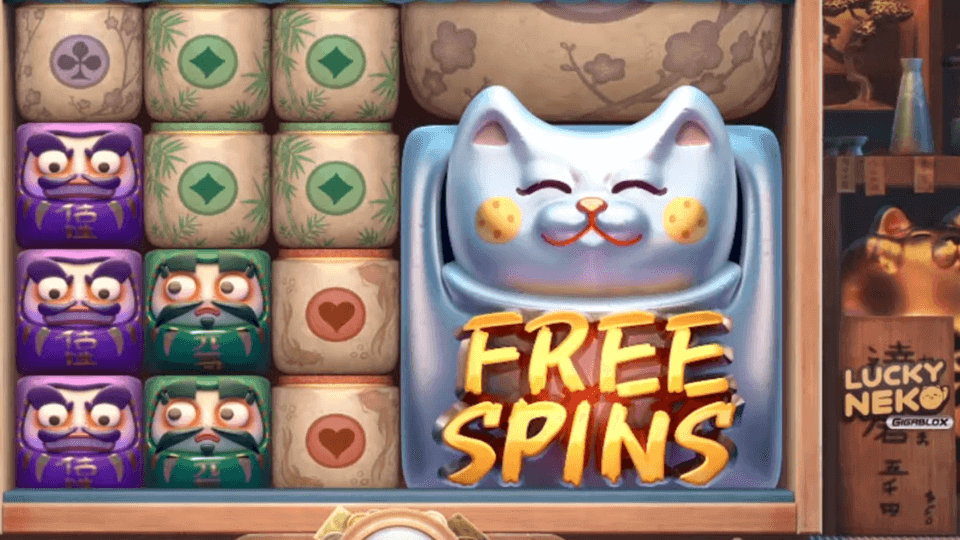 Lucky Neko boasts the slot bonus of linked reels, meaning that symbols can come in blocks of 4x4 in the base game or 6x6 in the bonus game thanks to Yggdrasil Gaming’s Gigablox reel mechanics. To increase the size of the reels and the symbols, land the Blessed Symbol, which also contains a 5x multiplier.

During this bonus game, there are more ways to win thanks to the synced reels and larger symbols, which can bring a max win of 1600x your stake from a single spin.

Further to this, Lucky Neko has a cool free spins round which is activated by landing five or more cat tile scatters anywhere on the reels. You’ll get one spin per scatter up to a maximum of 18, and these can be added too during the free spins with any scatter that lands.

We love the new reel mechanics from Yggdrasil - just one more thing to enjoy about the Maltese online bingo and slots development outfit. With the free spins feature to accompany this and the lush graphics too, this could probably go down as one of the best slot games online right now.