Maltese online free bingo and slots developers Yggdrasil Gaming are taking us into their jungle in their latest slot escapade, Multifly!, and in fine style too with lovely graphics and excellent design work.

Multifly! is configured over a classic 5x3 reel set-up but comes with a much higher than average 243 ways to win and a very satisfying RTP of 96.43% too. On top of this, there are a couple of cool slot bonuses thrown in that, if you play right, could land you the max payout in Multifly! of 10,000x your stake.

This stake can be anywhere between 20p and £100 dependant on how brave you’re feeling going into the jungle, but if you did hit the jackpot on that £100 stake then you could win as much as a very cool million.

The hit rate for Multifly! comes in at 17% which is definitely on the low side, but when you take into account that it is a reasonably high variance slot then this is probably to be expected.

Anyhow, Multifly! is a good game to play and you can do so across all devices at online bingo and slots casino Barbados Bingo right now

Considering that Yggdrasil Gaming have just recently celebrated their seventh birthday having been formed as a company just seven years ago back in 2013, they have produced an awful lot of top level online bingo and slot games.

The guys use the flawless i-Gaming software in the development process of their casino games which explains why the graphics are so consistently good, and on top of this they make great slot bonuses too.

Here are a few of our favorite bingo game and slots from Yggdrasil Gaming to this date: 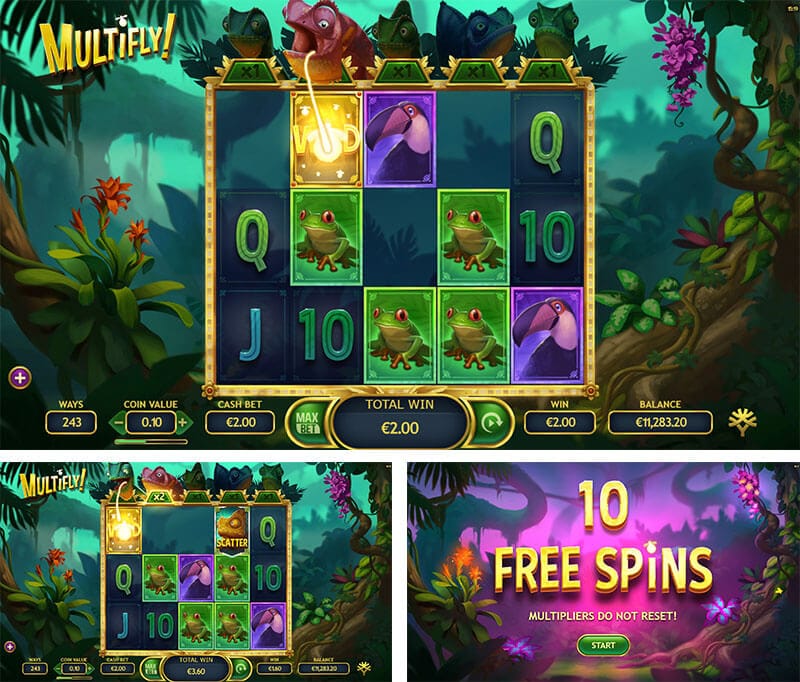 Playing Multifly! - What to Expect

The graphics and soundtrack of Multifly! are equally exciting and immersive, and the jungle theme carries through to the symbols too. Once you get past the classic Royal symbols of A, K, J, Q, 9 and 10 you can see iguanas, frogs and the most valuable symbol of the parrot.

To win from any of the above, land three from left to right. After this, those symbols will disappear and further symbols will drop into their places, meaning that you can technically win multiple times from a single spin! 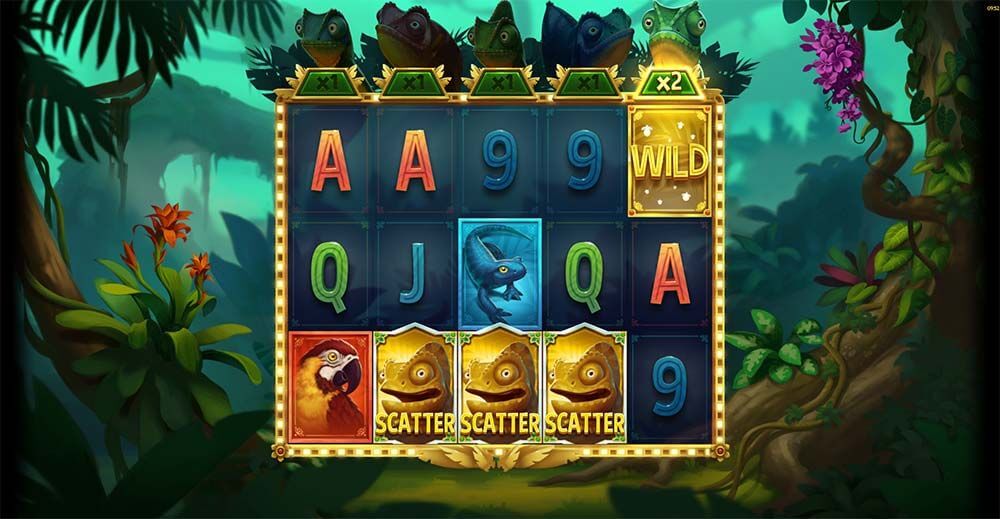 On top of the dropdown feature mentioned above, where the symbols are replaced by symbols above, Multifly! also flexes the Reel Multipliers bonus feature. Simply land a golden wild symbol anywhere on the reels and a 1x multiplier is added to the reel it lands on, which can go up and up and up.

This wild also places the role of transforming into any symbol on the reels in the hope of assisting you with a winning combination in doing so.

The multipliers don’t just add to each other if more than one golden wild lands on the same reel by the way - nope, they multiply each other. That means that they go up in increments of 2x, 4x, 8x, and 16x.

And there’s more! Multifly! also contains a Free Spins bonus round. Land three scatter symbols, which are the chameleons, and you’ll get 10 free spins. Land more scatters, win more free spins. And they can be re-triggered during the game too. Each time you re-trigger free spins, the multiplier increases by 1x too up to a maximum, but it is during this that if you manage to hit a streak, you can get real close to the max win.

With an exciting jungle theme and awesome slot bonuses, this is not one to miss.

You can play bingo online and take ahold of excellent bingo promotions and bingo bonuses, or play slots such as Multifly! and slots and bingo online casino Barbados Bingo today.

If you have enjoyed MultiFly Slot, why not try another exciting game at Barbados - such as Cheeky Fruits 6 Deluxe Slot.