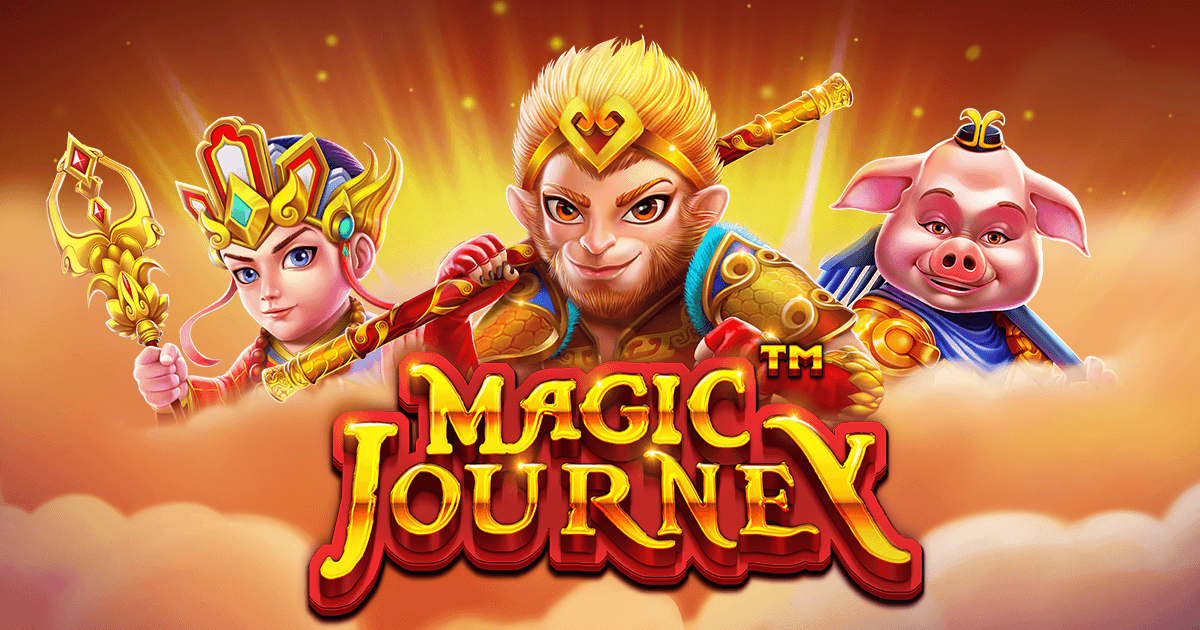 Barbados Bingo may be your number one spot for online bingo games, but did you know that you can also find slot games like Magic Journey online here too? Now you know. This new online slot game takes place with 8 ways and 3 reels and has a 96.54%% RTP.

You can try your hands on this Chinese themed slot for between $0.20 to $100 for a spin, but there is so much more you'll find out after we take a brief look at the slot developer.

Pragmatic Play is a constant name in every conversation involving game developers of table games, online video slots, scratchcards, bingo games, and even video poker. This is one developer that has fast become increasingly famous at UK online casinos.

The pragmatic play started off in South America and was initially known as 'TopGame.' This casino game developer began to deliver games mainly to the United States, but quickly expanded and gained some grounds in the European casino markets as well.

Pragmatic play has won many awards, including the In 2017 Software Rising Star award during the EGR awards, and also recently won the Innovation in online Slot Provision EGR award. Pragmatic play now has its office in Malta. 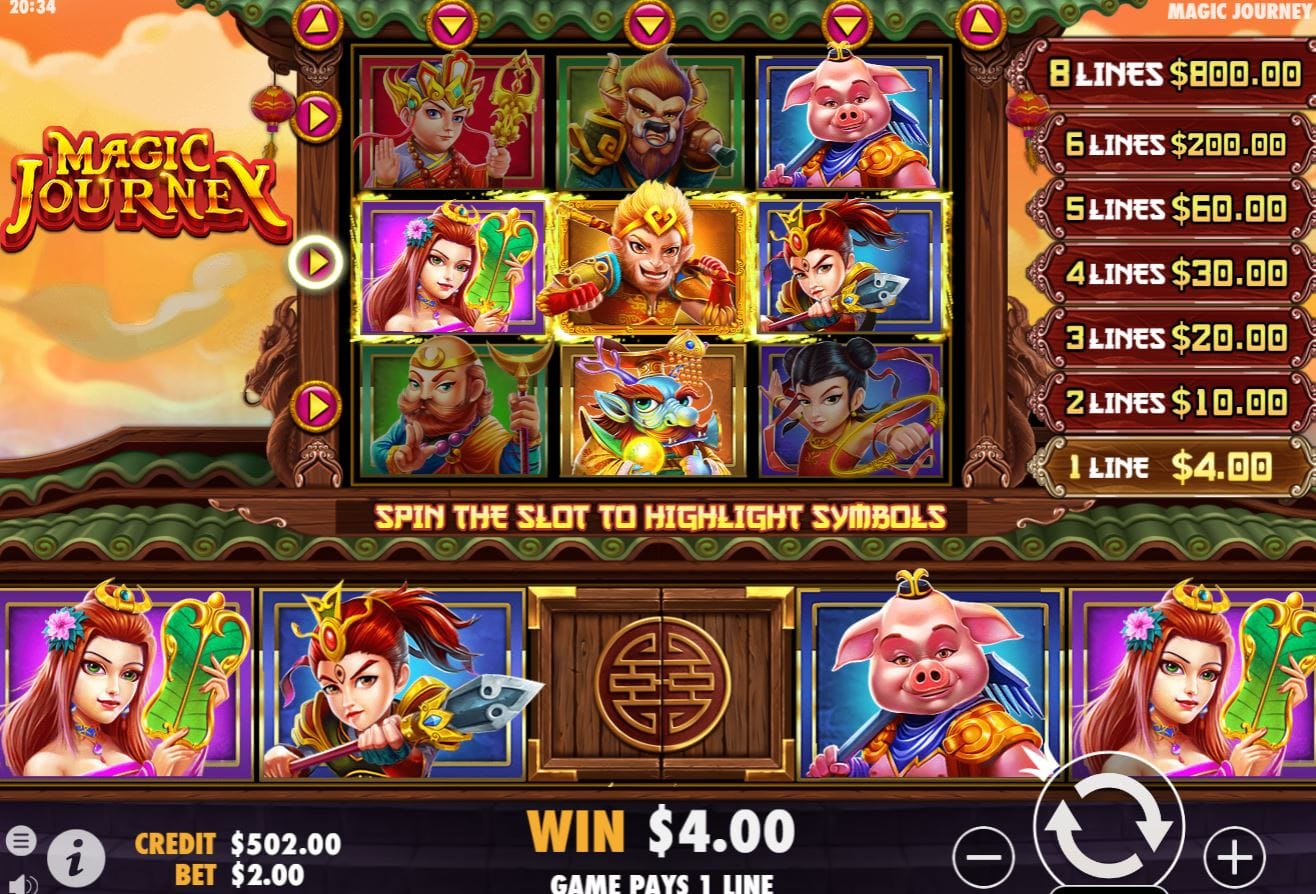 As earlier mentioned, the Magic Journey online slot is an exciting casino game themed around the Chinese culture and their legends. This free bingo game is a highly volatile one that can easily be accessed from any smart devices such as tablets, mobile phones, and computers. The Magic journey online slot is a very unusual one, and it comes in with some fantastic bonus features.

This online slot game is a game of 3×3 reel, and that means a whole 9 positions can be spotted on the reels with a total of 9 different characters. Magic Journey online slot looks very good on smartphones, as well as on desktop.

This slot game is a 3 reels and 8 winning way games, but it seems as if you are playing a five reel video slot. You will spot some high paying symbols on the gaming reels, including the most rewarding Monkey King symbol that also acts as a wild symbol. 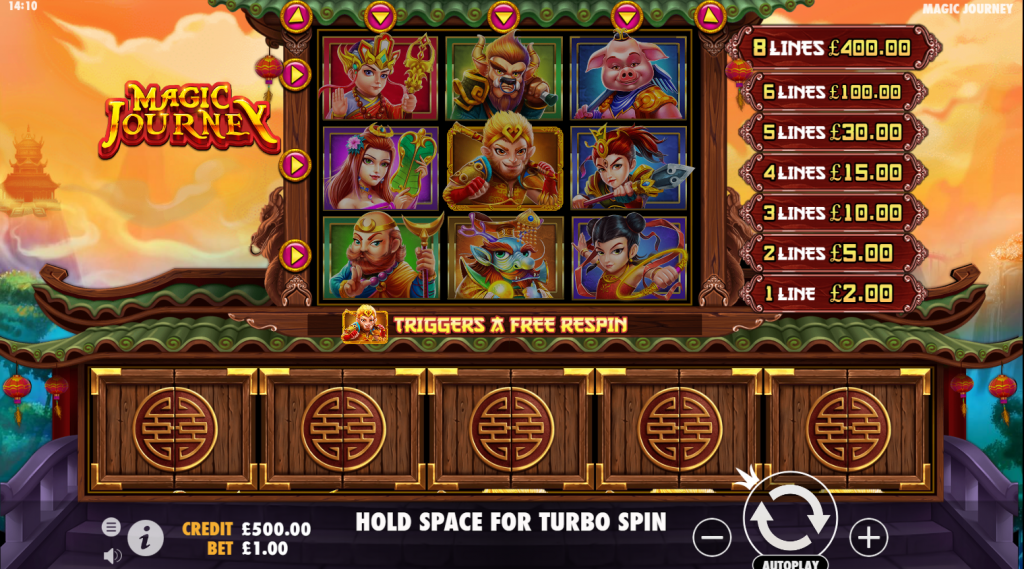 The graphics of the Magic Journey online slot is something people are not even ready for because it is proof of hard work on the part of the designer. This high volatility slot game has an RTP of 96.54% and pays a max of 400x times of your bet amount. This is an excellent reason to visit Barbados bingo, coupled with the fact that there are several games like this that you can enjoy!

Double Lucky Line Slot is another popular title that can be accessed today at Barbados Bingo.