Reel Rush takes it back to basics with its retro visuals and quirky audio that harken back to the days of old school video games. Get ready as you delve into this fast-paced game which will keep you on your toes as you take on the challenge of finding that elusive jackpot. The good news is that the chances of winning are sky high in Reel Rush! It may have a more basic look compared to other games but looks are deceiving! There are a staggering 3,125 ways to win when playing Reel Rush.

Reel Rush is the brainchild of old school developer NetEnt, formerly Net Entertainment. With offices in mainland Europe, Malta and the USA, they are the cornerstone of the online gambling bingo gaming market. NetEnt was founded in 1996 and was the first company to use Java to develop an online casino. Since then, they have gone from strength to strength with over 200 games and handling 36 billion online gaming transactions in 2016 alone! Below is a list of some of the great games you will find from NetEnt: 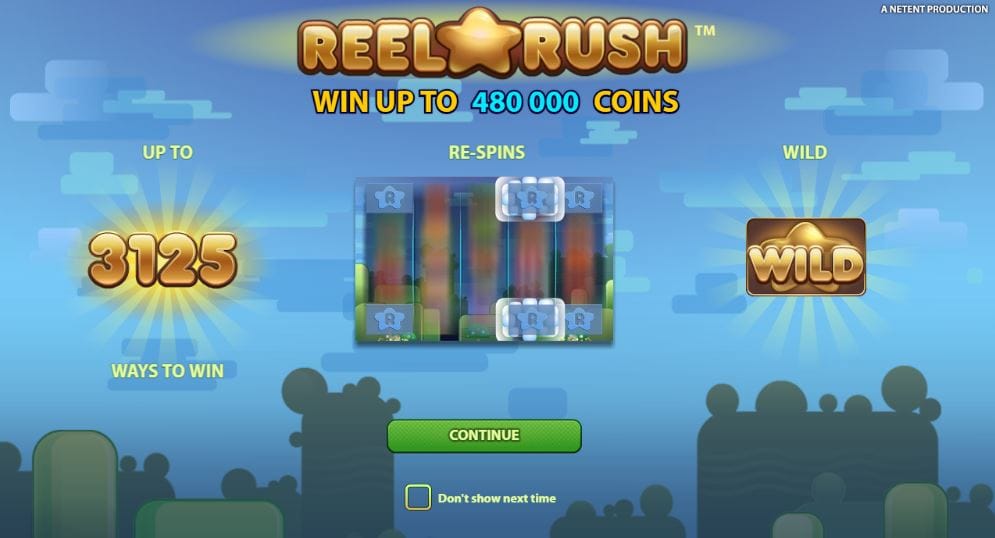 It's all non stop action with Reel Rush in this fast paced game brought to you by industry legend NetEnt. It features similar controls to other games in their portfolio and will undoubtedly bring the player endless enjoyment and entertainment. It's vibrant colours and retro soundtrack will be a guaranteed hit, along with the generous payouts of course!

The symbols featured are vibrant fruit candy icons with the smaller symbols giving the lowest payout while the biggest symbols are where the real money is at. Reel Rush features 5 reels and the amazing 3,125 ways to win plus bonus features that guarantee payouts.

There are Wild symbols, Free Spins and Re-Spins, all designed to pay big with the right combination. After the 5th re-spin is activated, players are given a jumbo 8 free re-spins which could potentially leads to the ultimate jackpot!

Because there are some many wilds to begin with (appearing on reels 2,3,4 and 5) it is almost impossible not to win! This is what makes Reel Rush stand out from other conventional games and will undoubtedly attract players looking for some fast paced, easy money. 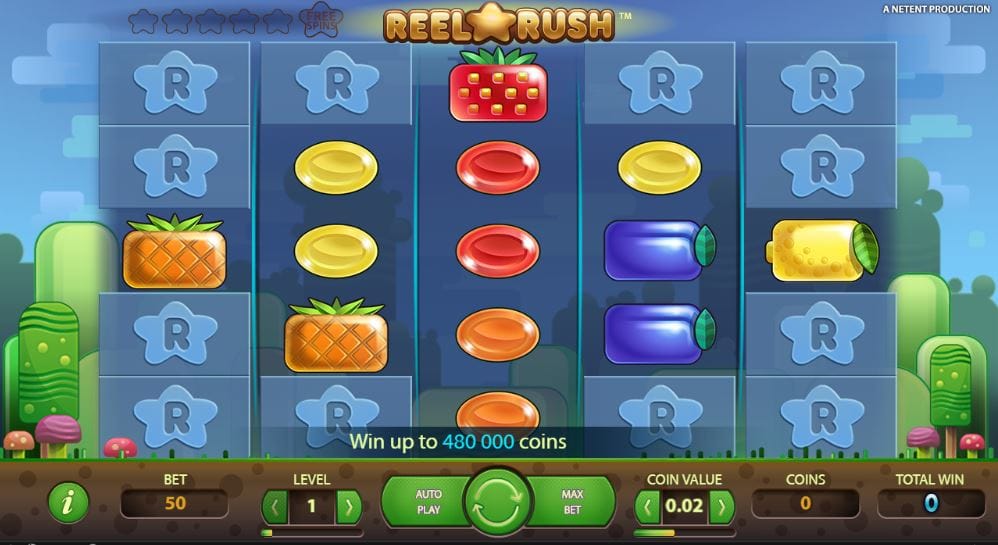 Some players will look at the aesthetics of Reel Rush and think nothing more about it. But this fun, retro game with its bright, vibrant colours has plenty of action and all the thrills and spills you could want out of an online game. It will appeal to veteran NetEnt players and newcomers alike. It has an intuitive and easy to use interface and a simplistic play style that is certain to draw a crowd, no matter if they are a high stakes roller or just a casual gamer. Let's not forget the game offers huge rewards and fantastic opportunities to keep the good times rolling with the hefty amount of free spins and wild plays.

Have some more fun and try playing bingo games at Barbados Bingo!