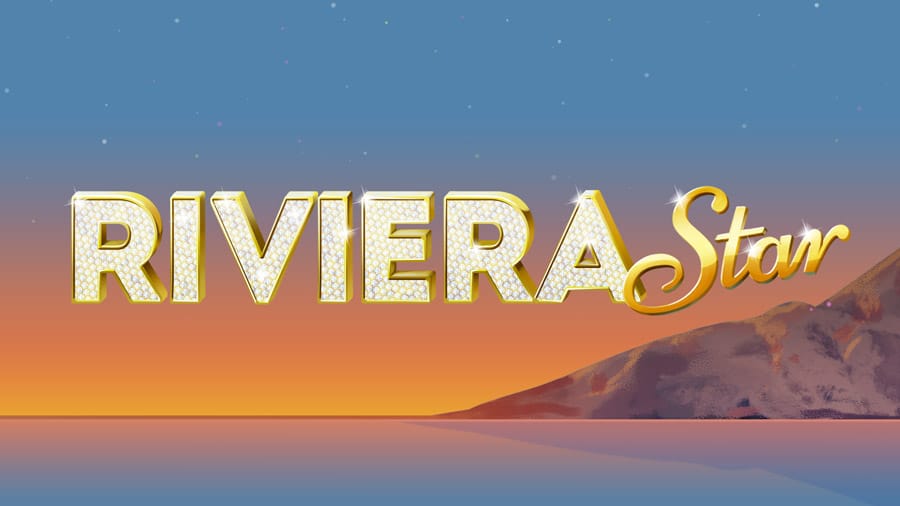 Riviera Star online slot is doubtlessly one of the most exciting slot games released by Fantasma Games. It features 5 reels, 3 rows, and 20 paylines. The RTP of the game stands at 96.26% and the volatility is low to medium.

The video slot revolves around 4 dubious guests at the Riviera casino. They are represented alongside other symbols with colorful characters. Play it today at Barbados Bingo the right place for casino bingo online.

Riviera Star is powered by Fantasma Games, a team of experienced online gaming experts who came together in 2017 to start a company. It is based in Stockholm from where it has released quite a number of exciting slot games since inception.

One feature that attracts players to Fantasma Games’ slot is their smooth and immersive gameplay. Other free bingo slots that have been released by Fantasma Games include: 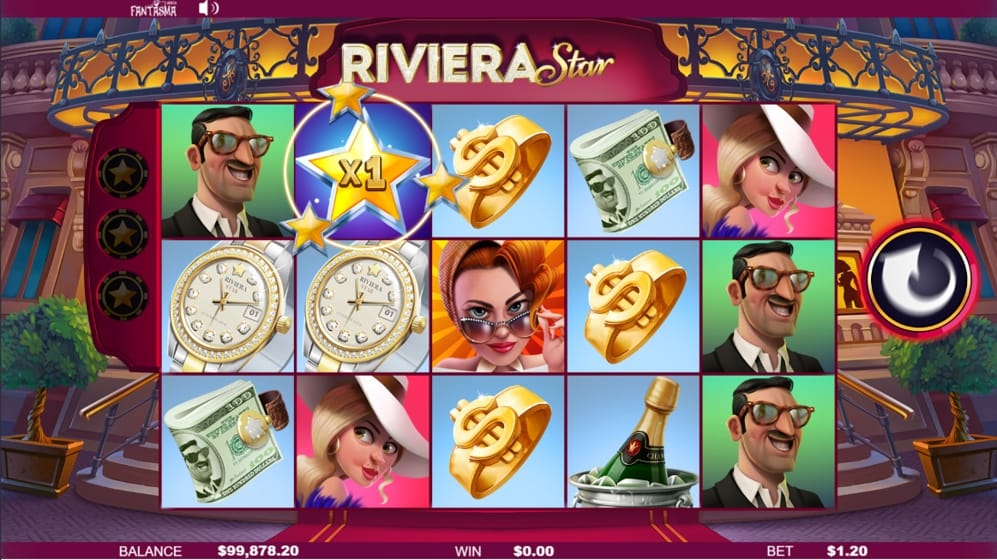 The slot offers you 20 paylines and you are allowed to wager between 0.20 to 100 coins for each spin. It is built with JS/HTML5 and therefore can be played on desktop and mobile devices.

Lower paying symbols in the slot include a burning stogie, a clip of banknotes, champagne on ice, a high-end watch, and a dollar sign gold ring. The higher paying symbols are the 4 dubious characters which include the Panama hat lady, the bearded hipster, the glasses guy, and a Wilma Flinstone lookalike.

Also included in the slot are wilds and scatters. The superstar symbol represents the wild while the scatter is the bonus symbol. 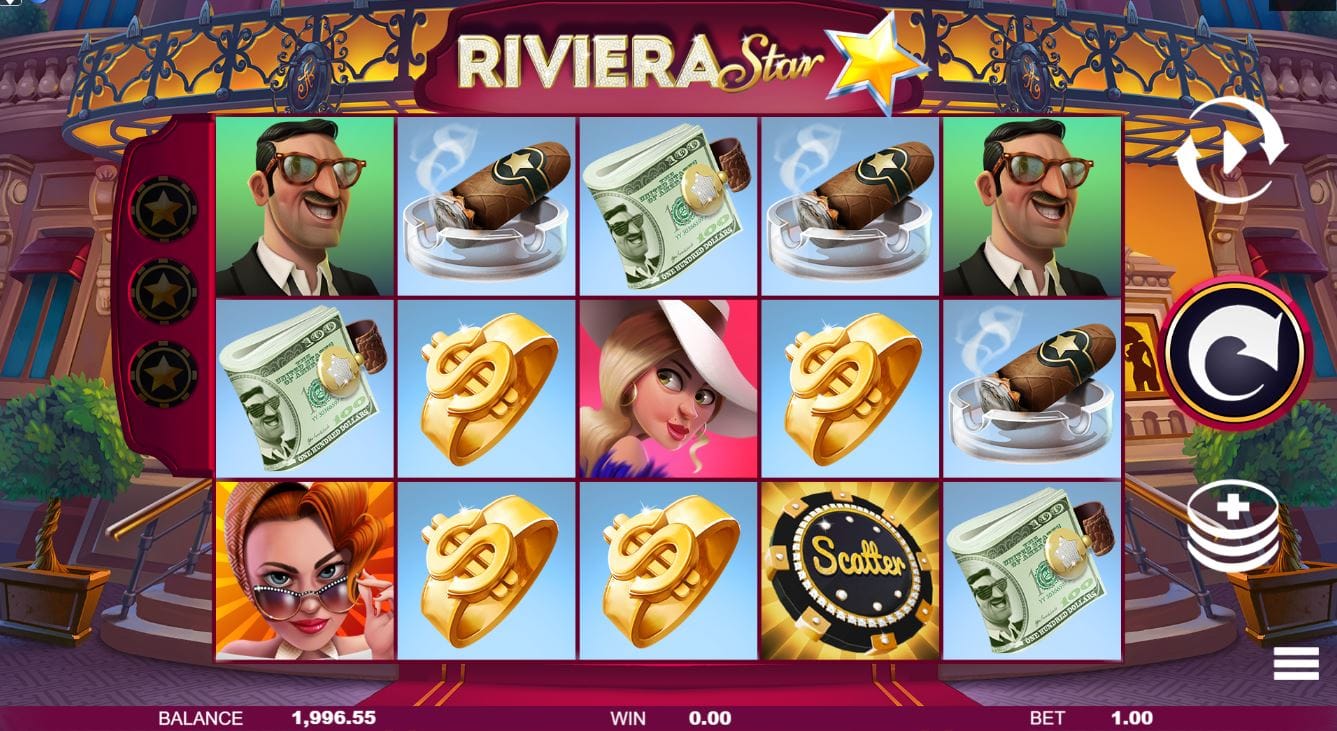 It comes to an end when you no longer landing a matching combination or when the grid gets covered. You get your wins and return to the base game.

This feature is randomly triggered at the start of any spin during the base game. Only one can be activated at a time. When it is activated, the superstar symbol randomly appears on reels 2 to 4. This superstar symbol which is the sticky wild comes with a multiplier.

When 3 or more scatters are landed in a spin, you activate 10 free spins. The bonus meter displays the number of the bonus scatter symbols matched. 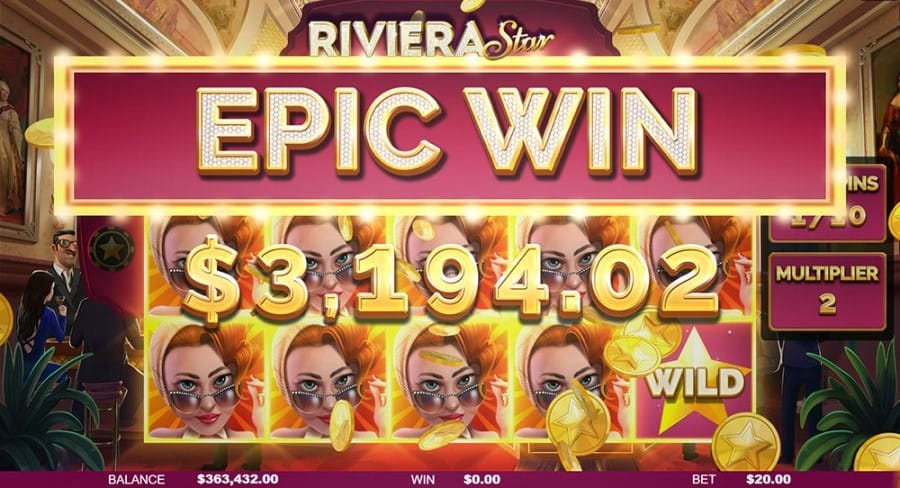 Riviera Star is quite an exciting video slot that offers an engaging gaming experience. The graphics, animations, and soundtrack help you enjoy the gameplay.

The base wins do not seem to be attractive enough but the bonus features cover up for that. The respins also offer game players more winning opportunities as long as they can land matching symbols.

In summary, Riviera Star may not be as described in the game blurb but it definitely a game worth trying. You can check out the game on Barbados Bingo and our other games, like the Master Joker slot, and play some online bingo.