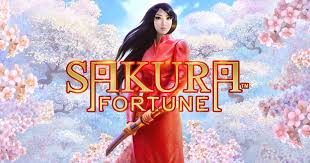 Travel all the way to the beautiful country of Japan, where you will meet the beautiful yet dangerous Princess who fights against the evil Emperors. This 5-reel, 40 pay line online play bingo slot game features some stunning 3D graphics, impressive animations and relaxing sound effects which enhance the gameplay experience perfectly.

Quickspin are known around the world for their innovative, high-quality casino slot games even though they are relatively new to the scene, having launched in 2011. They are a Swedish company who focus heavily on classic 5-reel slots games, and their games are enjoyed by players all around the world.

The founders of Quickspin have a great amount of experience in the online casino arena, with two of them having previously worked at online casino giant Net Entertainment, and another having worked at UniBet in the past. Their joint knowledge of the online casino industry has allowed them to create some of the best loved games around, including:

Any many more here! 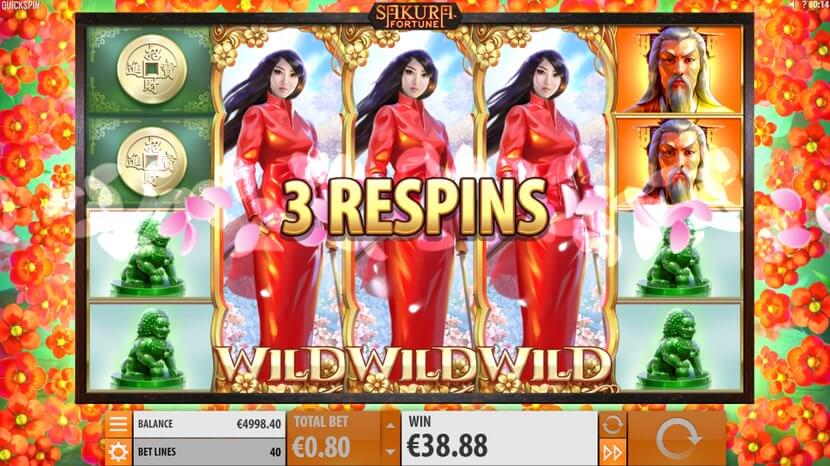 To start playing Sakura Fortune, you must first set your bet amount. Pressing on the Total Bet button will allow you to set the amount you want to bet from as little as 0.20 or as much as 80.00. This game also has an Autoplay feature which will make the reels spin automatically for as many spins as you would like without having to set them each time. When you are ready to play, just press the Spin button!

The Princess herself is the Wild symbol here, and when she appears on the reels she acts as a substitute for all other symbols apart from the Scatter. She will appear only on reels 2, 3 and 4 both in the main game and in the free spins feature.

The Scatter symbol is the Lotus Flower, and when you get at least 3 of these on the winning pay line you will trigger the Free Spins bonus feature. The following are the rules for the Free Spins feature:

· Re-Spin: The re-spin feature is triggered when two full stacks of the Wild symbol appear on the main game. The total number of stacked Wild symbols will determine the amount of re-spins you will get. Note: During the re-spins feature, the Wilds will maintain their positions on the reels.

· Free Spins – When you get 3 or more Scatter symbols in a row starting from the leftmost reel will trigger 10 free spins. During this bonus round, and Wild symbol which lands on the reels will expand to cover the whole reel and remain in that position until the feature ends, and you will be given one extra free spin. 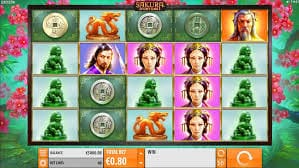 Sakura Fortune is everything that you'd expect from a far-eastern slot game and more. A game packed with exciting bonuses that are sure to boost your chances of taking in big winnings! When it comes to impressive prizes, this game can be rated to the same level of bingo games by some. The spiritual setting is something that also doesn't go amiss.