Secret of the Stones

Follow the ancient and mysterious Druid and try to unlock the power and magic that lie within the mystical stones as you play this NetEnt online slot game Secret of the Stone. This slot game takes its theme from Celtic mythology and the time of the Druids. The stones in this game take on the form of animals: a bull, a wolf, an owl, a snake and all are adorned in a Celtic design. Other symbols include a mighty tree and the Druid himself. The audio completes the mystical theme and the reels roll with the very pleasing sound of stone moving. Get ready to step up and play this mythical bingo online UK game.

NetEnt is known for creating user friendly and highly engaging online slots for players. Their games are generally high action, high-quality and feature cool, realistic sound effects, colourful and stunning graphics and keep their players coming back to more and more of their amazing titles. With over 20 years of experience behind them, NetEnt are confident in what they are bringing to the table and they are well known and respected as one of the pioneers and leaders of the e-gaming market. This game is another classic, with attractive images paired with easy sounds to immerse the player into the gameplay. Level up your game with existing bingo offers UK to help you win games. 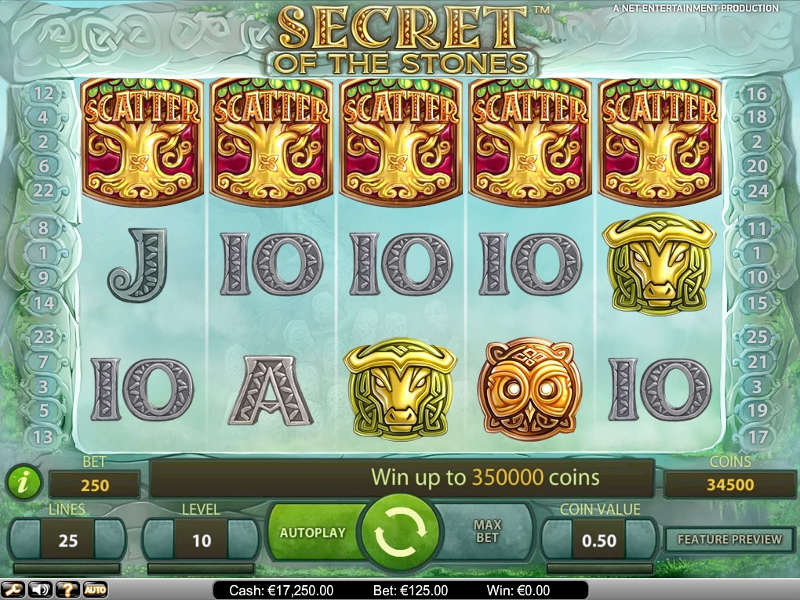 The Druids were members of high ranking classes in ancient Celtic times and were looked to for medical, religious and legal advice among many other titles they held. It is believed that although they were literate, they were prevented from recording knowledge by doctrine and so there was no written accounts left by them personally. Julius Caesar recorded the principal source of information about them and he recorded that they judged all public and private disputes and decided on punishments. Once a year the Druids assembled at a sacred place in Carnutes, and all legal disputes were there submitted to their judgement.

Join the Druid in his quest and unlock the secrets of the stones:

THE WILD SYMBOL: The wild symbol in the game is represented by the Druid and substitutes all symbols except the scatter symbol. The owl and deer symbols can become wild in the free spins feature.

THE SCATTER SYMBOL: The tree scatter symbol in this online slot game activates 10 free spins when 3 or more appear anywhere on the reels.

Multipliers: Increase the free spins multiplier by 1x or 2x 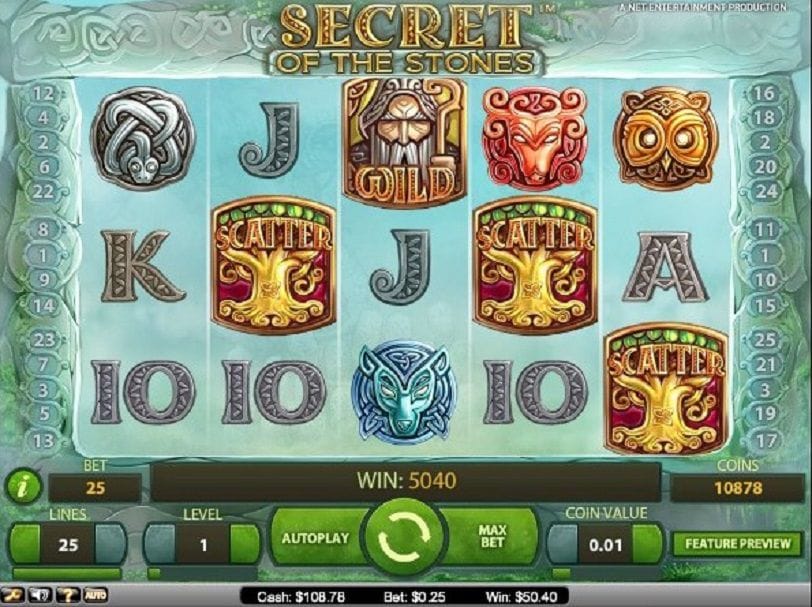 This online slot is fun, engaging and easy to play, with great graphics typical of NetEnt. Get ready to unlock the secrets! You can also try some of the best online bingo games at Barbados Bingo.

f you enjoyed Secret of the Stones, you should try casino Fluffy Favourites slot game.