Sometimes you just can’t beat an old fruity Barbados online casino slot – many gamers class them as the best there is. The simpler the better, without any of these new-age fancy animations that look like actual TV shows. Novomatic has added a twist to the oldie but goodie with Fruit n’ Sevens, bringing the classic into the modern age.

Novomatic is a hugely popular casino and games developer, and have continued to grow further than Austria, where they first started. They’re an offline and online company, focusing a lot of their efforts into land-based gaming, however, their online portfolio does very well: they bring simple gaming to the masses, understanding that not everyone needs these fully-immersive 3D games, and some people just want a fruity. They have a few different variations on the fruity slot including impressive bingo prizes, all vastly popular. 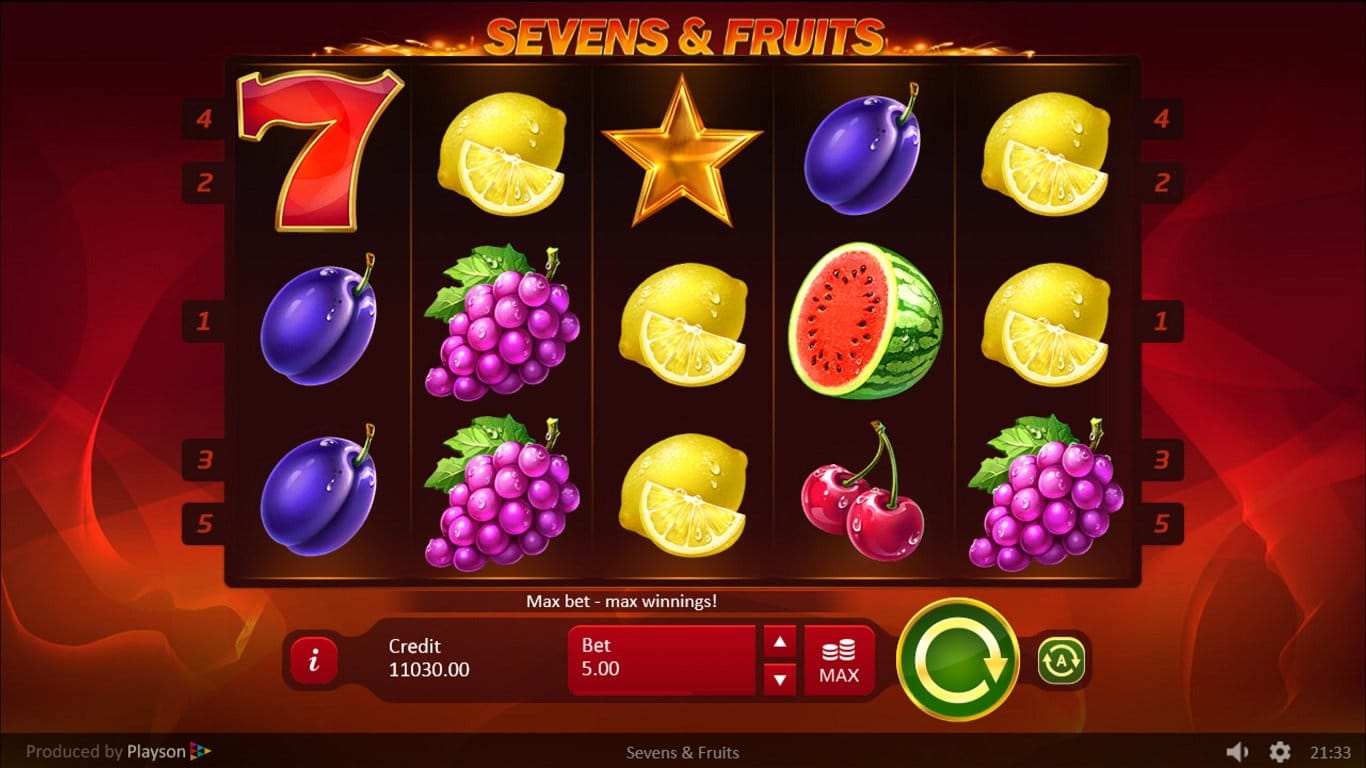 Let’s just start off by saying that although the graphics and the animations are simple, don’t discard it, as this game can offer a 5-figure progressive jackpot if that’s what you’re looking for. The max bet is £50, so you best believe if you’re in it for the big bucks, it’s entirely possible with this medium volatility slot.

Straight up you’ll see the five reels of this slot game take over the entire screen, with massive fruit symbols filling the reels. 7’s are worth the most – four in a row pays out 2000/1 and five in a row triggers the progressive jackpot! The 7’s are then followed by watermelons, which pay out 10.00 if you match 5 of them, the apples and kiwis both pay out 5.00, and cherries, lemons, blueberries and oranges all pay out 1.80. It’s a fruit salad of wins! Although you’re definitely looking to get those 7’s. The symbols can appear stacked on the reels for extra wins as well.

You’re also offered the opportunity to gamble if you’re feeling a little risky – you could double your winnings if you get it right. You have to hit the stop button as the bars begin to light up, in the hope that you’ll light up all of them. 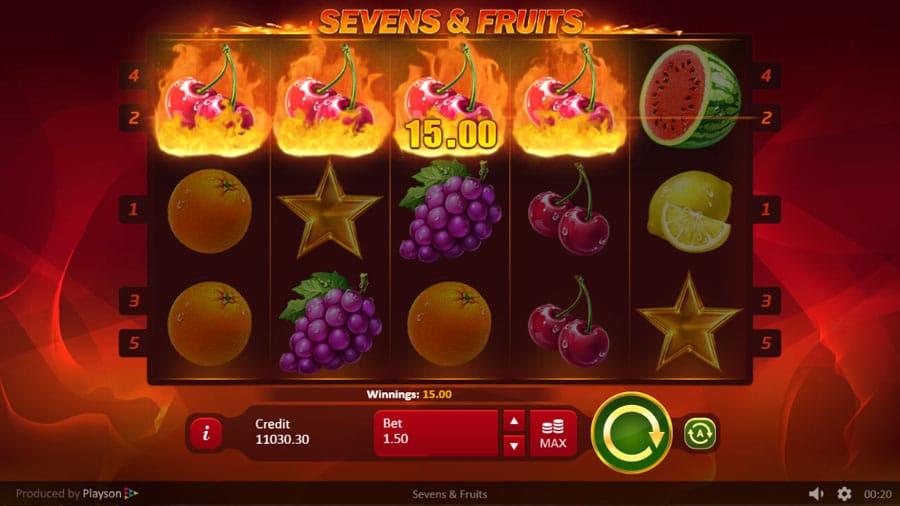 Fruits n’ Sevens is a classic fruity slot by Novomatic, which is much like their other fruity slots – medium volatility, progressive jackpot feature, a gamble option, but no extra bonuses. That being said, players often opt for a fruity slot because they’re looking for the plain and simple: and this will give them that, plus a little extra. It’s a good slot if you’re looking to escape some of the crazy 3D animations out there, and welcome an old friend. Have some more fun and try playing online bingo games at Barbados Bingo!

We can also recommend a rather awesome game with high RTP rate that you can play today.