Are you ready to be transported to the mystical and ancient world of the Shaman? This online slot game from Eyecon is set against a backdrop of beautiful mystical mountain and a sparkling night sky lit up in purple and blue hues. The reels feature spiritual animals of the native Americans and they are adorned with ceremonial feathers and decoration. The animals include a bear, a horse, an eagle, a buffalo, and a wolf, all of which are sacred in the Native American culture. There is also a native American Chief and female character, both of which are animated. The audio helps immerse us into the Shamanic culture and accentuate the theme. Experience the mysterious world of the Shaman, get comfortable and start spinning.

In 1997, Eyecon was founded and began building an impressive portfolio. They call on their experience in bingo online UK gaming and casino solutions, having operated since in 1999, to create some of the best online gaming on the market. They have had great success in creating some of the most highly downloaded games and with each release, they are getting better and better. Shaman’s Spirit is one of their simplistic yet beautiful games. This company pride themselves on being able to create gaming for players of different ages, genders and skill levels and there is truly something for everyone. Play their games and don't miss our bingo deals and offers. 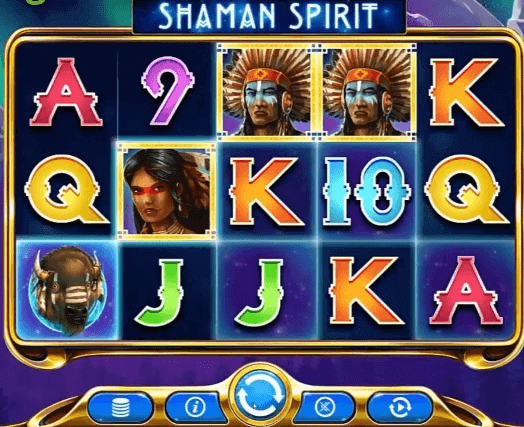 A Shaman is one who is believed to reach altered states of consciousness and has influence in the world of spirits, both good and evil. They are part of Native American traditions and culture and are said to enter into a trance state in shamanistic rituals and practise different spiritual healings.  The word Shaman was first coined in Siberia, where anthropologists created the word to describe the spiritual leaders from indigenous cultures and their healing practises. The practice of Shamanism is based on animism, the belief that everything is living and has a spirit.

Enter into this beautiful and magical culture as you play Shamans Spirit:

THE SCATTER SYMBOL: The Scatter symbol in this online slot game is represented by the Warrior Symbol. For each Scatter, the highest scatter win only is added to the line wins and wins will be multiplied by the total wager. Scatters trigger the Free Games.

FREE GAMES: 15 Free Games are triggered when 3 or more Scatter Warrior symbols appear anywhere on the reels. All prizes are tripled during Free Games. Free Games can be retriggered a maximum of 15 times and are played using the same pay-line and wager as the triggering game. 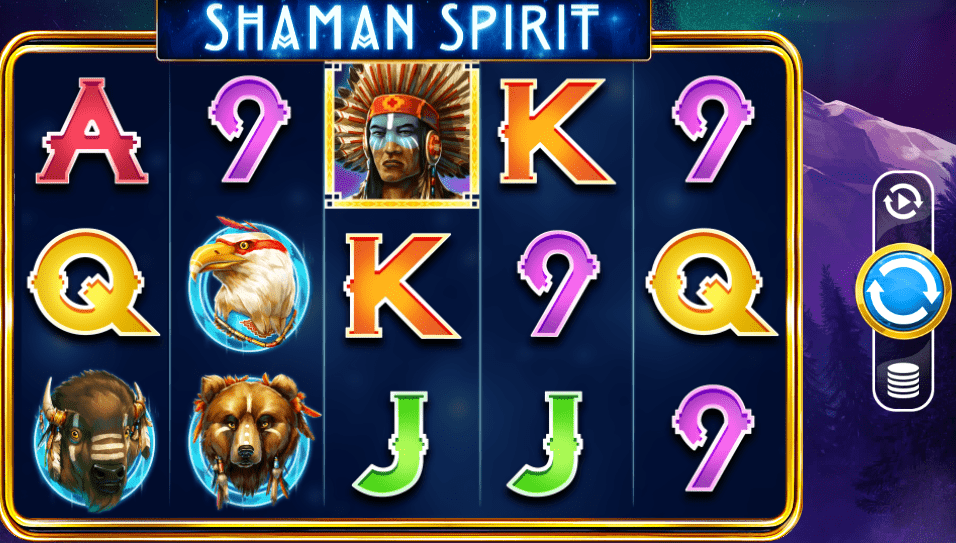 This Eyecon online slot game is easy to play and has some cool graphics. If you liked Eyecon’s Shamans Dream game you will love this. Experience more fun when you try playing best bingo games at Barbados Bingo!

If you enjoyed Shaman Spirit, try this fluffy game we recommend you to play now.