Who doesn’t want to be a hero shooting off into space and fighting evil? Well, the thought of being out in the wide world isn’t for everyone, so Big Time Gaming brought the concept to our computer screens. Although space games have totally been saturated by most online bingo games providers, Big Time Gaming are aiming to be a breath of fresh air in space ‘realm’.

Big Time Gaming doesn’t have an extensive online gaming portfolio, but they’ve been expanding their collection with high-quality games that aren’t going to be easily forgotten about. Starquest is set to be a game that sits high above the rest of the space-age slot games, just like many of their other stand-out games like Danger High Voltage. 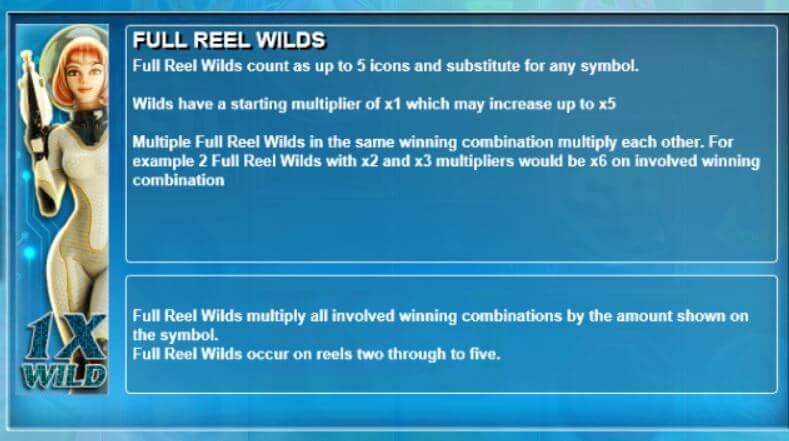 Well, firstly this game is set in space (of course) with a starry night sky and vibrant colours bouncing off the screen – add to that, a very apt soundtrack and you’ve got the beginnings of an enjoyable journey above the Earth. The regular playing symbols are simple, ranging from the Starquest logo to coloured gems and the regular card symbols. It’s the wilds and the megaways you have to watch out for!

Wilds you’ll probably have heard of, but megaways? That’s something that Big Time Gaming have created: giving you over 117,000 ways to win cash prizes during each game. Just watch the counter at the top to see if you get lucky.

First, you’ve got the full wild reel which is characterised by a woman in a suit holding a laser gun. She is expanded across the whole reel, and she can substitute all other symbols on the reels. The girl also comes with a multiplier every time she assists with a win: from 1x to 5x depending on how long she sticks around for. You can even get multiple full wilds on a winning combination, and the win multiplies by each of them. So for instance, if you have one full wild with a 3x multiplier and another full wild with a 4x multiplier you’ll be awarded with a 12x multiplier. The full reel wilds can even trigger respins, which increases the multiplier. 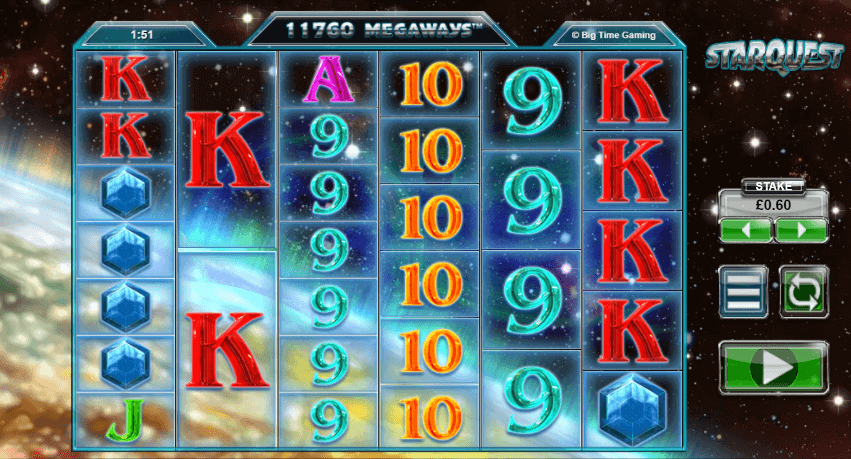 The Starquest slot game is high-quality in terms of the appearance, however when you stack it up against other games that Big Time Gaming offer, it feels like this one just missed the boat a little bit. Although the megaways is included in this one, it feels like it was thrown in at the last minute to make up for not having more bonuses throughout the game. It’s a game that’s easy-to-play and nice to look at, so could be perfect for a beginner, however it doesn’t quite have the ‘stand-out’ features some of BGT’s other games have. We also listed the best bingogames you might like.

If you're hooked with action-packed space battle slots, Starburst casino slot game is a must-try!