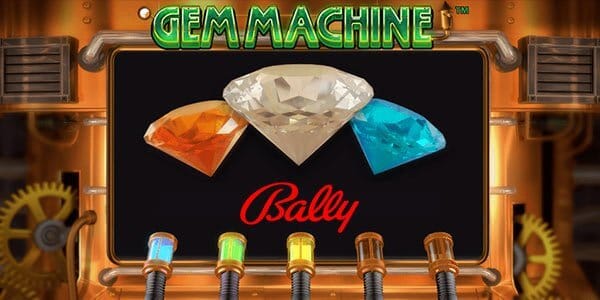 The Gem Machine is an online slots game that was developed by American gaming company Bally Technologies. It is a slightly unusual game in terms of its narrative theme, which borrows heavily from steampunk ideas. The game’s setting is in a kind of steampunk factory where gems are manufactured. It’s not your typical setting for online fruit machines! Read on to discover more about this intriguing game and the company behind it.

Bally Technologies history in the gaming sector goes back to the 1930s, which was when their first pinball game was produced. Obviously, that was a long time before the dawn of digital technology and online bingo UK gambling! An entrepreneur called Raymond T. Moloney founded the company in 1932 in Chicago in Michigan. That first pinball game was called Ballyhoo. Soon afterwards, their first slot game – the Bally Baby – would follow.

By the late 1960s, Bally was making over 90% of the fruit machines which were being used in Las Vegas, the capital of American gambling. In 2001, Bally started to develop games for the online sector, and it has been acquired by larger companies on a couple of occasions since then. In 20013, Bally’s revenue was just under $1 billion.

Other slots and games bingo from Bally Technologies include: 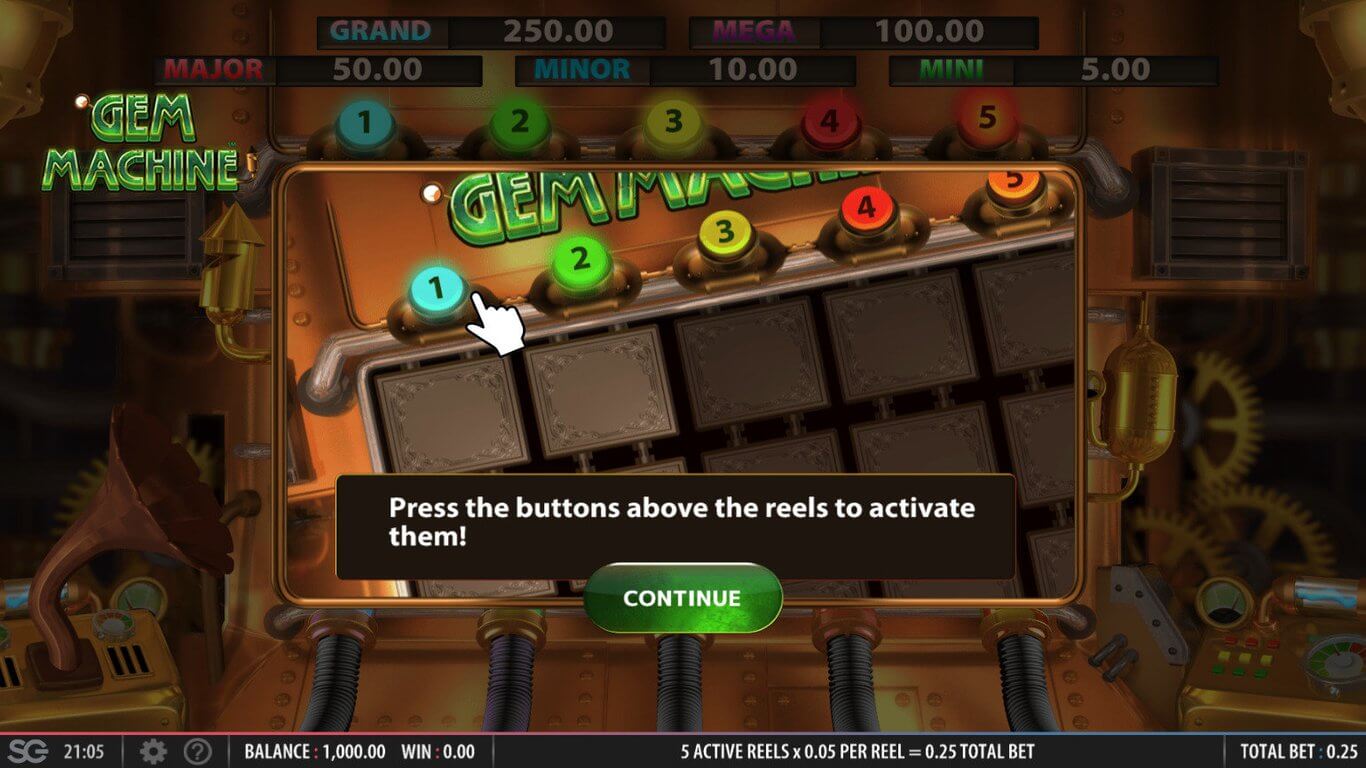 If you regularly play slots online and you have been a fan of fruit machines for years, The Gem Machine will look very different from the games that you are used to playing. There are no symbols on the reels, which is surprising enough in itself. You must also choose how many reels you want to be in play, by clicking on the numbers which are located above the reels. Most of the time, the spaces on the reels are blank, with gems of various values occasionally appearing to give you prizes.

You will see green, blue or yellow gems on the reels, as well as a free spins icon. There are also five jackpot symbols. Another unusual feature of this game is that there is no wild symbol either. The developers really are being iconoclastic when it comes to what is typically seen in online casino slots games.

There are two bonus features in the game which give you the chance to win big prizes. The Free Spins feature is triggered when at least one free spins symbol appears on the reels. Each of the symbols that appear will offer you one, three or five free spins. You can also pick up the Progressive Jackpot prize if a jackpot symbol appears on the reels. 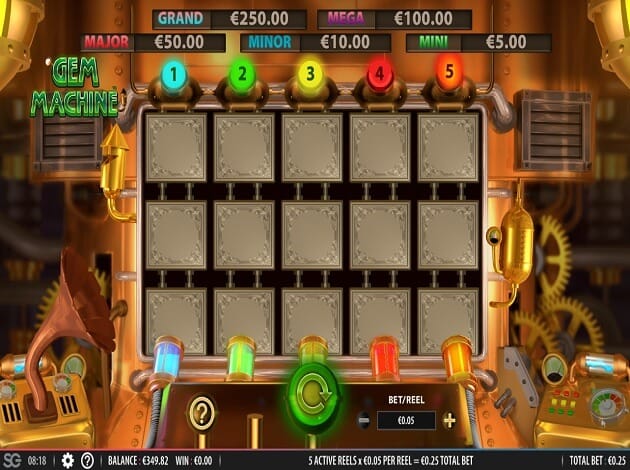 The Gem Factory is an unusual game that really stands out from many of its rivals on the internet. It offers some genuinely innovative game structure and interesting gameplay that is different from what most other games of this type offer. If you are looking for a slightly different type of slots experience, this could well be the game for you.

Jungle Jackpots Slot is another popular title that can be accessed today at Barbados Bingo.