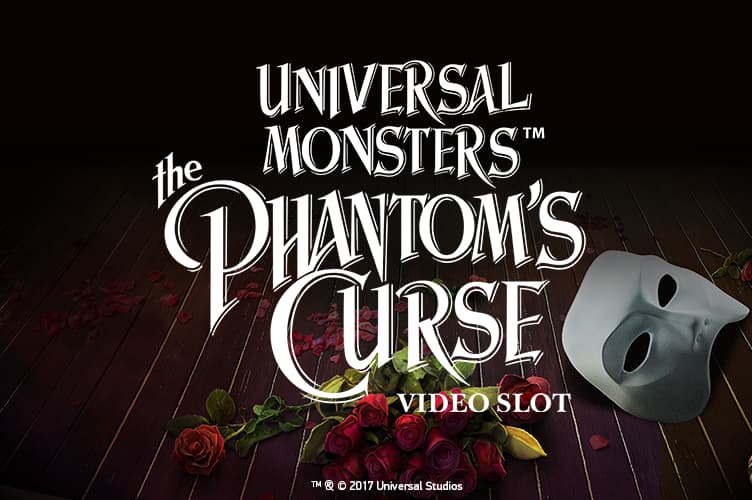 The Phantom's Curse by NetEnt is a 5 reel 40 payline UK online bingo slot. This slot is based on the famous musical by Andrew Lloyd Webber. Visually the game is set in a theatre and immerses players in the classic tale. The Phantom's Curse has a captivating opera soundtrack, which is expected. Stakes start from 20p to £200 per spin, with chances for casino bonuses, and the slot is playable on your desktop and all smartphone devices. If you loved the musical, you’re definitely going to enjoy this slot plus this time you get to enjoy the music & some cool bonus features.

NetEnt is a Swedish company formed in 1996. It’s one of the most successful bingogames providers out there. NetEnt was the first company to develop Java based online casino software, but they later made the move to HTML5 which is more mobile compatible. NetEnt casino software is used by hundreds of licensed portals. In addition to internet casino software, the company also installed a live dealer casino platform (NetEnt Live Casino) and a mobile gambling platform (NetEnt Touch) to cater to different kinds of gamblers. 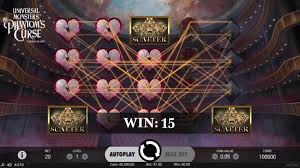 Game symbols include spades, hearts, diamonds, and clubs for the set of cards. Main symbols include hand mirrors, sapphire rings, daggers, yellow roses and Christine (she’s a character from the musical). The Phantom pays the highest value of 10x your stake if you land 5 on a payline. You can win from either side, left or right.

• Scatter symbol- The Chandelier is the scatter. It only appears on the odd numbered reels.

• Wild symbol- The Masked Phantom is the wild. It replaces all the symbols save for the scatter symbol and the bonus symbol.

• Pick and Click feature- This feature is activated when the Stacked Phantom and Stacked Christine symbols land on the 1st reel. The round has 2 stages; in the first one you’ll need to pick from 8 roses to reveal cash prizes. In the 2nd stage, you pick from 3 mirrors to reward a triple multiplier. This will be applied to the winnings you had in the 1st stage. The most you stand to win during this feature is 36x your stake.

• Masked Phantom Re-spin feature- This feature is activated by a Stacked Phantom and a Stacked Mask symbol which appear on the 1st reel and 5th reel respectively. These symbols that activated the feature, then transform into wilds and remain sticky for a single re-spin.

• Free Spins feature- The free spins feature is activated by the Chandelier scatter symbol which appears at the same time on odd numbered reels. During free spins, the chandelier hangs on top of the reels with a rope connected to each reel. If you land a Phantom symbol on any reel, a section of the rope will cut. When all 5 of them cut, the chandelier falls and the feature ends. 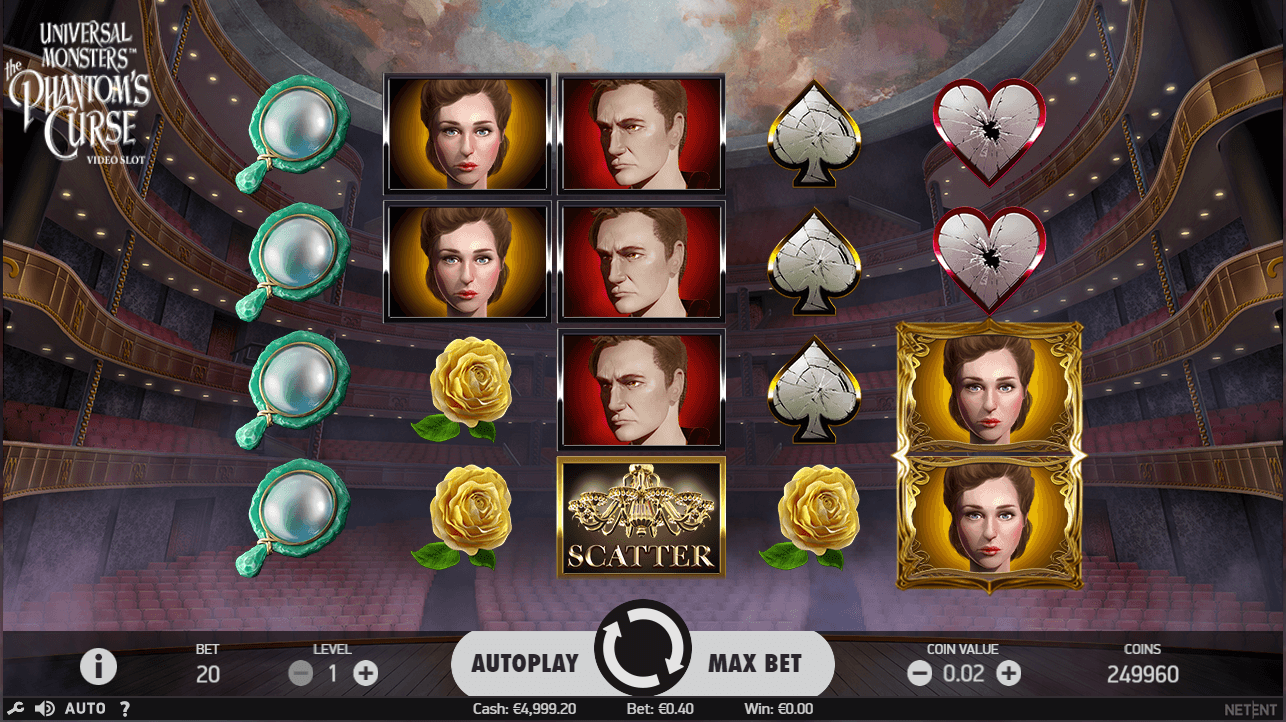 The Phantom's curse is a medium variance game. It offers wins of up to 800x your total bet which will mostly be achieved during the Free Spins and the Masked Phantom Re-spin rounds. The free spins feature will likely help you rake up more wins thanks to the stacked wilds. The Phantom's Curse musical theme has been perfectly executed. Overall, this is a superb NetEnt release.

If you enjoyed The Phantom's Curse try and play Barbados game online.