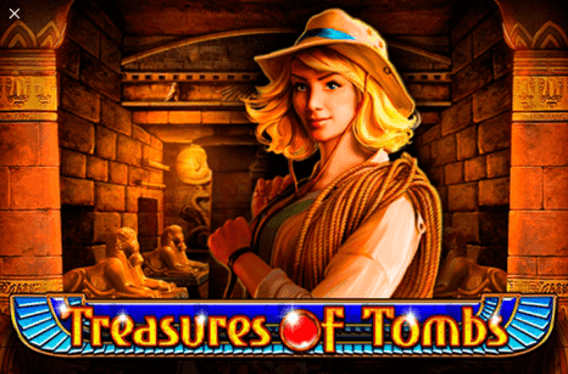 Treasures of Tombs is a 5 reel 9 payline slot by Playson with an Egyptian theme. It’s the story of a fearless explorer in search of a treasure-filled tomb. The game’s got all the markers of an Egyptian style theme-  hieroglyphics, the eye of Horus, gold statues, etc. Give the blonde female explorer a name and make your way through the reels with her. Bonus features include free spins. Stakes start from 27p to £45 per spin. Check Barbados if you want to know how to play bingo online free.

Playson is a Malta-based team comprised of gaming designers who’ve managed to create more than 30 HD slot machines. Most of their bingogames feature adventurous themes. The company was founded in 2012, but they’ve already managed to impress a large number of punters.

Their staff is continuously growing with more than 250 employees across their offices around the world. Playson has also established quite a few business relationships with other players in the industry like Bet Construct, Leander Gaming, Quickfire and 1X2 Gaming. 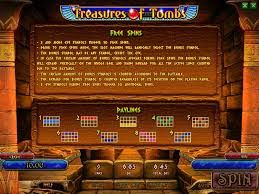 The game’s got some well-done graphics that literally make travelers feel like they’re at the heart of ancient Egypt. All the action is set ins a pyramid since you are looking for treasure in a tomb after all. Treasures of Tombs Slot has got a hypnotic and enchanting soundtrack.

Game symbols include the traditional set of playing card letters, i.e. the A, K, Q, J and 10 and main symbols that include the Sphinx, scarab beetles, Horus, the Eye of Ra and a female archaeologist. The blonde archaeologist is the highest paying symbol that rewards over 555x your total bet when you land 5 on a payline.

• Wild & scatter symbol- The Eye of Horus acts as the wild. It replaces all the other symbols and also acts as the scatter. When 3 or more appear, they activate Free Spins which start off as 10. When 3 more Eye symbols appear during a spin, they reward you with 10 extra spins which puts your total 20.

Another bonus is that before the free spins round starts, any symbol except the Eye of Ra can be chosen at random for extra wins. The chosen symbol will reward payouts even without appearing on successive reels. 5 Horus falcon icons appearing across a winning line reward 2,000x your stake while the female archaeologist rewards 5,000x your stake for 5 matching on a payline. This happens on every free spin. 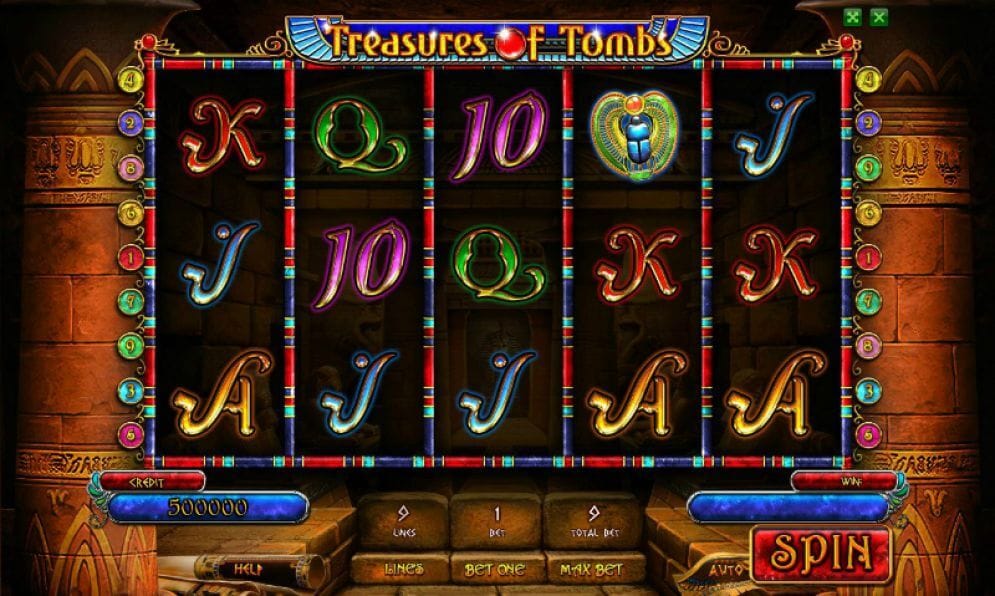 Treasures of Tombs by Playson is an easy game to play but can be highly volatile. Although the rewards during the free spins round sound promising, it can take a while for them to hit. However, the rewards are worth it because of the potential gambling promotions - 5,000x stake wins that are available on every free spin.