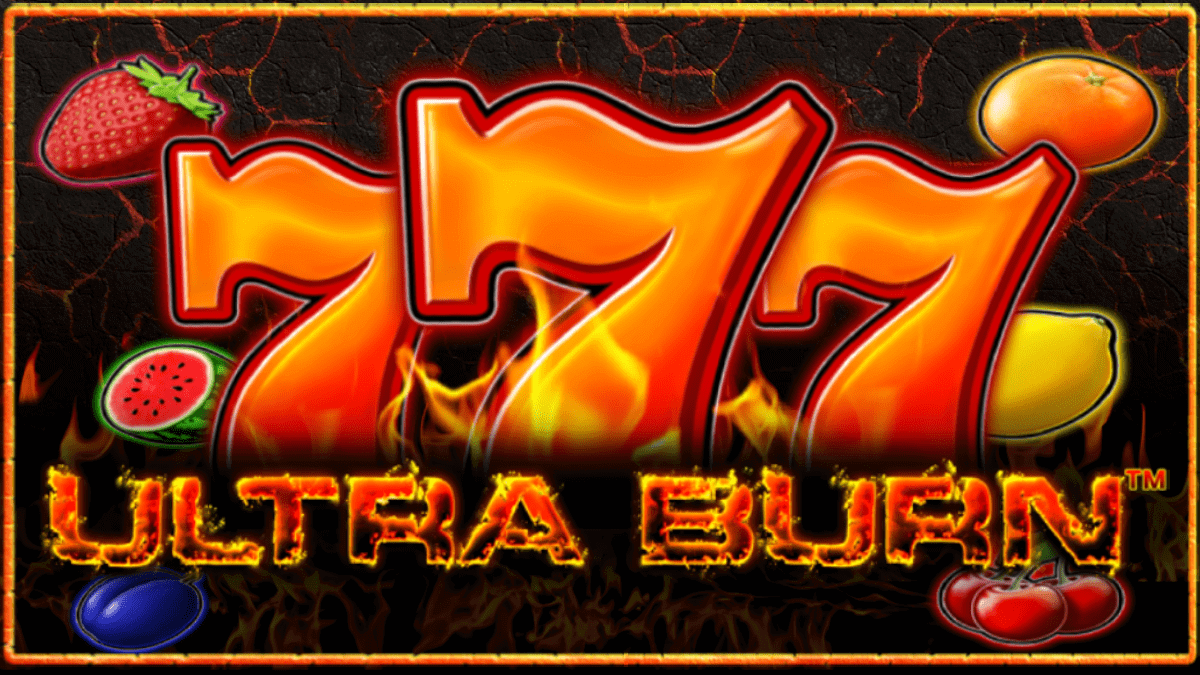 Ultra Burn slot is a game from the stables of Pragmatic Play for your enjoyment. It is an integral feature of the company’s reel kingdom collections.

The gameplay is a fruit machine slot that requires little fundamental knowledge due to the simplicity involved in the operations of the game. It puffs out a lot of action and energy with probabilities of winning 500 times your stake in each spin.

To make simple wins on the game, spin around some fruits, and boom, you are on a winning spree. It is less complicated as opposed to many online bingo UK games you will find out there. The graphical design employed is direct and simple; the symbols easy to comprehend.

It has a fiery atmosphere motivated by the fruit machine, which shows flames of fire. The reels appear on a white, untended background, and offers the traditional sensation of the twentieth century.

The game is playable on 3 reels, 3 rows, and 5 pay-lines. Barbados Bingo provides you more details of this slot below.

About Pragmatic Play– The Developers of Ultra Burn Slot

Pragmatic Play, is a top iGaming developer in the world, with numerous products to their collection. They offer a multiproduct gallery with novel ideas and concepts.

They are seated in the comfort of Malta and has lots of awards to their collection. They have placed themselves at the peak of a productive adventure that sees them turn out about four slots per month with their motivation derived from within and outside the company.

Over the years, they have gone to great extent to deliver the best, engaging, and thrilling content. This prompted the development of such a simple and adventurous content as Ultra Burn.

They deal with such services as product development, bingo online, and live casinos. Some of the new bingo games online that have been developed by the company include, but are not limited to:

The following and other bingo online are available on Barbados Bingo always. 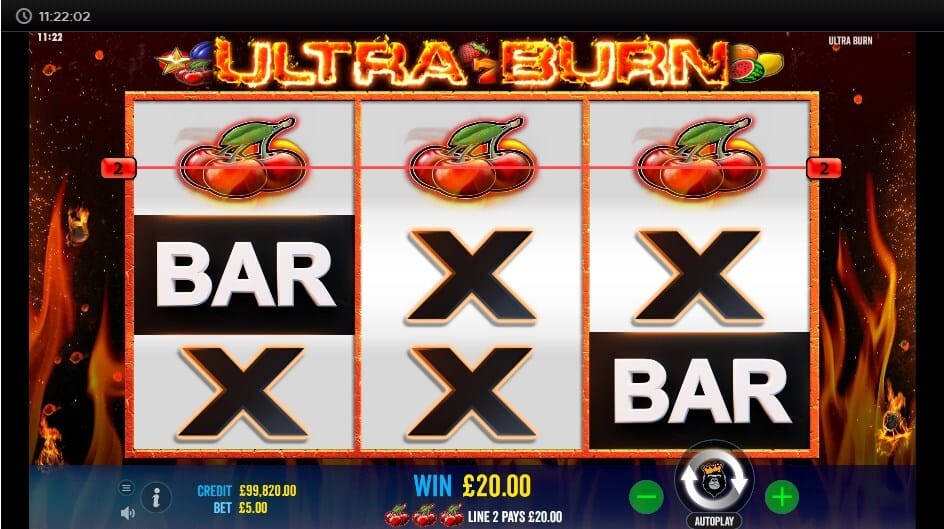 With the absence of bonus features on this game, there is little or no need for a scatter or wild symbol. In reality, the game has no wild or scatter symbol. With 3 reels and 5 pay lines, the game has a similar visual appearance on mobile gadgets as it has on personal computers and laptops.

When a combination of 3 lucky 7s is used, it rewards with a pay of about 100 times of overall stake. It is the most rewarding symbol in the gameplay and can be placed on the entire reel locations to score a 500 times payout. You spin the reels with at least 50 pennies and at most 250 pounds.

More of the gameplay and other bingo online gameplay can be accessed on Barbados Bingo. 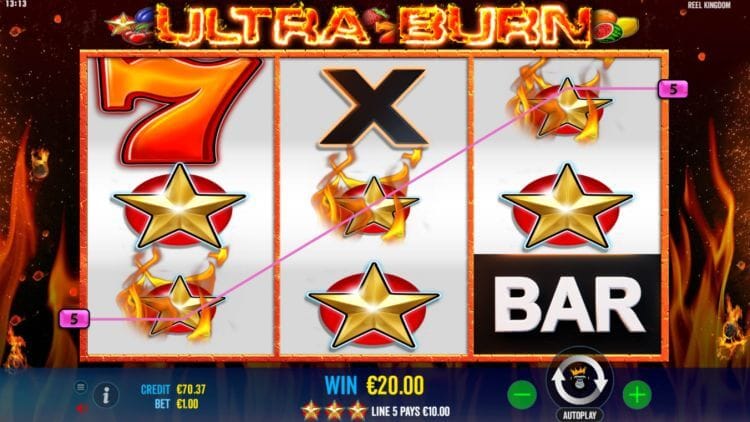 Disappointingly, the game has no traditional bonus or free spin feature. As mentioned earlier, the most rewarding feature is landing a combination of the 7s.

Wild symbols and scatter symbols are absent, which makes bonus features somewhat impossible.  The cherries symbol can also be used to generate a 2-symbol combination. Also, to score an effortless reward, spin the fruits, bars and stars. Get on to Barbados Bingo and have fun playing Ultra Burn slot.

The absence of bonus and free spin features are significant blows to this exciting game. It leaves not much to be desired for bonus-seeking players.

Though its simplicity is laudable and the flaming theme is all to be desired. For lovers of simple, straightforward action, the reels will saturate them with gladness.

Also, it offers a strong payout of up to 500 times the stakes your wager. It leaves little to be wanted by modern players, but with the appearance and designs that simulate the classic ages of the 80s and 90s, it might work to a great extent for the oldies. It suffices to state that you should try should have a go at the game on Barbados Bingo today.

If you're looking for some of the best slots available, play Beat the Bobbies 2 Slot today.