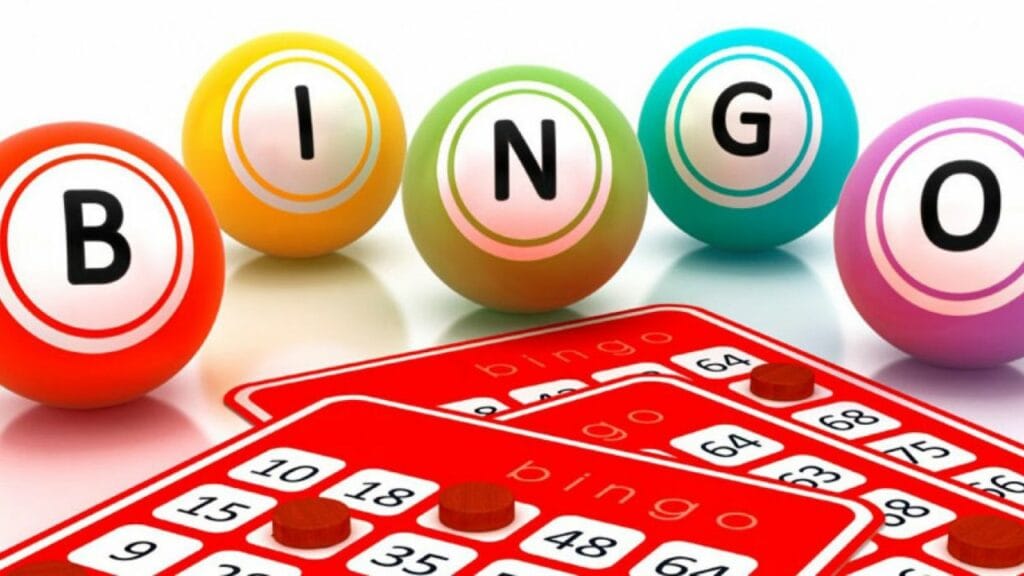 Online bingo has been one of the UK’s biggest pastimes since it arrived on our shores in the early 1960s. Bingo was greeted with a massive rise in popularity and passion due to its easy rules and its ability to be adapted to charity work or even fair raffle games.

Even though attendance is declining at bingo halls the online bingo scene is expanding faster than we can keep track of! It seems that bingo is, in fact, here to stay so let's get you prepared to delve into this great game by giving you an insight on everyone's favourite part of bingo… The callouts!

This is a reference either to Ned Kelly from ned kelly's helmet or after the famous valiant comics strip “Kelly's Eye” where the character receives a powerful amulet that contained magic! Don't we all wish we had a magic amulet!

This is a reference to the shape of the number two and how it resembles a duck! simple, yes, but effective!

If you're offering! This is basically just a rhyming couplet for the number 3!

The average number of knocks that people rap on a door. It also rhymes!

An ancient bingo call from its inception, a great rhyming word!

Exactly what it says, 6 is half a dozen!

A lucky number for anyone who win a full house on this number!

This was used as a code for a secret meeting or drop off point! Or it might just rhyme!

The number 9 pill was given by military doctors to patients with an illness!

This refers to 10 downing street and whatever prime minister is in there at the time!

Find the best no deposit bingo promotions on Barbados Bingo!

The number eleven looks like a pair of legs!

An unlucky number in popular culture, beware if you win on this number!

This one references the 14th of February, valentines day!

15 rhymes with keen, that's all there is to this one!

A saying for a girls 16th birthday, sweet sixteen!

“Young and sweet only 17” a reference to the ABBA hit!

19 is the last teenage year so this is referencing to the end of your teens! 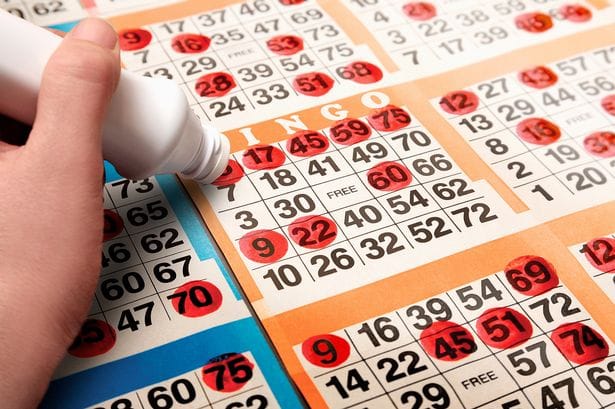 There are twenty units in a score of something. A unit of measurement

This is a reference to the 21 gun salute for special occasions in the military! Our favourite callout in all bingo games.

What it says on the tin, two dozen!

2 is a duck and five looks like a snake, so duck away from the snake!!!

Two sixpence was the currency that made up half a crown in old British currency.

A reference to the stairway to heaven, also it's a nice way to think of winning a full house!

This is taken from cockney rhyming slang “he was two and eight “ which means...you guessed it… in a state!

These numbers simply just rhyme with its counterpart, a great way to start the day!

Learn how to play bingo, with our bingo guide!

This one references a statue that stands in north London of a naked woman, it could also refer to the world war 2 song dirty Gertie from Bizerte

If you hear this one you need to get up and run around the bingo room, we won't take no for an answer!

Another rhyming match referencing the buckling of a shoe!

33 – All the threes/Fish, chips and peas

This represents all the 3’s that you can get in a game of bingo, also it is a reference to a lovely chippy tea!

A rhyming match with the number 34! Nothing less nothing more.

This is a reference to the dance move, funnily enough, if you call house on this number you have to dance on stage!

This one is simpler than the rest of them, its what it says on the tin. 3 dozen is 36!

A basic rhyming phrase that doesn't means much at all!

This is another rhyming call, but is actually derived from Cockney rhyming slang.

This call is a reference to the popular movie called 39 Steps.

Find a great historical look at bingo's past!

Some say that 40 is when life really begins...

If life really has begun now, then it’s time to have some fun!

This is a rhyming call that mentions the well-loved bear created by A. A. Milne.

This phrase was used in wartime by soldiers.

This call refers to the fact that 44 looks like someone with saggy pants.

This signifies the halfway point from 1 to 90 (the amount of balls that can be called in a bingo game).

You don't need to be a genius to work this one out!

This is a reference to the popular show “The Adventures of P.c. 49” about a police constable working in London.

Read about the rise of the bingo industry.

This one is pretty self-explanatory...

Yet another rhyming call!

Danny La Rue is a call referring to the popular Irish singer who was well known for cross-dressing.

This is the number that appears on the side of the iconic Herbie car.

Everybody wants to clean the floor with the competition when they’re playing bingo.

This call refers to the shape of the numbers as they resemble snakes preparing to strike.

A marriage license used to cost 5 shillings and sixpence. So, the bingo callers ask the room if it was worth it.

Even though the company sells a lot of products, it is famously known for producing 57 varieties of canned beans.

This is another rhyming call but people usually call ‘Choo Choo, Thomas’ back.

Brighton line is so-called because in 59 minutes, someone can travel from Brighton to London. Especially if they want a fun bingo game.

This is either called as the fifth dozen or the age that women could typically retire in the UK.

Both of these rhyme but tickety boo is an English phrase for ‘good’.

Named in reference to the usual age that people retire.

This isn’t the best rhyme but it is creative in that it sounds like a train.

An excellent rhyming call for those Led Zeppelin fans!

This refers to the fact that the number 69 looks the same no matter if it is upside down.

Did you know that bingo helps you learn your time's tables?

Another rhyming one! Whoever made this one up was certainly imaginative...

We bet you’re buzzing when this number is called out!

This rhyme makes us want to groove on the dance floor!

This is the highest call in 75 ball bingo so strive for a full house!

This is a reference to the 76 trombones that led the parade in the 1972 musical and movie “The Music Man”.

The number seven is lucky for many people, so 77 must be double luck! However, this call refers to the fact that 77 looks like two hockey sticks.

Although it may make you think of the legendary Britney Spears, it just rhymes.

This is a reference to the leader of the Indian Independence movement. It is a similar shape to him sitting cross-legged with his breakfast on a plate. We can’t really see it either...

We’re still baffled by the meaning of this! Surely, this is impossible!

This is similar to the 88 calls, wherein it refers to a curvy lady. However, this time, she appears with a duck!

What makes bingo better? A nice cup of tea that happens to rhyme with three!

This is the last of the dozens!

Although this bingo call originated well before the Bee Gees, we still like to think that there’s a connection.

Not only is this call another one that rhymes but it also significant because 86 is the position of goalkeepers, who defend between the sticks.

Torquay in Devon is a call based on the rhyme. It originated from Torquay, which is a seaside town in Devon.

This number is also based on the shape that it makes. It looks like two curvy ladies sitting next to each other.

You can also call this number as ‘all but one’ due to the fact that it is one number away from the highest numeral.

This call is pretty self-explanatory. It is the largest number that can be called and is, therefore, the end of the line.