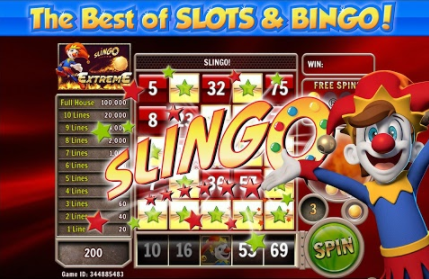 Slingo - formed from the words ‘Slots’ and ‘Bingo’ - is a unique online game, owned and developed by Gaming Realms since 2015. Those familiar with bingo will understand the concept of having a scorecard and trying to get a full house as the bingo caller says things like ‘legs 11’ and ‘two little ducks, 22.’ Slingo takes this concept and replaces the bingo caller with reels, as well as adding symbols which can either help or hinder your journey to the jackpot. Players can wager between 50p and 200GBP a spin to try and win the massive 100,000 GBP jackpot.

Gaming Realms - the Developer of Slingo

With a focus on delivering next-generation bingo online UK, slots and Slingo games, Gaming Realms use their deep understanding of the industry to stay ahead of the competition. This award-winning developer was established in 2012, recognised as one of the 1000 companies to Inspire Britain in 2016 and have since gone from strength to strength. Gaming Realms have redefined the online gaming landscape by providing casinos with a portfolio of games including Pigasus and Pay of the Dead while also showcasing their own games through their own online bonus bingo casinos.

Bonus Features and Features in Slingo

Slingo looks great, with bright colours and a not overly scary jester welcoming you to the bingo game. After you decide your stake you will be given five random numbers. You must then spin the reels to try and match as many of those numbers as you can - the more you match, the more cash you win!

The panel on the left tells you how many lines you have matched (and therefore how much money you have currently won), while the game-board in the middle crosses off your numbers for you so you can concentrate on the action.

When the Joker Wild appears it banishes one of the numbers that has just been called, effectively giving you a free number that could be one of the five that you’re looking for.

These little characters can drop in at any point to alter the outcome of the game. If the devil has his way then your points could be halved, pushing you back down the prize ladder. However, all is not lost as the cherub can save the day by cancelling out the devil’s evil plans. Are you feeling lucky?

The Verdict on Slingo Casino Game

The bingo games online market is more competitive than ever and Gaming Realms have risen to that challenge with Slingo, an exciting alternative to online slots or bingo. The graphics are impressive without being overpower-ing, while the added slot elements such as the Wild Joker give Slingo an edge over traditional bingo/keno games. Because you can bet between 50p and 200 GBP a spin, anyone can have a go at a level with which they are comfortable to try and get a Slingo and pick up 100,000 GBP. Good luck!

If you enjoyed Slingo, check this Barbados slot.