What have the stars got written in tonight’s night sky for you? You can find out by playing this latest slot game from the developers at Iron Dog Studio, Cosmic Crystals. Hopefully, the planets will all align in your favour when you start spinning the wheels. This UK online bingo neon-coloured game board sends you up into space where you will be faced with an array of planets, stars, and jewels to see if the heavens will give up their prizes.

Iron Dog Studios may just be one small section of the mighty 1X2 Network, but this small team of developers has still been able to take the online casino world by storm. Cosmic Crystals has all the usual trademarks of an Iron Dog Studios game, including a unique theme and some very eye-catching graphics. The developers have added in something extra special to this particular slot to get people playing it, though – every spin is guaranteed to win! So, it definitely looks like the stars are well and truly on your side. More casino promos for updates and amazing prizes when you play! 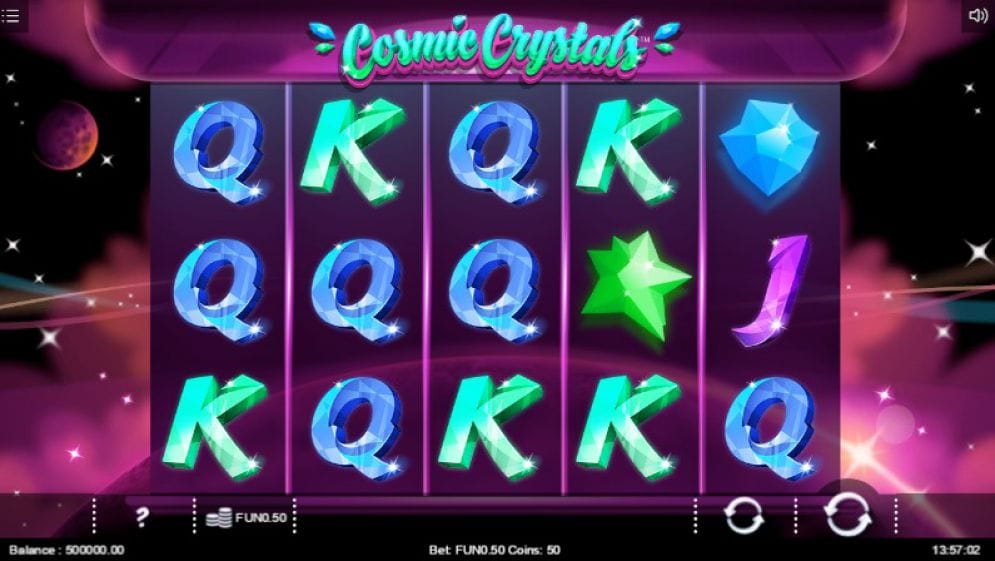 You’ll need to be staring up at the stars in order to play this space-age slot game. The board’s background looks out onto a starry night’s sky, complete with shooting stars and space dust. You’ll also be faced with five reels and a very impressive fifty pay lines. The main symbols are colourful letters of the alphabet as well as some sci-fi inspired gems and crystals. It’s the gems that represent the higher values, so you need to spin as many of those as possible. With such crisp graphics and so many chances to win, you’ll find that the gameplay is extremely fast and smooth, and you could easily accumulate a sizeable pot of winnings in little time. Of course, all of the impressive bonus features will also help boost your winnings too.

• WILD SYMBOL – There’s only one Wild that you need to pay attention to in Cosmic Crystals, and that’s the orange crystal. This will only ever appear on the third reel and will expand across the whole reel when it does. Sometimes, you might get extra lucky and land a stacked Wild for a free spin. The orange crystal can replace any other symbol.

• BONUS ROUND – There isn’t one definite bonus feature in this game other than the Wild – you might also have noticed that there’s no Scatter, either - but you might spin a base game bonus that can bring you a little more excitement. These will keep giving out free spins until they help to contribute to a win. 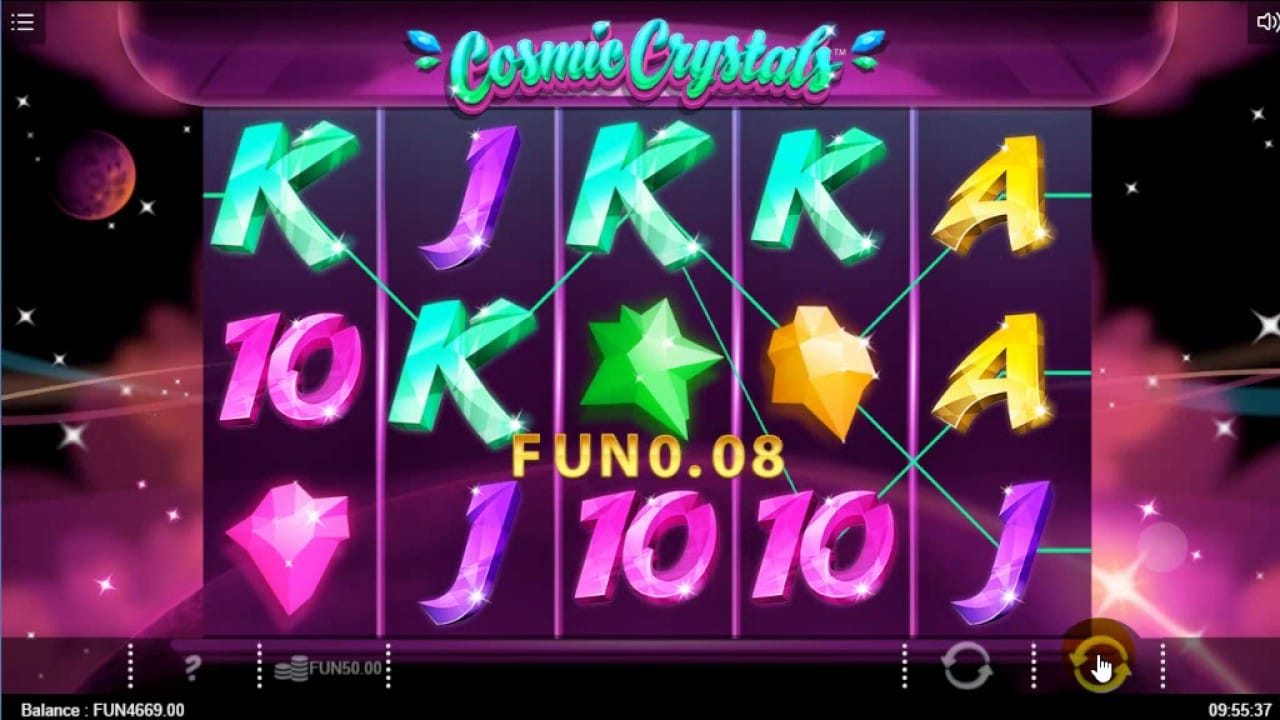 Many people have found it easy to compare Cosmic Crystals to Starburst, one of the slot games from NetEnt, as they are both quite simplistic. It’s true that this slot is very easy to get the hang of, but that’s no reason for anyone, especially experienced gamers, to dismiss it completely. The fun theme, sleek graphics and guaranteed wins are enough to tempt anyone back for some more spins! Do you want to try some bingo games at Barbados?

If you enjoy Cosmic Crystals why not try Immortal Romance online slot?