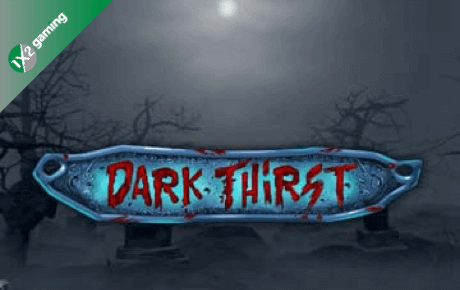 If you like your games with plenty of shivers thrown into the mix, then Dark Thirst is the game for you. Featuring an array of bloodsucking vampires, you’ll need your wits about you as you enter this dark world inhabited by creatures of the night. So, get your garlic and wooden stake at the ready – you’re about to be plunged into the world of Nosferatu, where every spin launches you into a vampire castle where there’s something to watch out for at every turn!

1X2 Gaming, which is now part of the larger 1X2 Network, have created this frightful game which turns every day into Halloween. This group of developers are known for adding plenty of atmosphere into all of their free bingo games, and that is certainly the case with Dark Thirst, where plenty of terror and blood come together to create the perfect horror aesthetic. Even though the mention of 1X2 Gaming might instantly make you think of their virtual football games, they also know a thing or two about the gothic world, as we’ve already seen with their Deadworld slot game. Explore their available games and get addicted to its gameplay! 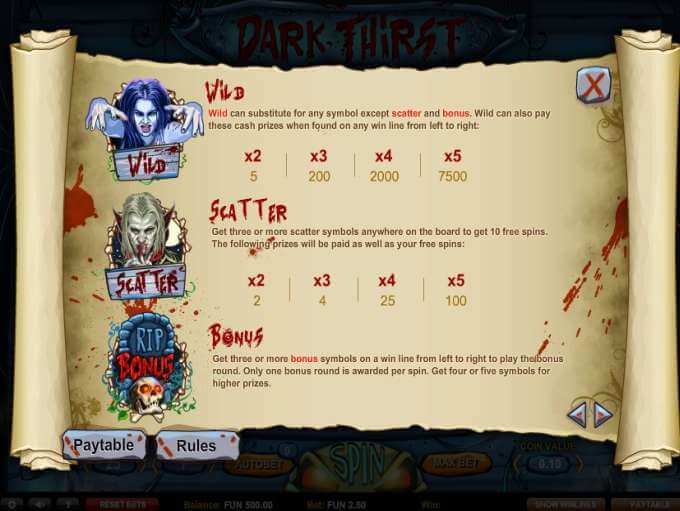 Right from the beginning, you’ll feel your spine start to tingle and your knees tremble. The eerie soundtrack incorporates bloodcurdling screams and ominous church bells while the graphics portray an atmospheric night. You’ll see bats with huge wings in front of a full moon. In front of this night-time scene are some symbols that will strike fear right into your heart. With five reels and twenty-five pay lines, there’s plenty of room for some gory characters. Fanged women, creepy bats, and bulbs of garlic represent the symbols on the game board. There’s also plenty of bonus features to sink your teeth into.

• WILD SYMBOL – Spot a woman with the word ‘wild’ written on her and you’ve got the Wild. But this scary looking lady isn’t quite as frightening as she seems – she’ll actually help to increase your chances of winning as she can appear on all symbols, except the other special ones.

• SCATTER SYMBOL – A petrifying male vampire is this game’s Scatter. When you spot him, he triggers the Free Spin bonus. Spin three of more of these special vampires and you’ll be rewarded with ten free spins.

• BONUS FEATURE – The extra-special Bonus Symbol is represented by a gravestone with RIP written across it. When three of these land on an active pay line, you’ll be dragged to a secret graveyard. Click a grave and see what lies beneath. Each buried vampire has a different prize sum waiting for you. Watch out for the skeleton, though – he’ll end the bonus round. 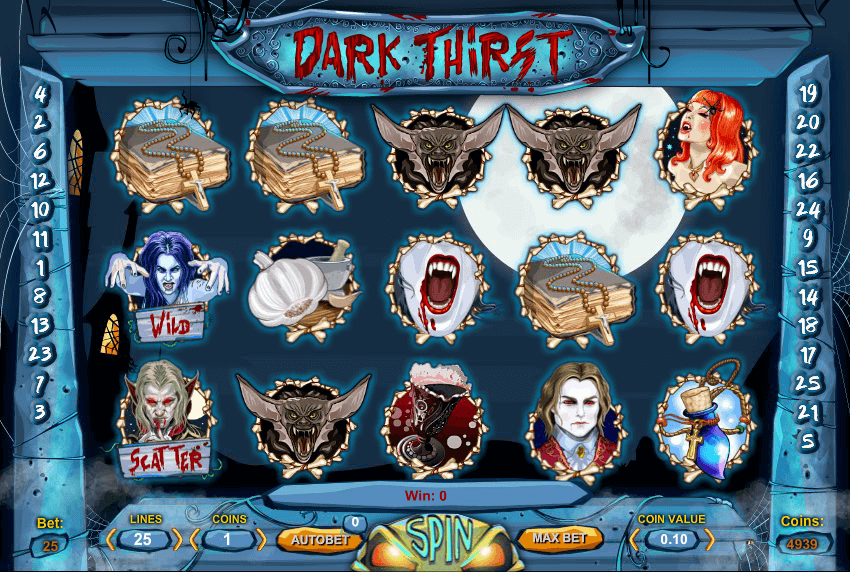 These basic bingo games have been given extra bite thanks to its engaging horror theme. The graphics don’t disappoint and help to make the characters in the game really come to life. Just make sure you don’t play it too near to bedtime though… you might not be able to sleep if you hear something going bump through the night!

If you enjoyed Dark Thirst why not try White Wizard?