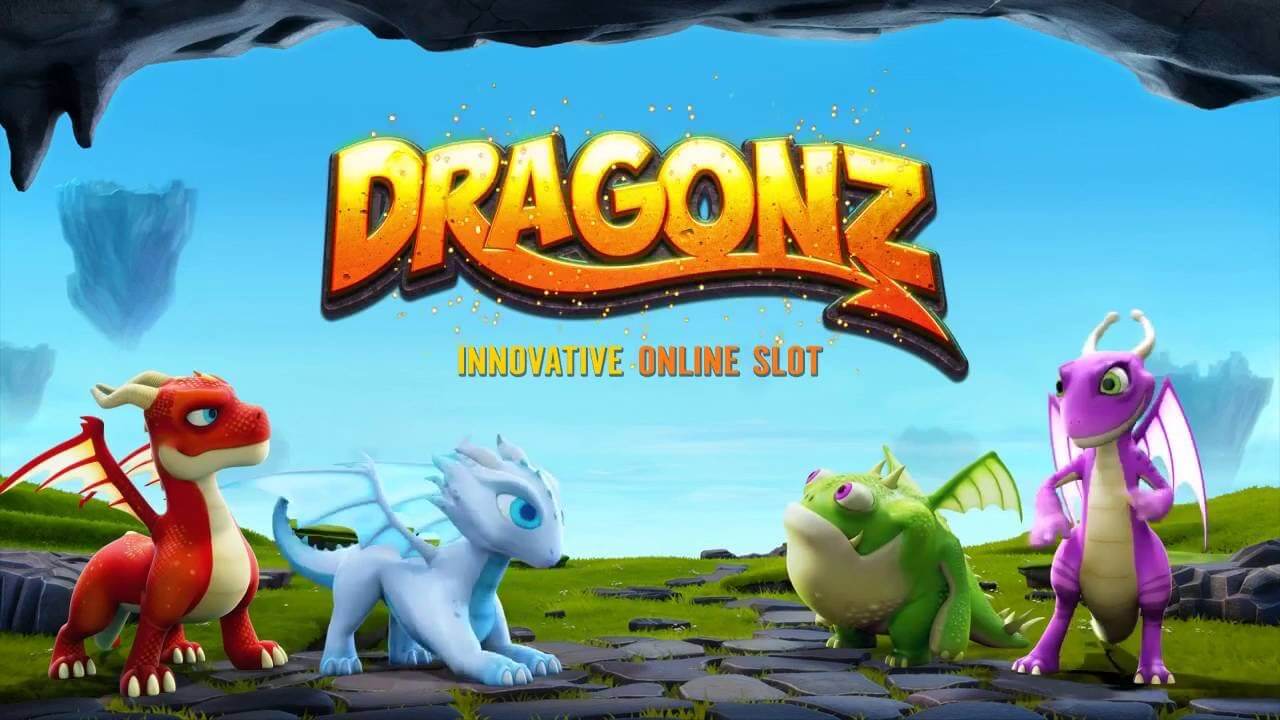 Say hello to the gang! Switch, Frost, Flint, and Gobble may just be four small dragons, but you better believe that they know how to pack a punch, and they’ll be your loyal companions on Dragonz. With its bright colours and playful characters, you might think that Dragonz is nothing more than child’s play, but there’s a lot more to it than that. After all, there are some sizeable wins waiting for you to cash in on!

Microgaming has been developing bingo games for a couple of decades now, and Dragonz puts all of the developers’ skills and expertise right to the fore. The 3D cartoon-style animations are elegant and exactly what you would expect from such a high-calibre games developer. It’s true that this game’s design isn’t quite as intricate and finely detailed as some of the others in Microgaming’s back catalogue, but that doesn’t detract from the enjoyment these little dragons will bring to your gaming experience. And don't fall miss cool bingo promotions and prizes! 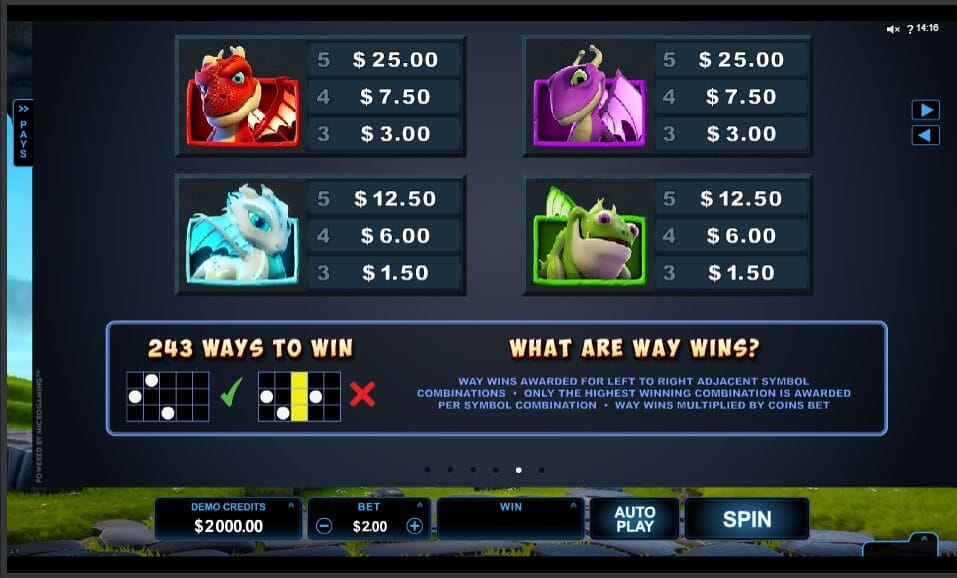 Dragons may be traditional characters in stories of myths and legends, but there’s nothing too traditional about the gameplay in Dragonz – there’s an impressive five pay lines here, so you can now win just by having symbols adjacent to one another. Not only does that give you more chances to win, but it also helps you get to know your little dragon friends a bit better too. The 3D graphics help to give this game a refreshingly contemporary edge to it.

Your four dragon buddies will make up some of the symbols on the game board, while others are represented by playing card symbols. Starting at the ninth playing card, the symbols go all the way up through the picture cards. As with most MIcrogaming games, some symbols come with fantastic rewards.

• WILD SYMBOL – The Dragonz’s Wild symbol is a quite basic feature and simply substitutes for any other symbol except the Scatter.

• SCATTER SYMBOL – You could notice the Scatter pop up on any of the reels. When it does, the dragons will give you a choice of one of the four following free spin options:

- Gobble grants you ten free spins and shoots Wilds randomly onto the board. These freeze until you win one.

- Choose Frost and you will get ten free spins. Plus, any unused Wilds will stick to the board until one is won.

- Go with Flint’s option and you’ll get ten free spins and a lot more Wilds added to gameplay.

- Switch also gives you ten free spins. He’ll also collect up your unused Wilds and add them back onto the board for you. 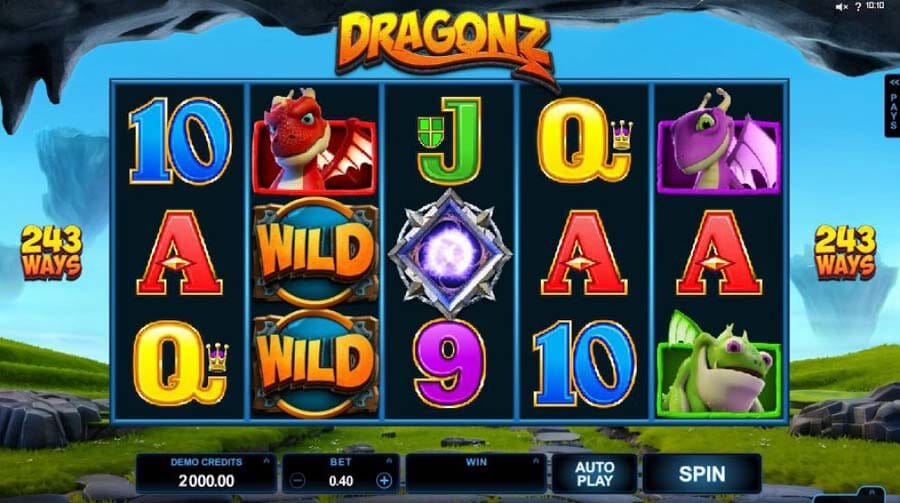 Dragonz is a basic game and some experienced slot players might find it on the simple side for them. However, its cute graphics and loveable dragon characters have definitely won over a number of gamers. It also gets thumbs up for its modern feel, which helps it stand out from all the vintage arcade-style slots that are ubiquitous in the world of online slot games. If you're still looking for more fun, try checking all our bingo games at Barbados Bingo.

If you enjoyed Dragonz why not try to play and win more games?