Enjoy an adventure? Come and explore Easter Island, a mysterious island located off the coast of Chile in the Southern Pacific Ocean. This famous spot is a remote volcanic island. Let's hope that the volcano on Easter Island erupts lots of fantastic rewards for you to enjoy. This 5 reel, 103 paylines slot is a mystifying one. Giant moai statues unearth secrets and drop amazing rewards onto the reel. There are lots of entertaining features in this slot which include expanding wilds, a symbol swap re-spin and an expanding reels re-spin.

Known as the underdog in the online and mobile casino games industry, Yggdrasil Gaming is one to watch. They provide entertainment for some of the biggest operators in the world. They have won many awards for their fantastic games in recent years which includes 'Innovator of the Year' at the International Gaming Awards in 2018 and 'Slot Provider of the Year' at the EGR B2B Awards. Yggdrasil knows how to create the best games for their users. They do this by combings heaps of imagination and innovation into all aspects of design, features, technology and graphics. They currently have 40+ games which are all unique in their own way. If you enjoyed Easter Island, you may also enjoy these titles: 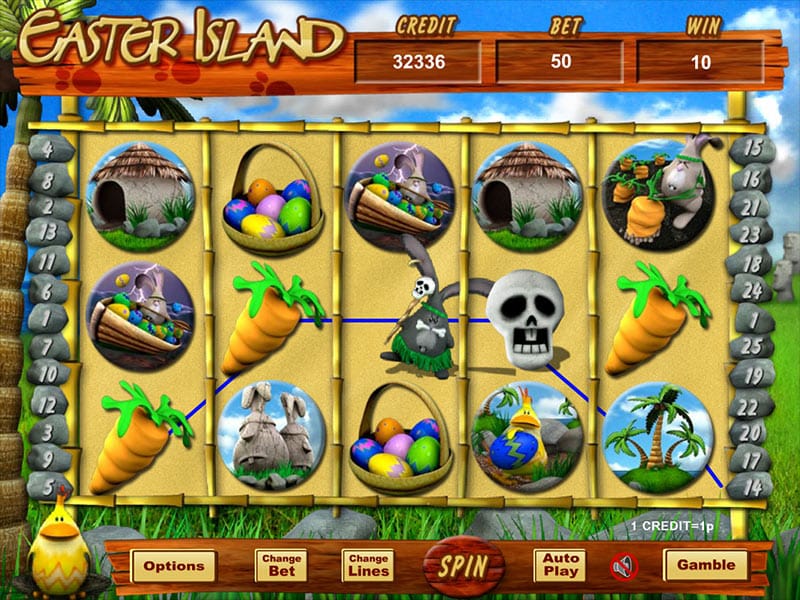 Easter Island is a fun slot with 5 reels and 103 paylines. This slot takes you to a remote volcanic island in Chile which is often referred to as Easter Island. The animations in this slot are fantastic. The two moai statues at the side of the reels bob up and down and make funny facial expressions and noises. The audio isn't too distracting and has a nice chilled vibe to it. The reels are placed behind a pretty landscape with green grass and bright blue skies. The reels are placed on top of a big ancient looking stone. The symbols include foxes, lizards, fish and ancient looking symbols.

Expanding Wilds - You will find wild symbols on reels 2 and 4. The expanding wilds replace all other symbols on the reel. Every time you land a wild, they will become sticky and expand to cover the whole reel. 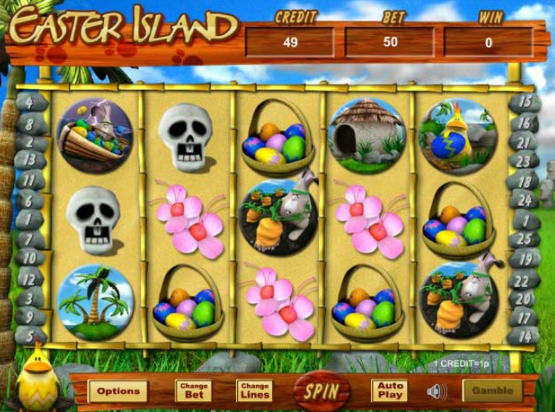 If you enjoy historical themed slots, then you will enjoy Easter Island. It has everything you would want in a slot: soft music, great animations and fantastic features which means lots of amazing prizes are up for grabs. With the reel possibly expanding up to 103 paylines, there's a great chance to win huge and awesome prizes.