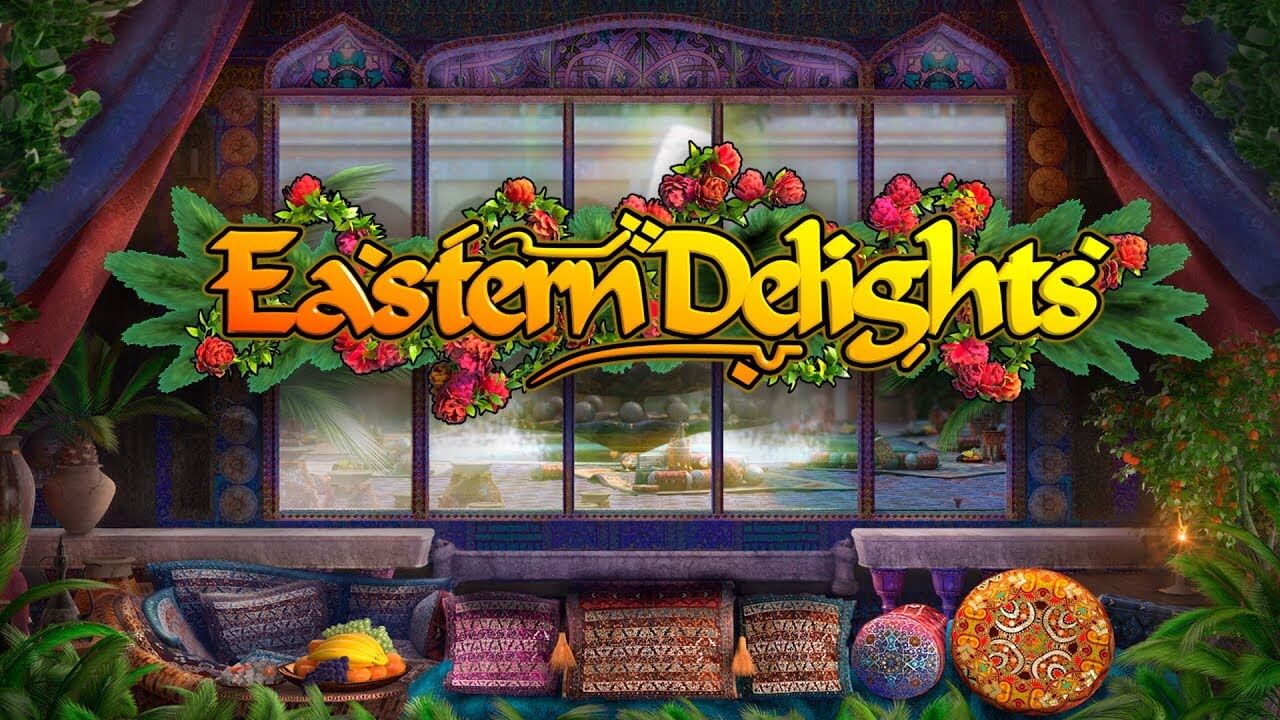 Eastern Delights is a beautiful Asian-themed slot from Playson. The first thing it will probably remind you of is Aladdin. A princess that looks like Jasmine and her father the King welcomes you to sample Eastern Delights which include a good selection of special features like symbol drops, scatters, wilds, free spins, and more for just 21p to £105 per spin.

Playson has a roster of slightly over 30 games, but they’ve already provided more than a few memorable titles. They have a creative approach to their productions, with their company slogan being ‘unique bingo online solutions’. It’s not difficult to find a few favourite titles among their list of 30, which leaves one imagining how they list of 100 games will look.

Titles with classic/familiar themes usually have a touch of modern design in them. One example is Pirate's Treasure which gives punters a chance to sample a special bonus game, the standard free spins and the gamble feature. Eastern Delights replicates the ancient Middle East theme, but has a unique “Symbol Drop” feature.

They also have several slot machines that take up a classic literary adventure theme. One is the epic saga of Odysseus and another is Alice in Wonderslots. Others like Zombirthday, Dracula's Family and Mysteries of Notre Dame take on a more comical twist. All these games are available to play at BarbadosBingo.com. 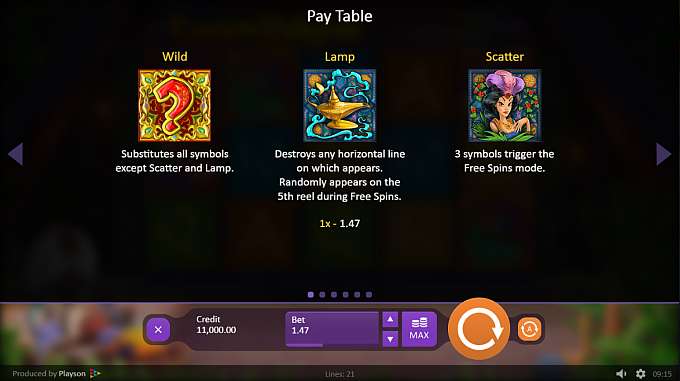 Eastern Delight looks like a treat. The reels are adorned with lamps, peacocks, fruit and sweets. The reels feature intricate detail drawings and the background has beautiful lush greenery with the sun gleaming through. Gameplay is complemented by a catchy Asian-flavoured tune.

Eastern Delights is a 5 reel, 21 winning line slot. The highest paying normal symbols are the feast symbols and the peacock. Both of them pay 1,500x your stake if you land either of them as 5 in a payline. The carafe and fruits offer 750x your stake.

• Wild symbol- The wild symbol is the question mark. It replaces all the other symbols except the scatter and lamp.

• Symbol Drop feature- The highlight of the base game is the Symbol Drop feature. All the symbols appearing on a winning line vanish and are replaced by symbols directly above them. This could create another winning combination where your reward is a free spin. You could win up to 3 extra spins from this feature.

• Scatter symbol- The scatter is the Jasmine looking Arabian Princess. 3 or more scatters trigger the free spins round of only 4 free spins. More can be triggered within the round itself.

• Free spins- Eastern Delights also has a traditional Free Spins feature which is triggered by getting 3 or more scatter symbols. You can add more free spins from the Symbol Drop feature which remains active during free spins.

• Drop symbol- The Lamp of the Djinn is the drop symbol. It destroys all the other symbols in each row when it appears on reel 5. It appears during the free spins round. It creates more possibilities for larger and larger wins. You can claim 50 additional spins during this feature. Eastern Delights has a high variance scale so watch your bankroll carefully – you can win up to 1,500x your stake. 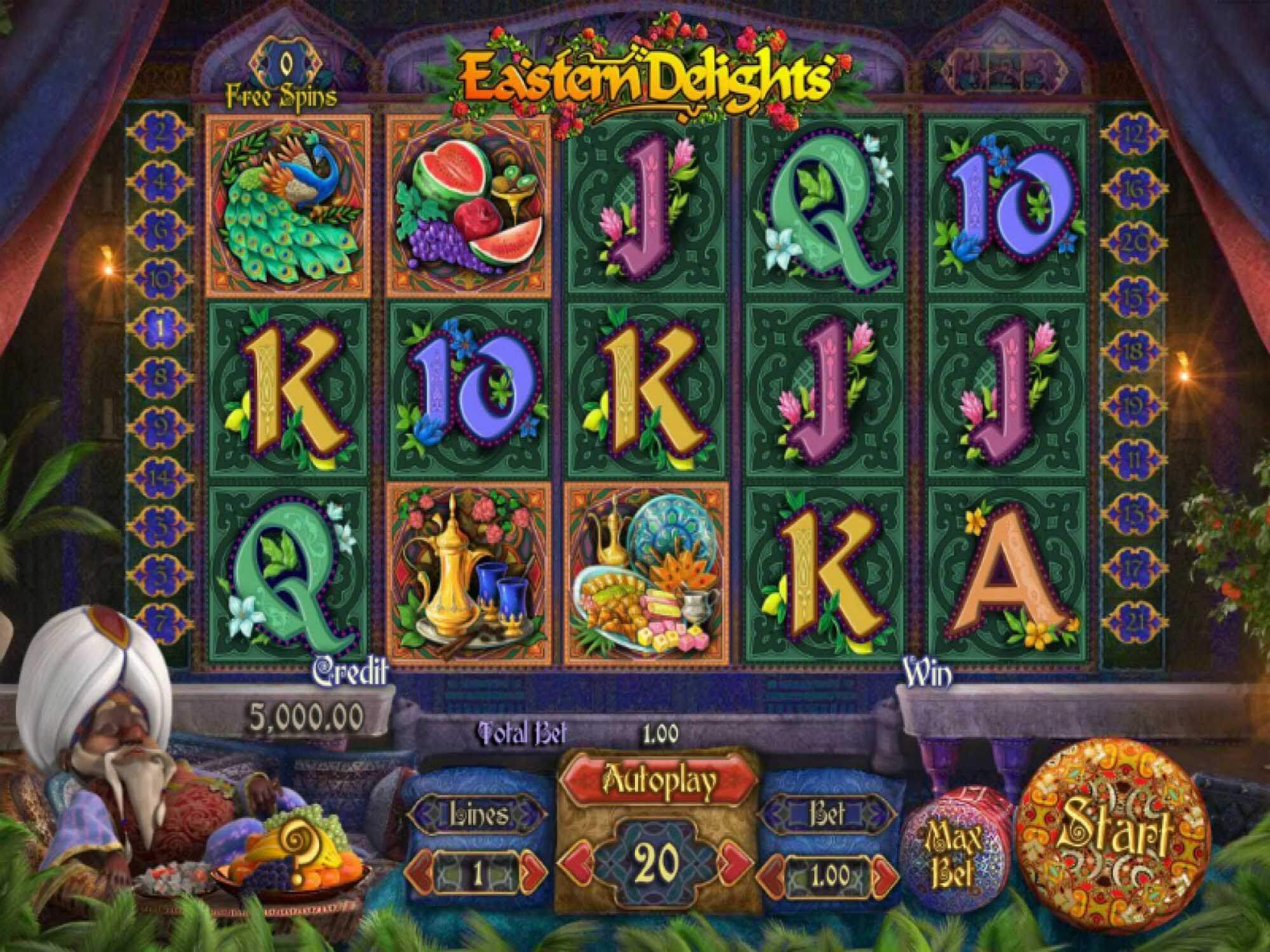 Playson has done a good job of creating visually spectacular bingo games. They’ve also added inventive features to the mix that make the game pleasurable to play. How much you win and enjoy this game will depend mostly on the Symbol Drop feature- a key element of the game.

Are you game for another jaw-dropping Barbados casino spin game?