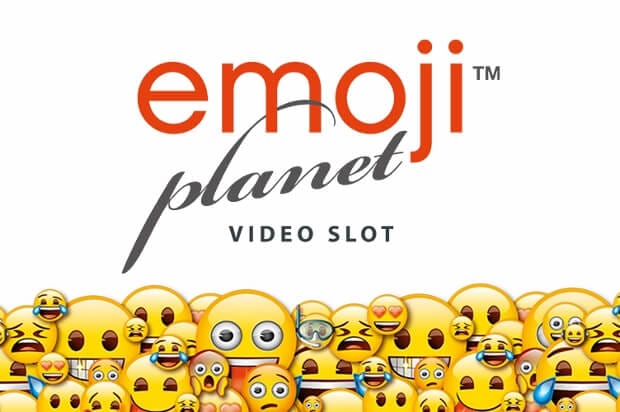 Emoji Planet from NetEnt transports gamers to another world where LOLs abound and smileys cheer things up with every spin.  The gameplay takes place on a cascading six-column, five-row grid bursting with emojis.  Ra-ther than win-lines, Emoji Planet opts instead for a ‘ways-to-win’ type configuration with plenty of stacked symbols to up the ante.  Players can trigger five bonus features, each represented by a meter for five different symbols.  What’s more, multiple bonuses can be unlocked in a single spin.  With an RTP of 96.40%, there isn’t likely to be a crying face emoji in sight. Don't miss this game that you get to play on this bingo site.

Founded in 1996, NetEnt are an online gaming giant headquartered in Sweden with a stellar reputation backed up by a portfolio of more than 200 games.  NetEnt  began life as a visionary team of three people and have injected a spirit of innovation into their products.  As well as popular slot titles like Planet of the Apes and Scarface NetEnt also supplies casinos with table games like roulette, baccarat and poker.  With over 100 million transactions a day it’s likely you’ve already encountered NetEnt’s offering, but if not then check them out. You can choose from their games and enjoy casino bonuses and prizes! 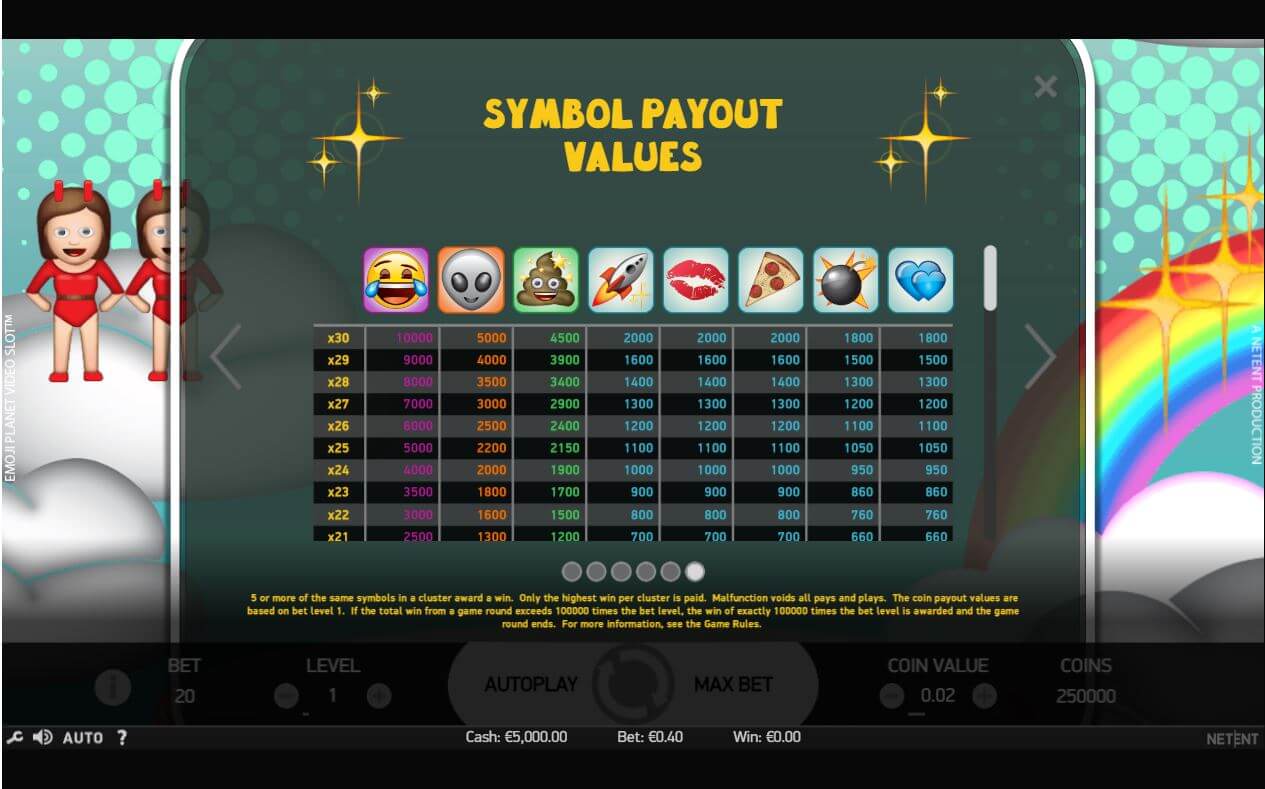 Emoji Planet was released to coincide with the 2017 emoji movie, riffing on the global trend of using cute lit-tle symbols in place of words.  It probably won’t surprise you therefore to discover that all of the symbols are emojis.  Basic level symbols include:  blue hearts, bomb, pizza, lips and a rocket, while premium symbols are represented by the Face With Tears of Joy emoji and the Extraterrestrial Alien Emoji.

Special symbols include a big gold star emblazoned with the word ‘Wild’ while each of the five bonuses are opened by filling one (or more) of the five meters at the side, each of which corresponds to a basic-level sym-bol.

There is a bonus meter for each of the basic symbols (blue hearts, bomb, pizza, lips and a rocket.  Once filled you will be trigger the following bonus:

Blue hearts - a multiplier will be applied to the bonus-winning spin according to how many times you have filled up the blue heart meter plus an extra one for good luck.

Bomb - detonate the bomb to explode eight symbols and win up to 100x your bet.

Pizza - watch as a mini 3x3 grid of identical symbols descends onto the game-board for guaranteed wins.

Lips - receive a kiss from Lady Luck with three sticky wilds.  Each wild will stick around until it has formed part of a winning combination three times.

Rocket - a giant tower of wilds will make it’s way up the game-board to launch wins into the stratosphere. 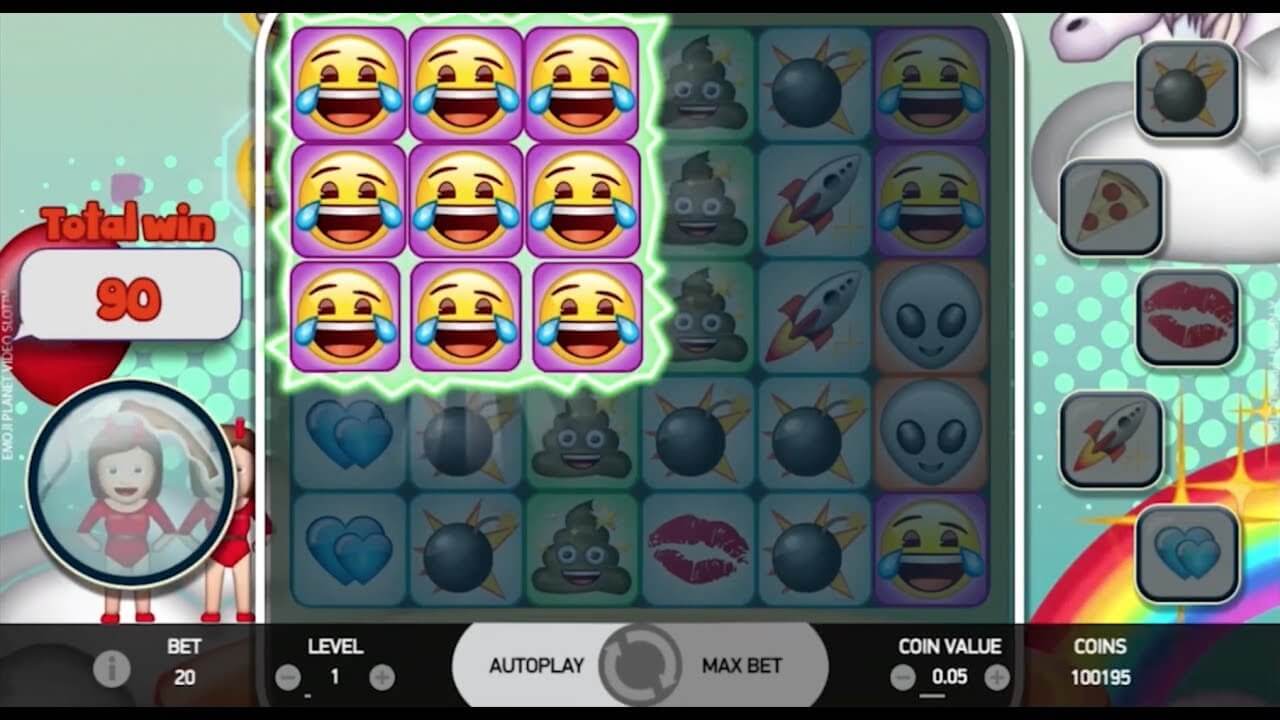 Emoji Planet from NetEnt is a clever concept from a developer that rarely disappoints.  Although there isn’t a free spin round, the fact that you can unlock five bonuses, and multiple bonuses in a single spin, more than makes up for this. This slot game has an upbeat feel which enhances its playability, and its RTP of 96.40% means it gets a smiley face from us. Would you like to try some bingo games as well?

You will also have more smileys and lesser sad faces when you get to play Fluffy Too!