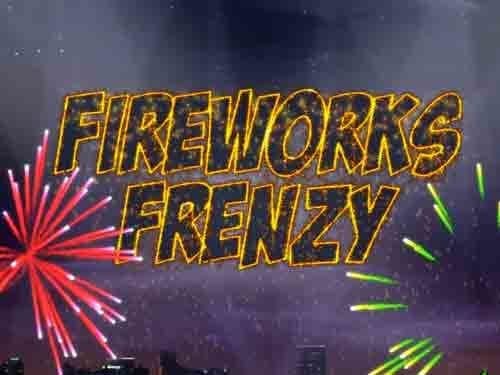 Those of us who grew up in the UK will surely have heard the story of Guy Fawkes, who, on the 5th November 1865, attempted to blow up the Houses of Parliament using huge amounts of gunpowder. Now, Brits mark the 5th of November with more beautiful, controlled explosions in the form of fireworks. Those of us in the USA might associate fireworks more with the 4th of July. Whatever fireworks mean to us, Eyecon has used them in this great slots title to celebrate the thrill of winning chances.

Since 1997, Eyecon has been building a strong reputation in the bingo online gambling world. Based in Brisbane, Australia, at present these prolific developers they have over 100 slot machine titles in their glittering catalogue. Their library also includes bingo titles, as well as live casino classics. You’ll find the interfaces to their slots titles are clean, clear and uncluttered, and their focus on nostalgic themes is sure to appeal to fans of land-based gaming, as well as those more digitally inclined.

Some of their other great titles include:

Catch these exciting games at barbadosbingo.com. 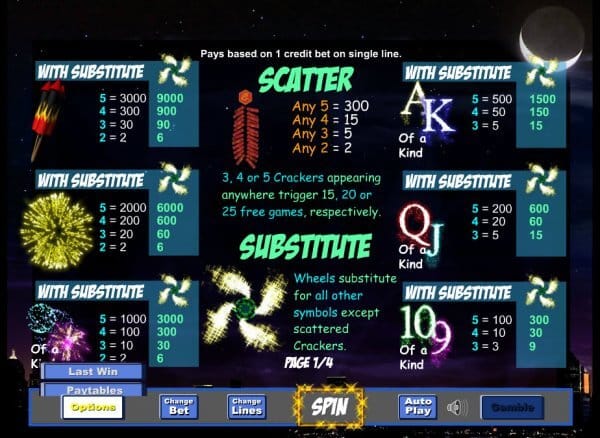 The 5 reels in Fireworks Frenzy stand out against the background of a starry night sky, as one might expect from the fireworks-themed game. In the top right-hand corner is a large crescent moon, and these bold graphics really set the scene and immerse you in the game’s atmosphere. Against the dark backdrop, the colours of the firework symbols on the reels ‘pop’ out of the screen. There are firework bursts of many different colours, including pink, yellow and green, as well as letters and numbers made of colourful sparks. All these symbols look impressive as you spin the reels and they float by.

The game’s simple but effective bonus features include:

• SCATTERS – firecracker symbols are SCATTERS, and 3, 4 or 5 of these across the reels triggers 10, 15 or 20 Free Spins respectively. Free Spins can be re-triggered up to a total of 15 times, making for some spectacular winning streaks.

• WILDS – Catherine wheels are WILDS, and stand in for all other symbols apart from SCATTERS. They triple prizes when they appear in win line – good show!

• Autospins: If you’d like to take a while to relax, stargaze, and watch the colours burst across the screen, you can set up to 100 Autospins.

Bet and paylines are easily adjustable using a button below the reels. In a classic touch, wins are accompanied by arcade style trills, though Catherine Wheel symbols in win lines will set off firework sounds, which fits nicely with the theme and adds to the atmosphere. 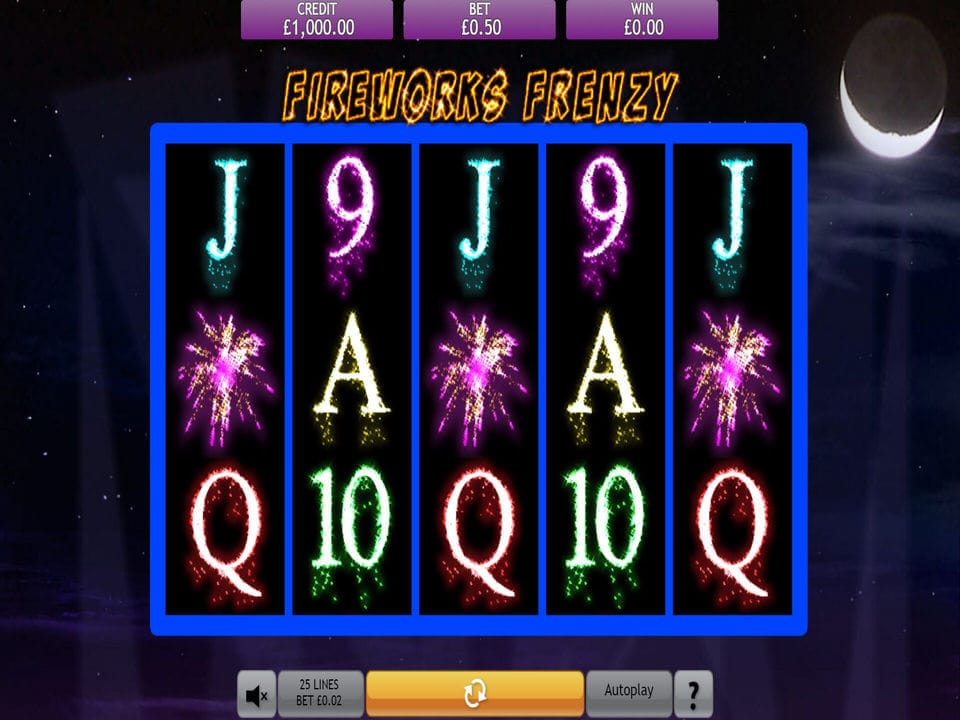 This game is elegant in its simplicity and a joy to play. It’s as fun as gazing up into the night sky at a beautiful fireworks display. Its bonus features are classic and make for a great playing experience, and its graphics set the tone nicely. What a cracking title! No wonder this game can be considered as one of the best bingo games available.

If you enjoyed Fireworks Frenzy why not try Barbados game.