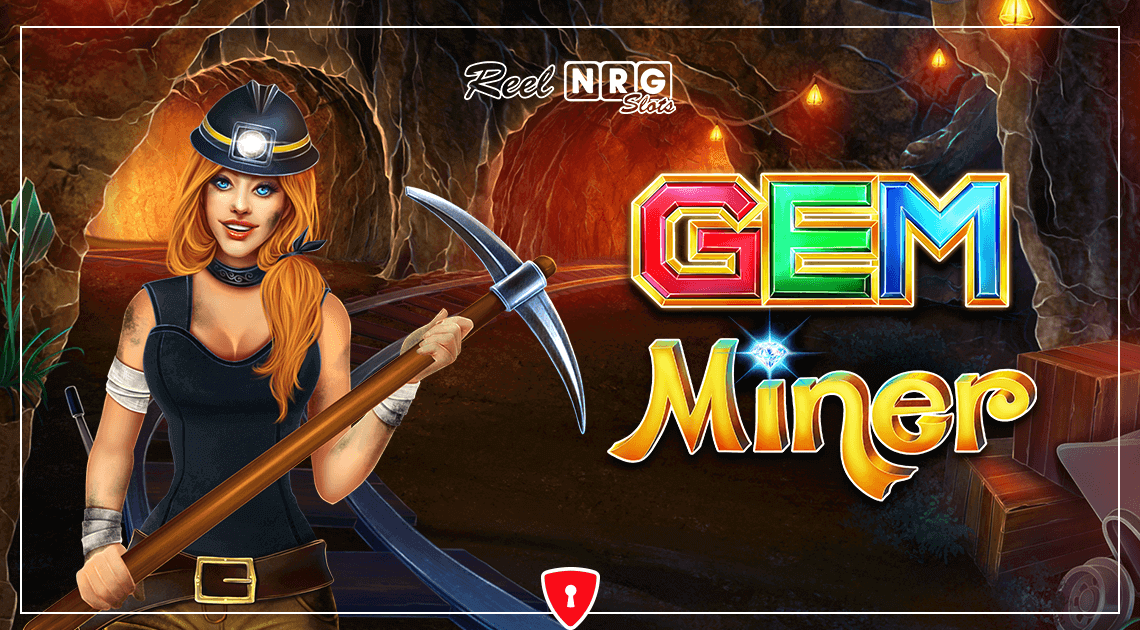 Need a mining-themed online video slot with attention to detail and free spins with colossal wins? —Gem Miner might be for you! The popular slot game lets you win prizes in its 5-reel and 20-payline setup as it takes you deep underground for cascading reels and bonuses.

Excavate bonuses from free spins with colossal and stacked symbols to win at the gold rush. With its low med variance and a max win of 100x, the slot is provided by ReelNRG, a London-based gambling software company.

Gem Miner is available to be played on all devices: tablets, smartphones, or PCs. Keep reading to find out more or head on to Barbados Bingo to play this game!

The online gambling software company, ReelNRG, is based in both London and India and was founded in 2016. Regardless of the official founding date, the company had started operations on gaming as far back as 2012.

ReelNRG, in a short amount of time, has created, released, and partnered with other companies and offshore developers to curate a popular slot machine library with generous payout, sharp graphics, and user experience. Adventurous storylines, engaging techniques, and partnerships with clients like 1XBET, 888 Holdings, and Amazon Slots.

ReelNRG is a trailblazer for newer gambling software companies and a talented, creative group of software developers. Some of their very successful slots and bingo games online are:

You can play all these games and more from ReelNRG today, on Barbados Bingo!

With a house edge of 4.9% and 20 betways, the slot data on this jewel and the mining-themed game are extensive following developers' gambling rules to put up relevant data. There are no bonus games and the absence of a gamble feature with a fair RTP of 95.1%, five reels, three rows, and low-medium volatility. However, the game comes with 12 free spins on the first try with no multiplier. With 12 payable symbols, one wild symbol, Gem Miner supports autoplay with a maximum of 1000 autoplay spins. 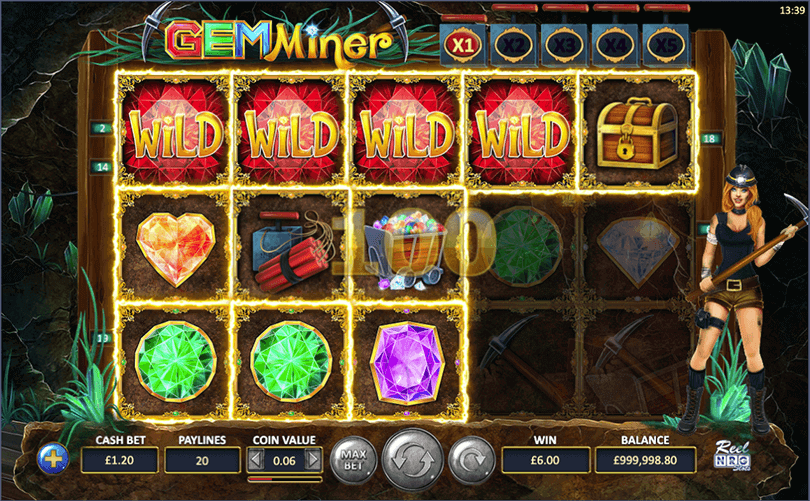 Gem Miner is rich in bingo bonuses, promotions, and rewards with free spins, cascading reels, and symbol stack features. Some of them are:

With the stats and information on this slot, Gem Miner is a great way to play. The RTP is fair, and the house edge is more on the high side. With great bonus features like wilds, cascading reels, free spins with colossal symbols, and the symbol stack feature, the online slot is a very decent one. Playing this, you could get some big wins, and that's more than enough. This slot gets a 8/10 from us.

If you have enjoyed Gem Miner Slot, why not try another exciting slot at Barbados Bingo such as Slingo Cascade Slot.