Slingo Cascade is an online bingo slot game developed by the big iGaming company, Slingo Originals. It is an online bingo UK game that comes in a cascade style that can increase players chances of winning. The game is accessible to a wide range of devices ranging from tablets, Androids, to PCs.

The game comes with bonuses and free spins that are easy to achieve and huge to have. Various symbols in the game include the devils, cherubs, amongst others. The form of the bonus is unique in the sense that the bonus process is replicable over time.

The slot game comes with a 5 reels, 5 pay lines machine which increases the amount of potential slingos that could be gotten from the game. And every Slingo gotten rewards the player with a prize. Read more below, or play this game now on Barbados Bingo.

About Slingo Originals - The Developers of Slingo Cascade Slot

Slingo Originals the Developers of Slingo Cascade is a game development company that has been around since 1996. It was established by a visionary, Sal Senior Falciglia, who conceived the idea that humanity ought to have a game that merges slots with bingo online. That dream brought Slingo into the picture and about 25years later, the company is making great waves.

The popularity of this excellent company is not limited to the US, where it all started. The fame has gone wild and wide across continents and regions. Sal never thought his creation would rock the world of slots, especially due to the absence of Internet preponderance in those days.

Millions of fans and players were greeted by Slingos creation at the turn of the new century that ushered in lots of online activities. The company has a vast collection of slots, including immediate win games. Some of the new bingo games online in their glorious collection include; 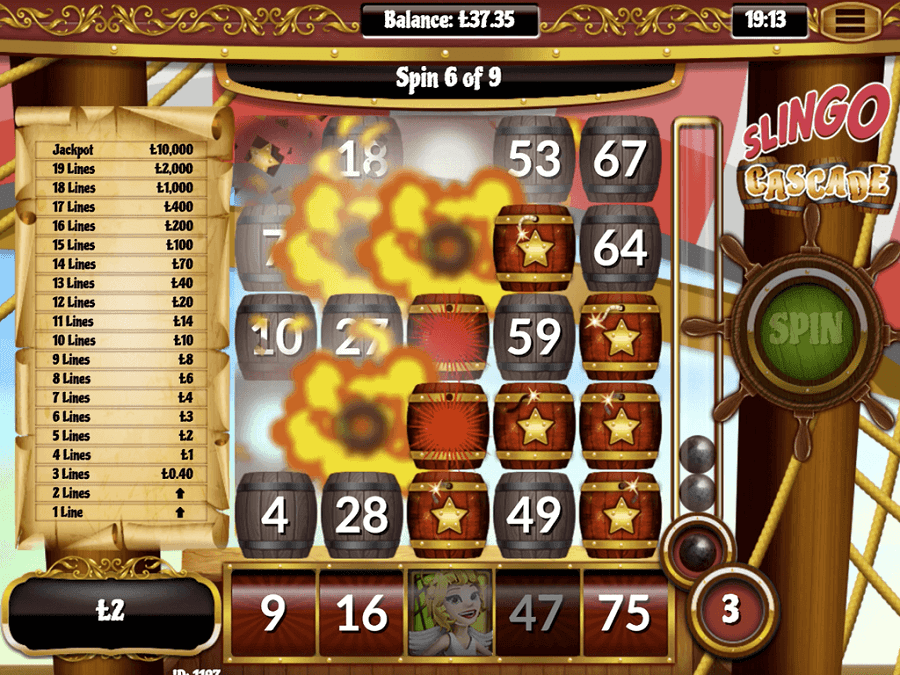 Slingo Cascade comes with nine spins that can be used to compare numbers on the reels and grids to each other, to score a win. The game can be accessed across devices and is easy to interact with owing to the interactive design of the game. This slot has an RTP of 95% and medium volatility.

This means that for any 100 coins played, the payout stands at 95 coins. The symbols here include the devils, the cherubs, and so on. Bonuses and free spins abound, including extra spins that give the game a remarkable uniqueness.

The slot comes with a 5x5 machine, which gives big rewards but not regularly. The devils are used to block, and cherubs move from one to five grids. A player can bring the game to a close by thumbing on the collect button, and the reward for the next spin action will be projected.

The game has numerous bingo bonuses and free spins that rewards players sometimes. Some of these exciting features include;

In essence, spinning the reels over time will happen if you can match a number on the grids and the reels. This is a fast way to finish Slingo in no time.

Most games come with high or low volatility, but Slingo Cascade is an exception. The slot comes with a medium variance and an RTP of 95%. The bonuses are mouthwatering, including free spins and respins. The visuals and designs are also good, including the setting of the game; a pirate ship.

With an interactive and easy to navigate gameplay, and a wide array of staking range, this game offers great adventure and bingo promotions. Give this game a try now on Barbados Bingo to stand a chance to win massively!