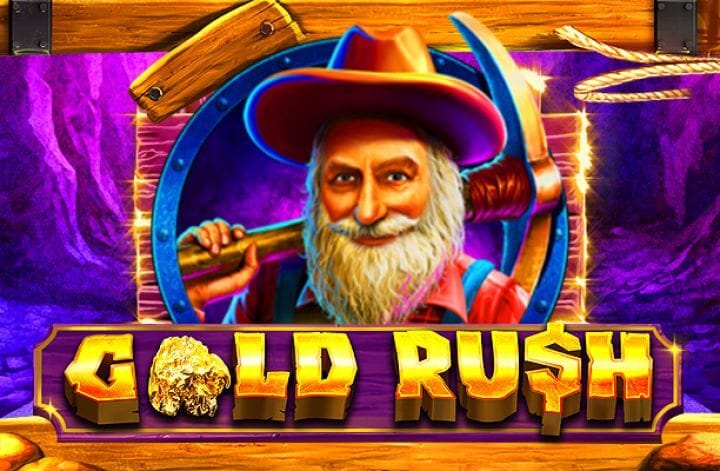 Gold Rush is a 5 reel and 9 payline play bingo slot by Playson. It has a mining theme and just as the name suggests, punters will embark on a gold mining escapade. The game features a host of symbols, including sticks of dynamite, detonator symbols, etc. Gameplay is accompanied by a Southern feel soundtrack. There are bonus features such as wilds, a Click-Me Bonus feature and more. Stakes start from 9p to £45 per spin. The Barbados online casino game is accessible on all devices be it desktop, tablet or mobile.

Playson is a Malta based software developer company which specialises in land-based and bingo games. At the moment they have a little over 30 games in their catalogue which are quite few as compared to big time competitors. However, Playson is a fairly new company. They’re known for developing games with unique solutions- some having classic looking gameplay, but a few modern designs.

It’s easy to fall in love with their games because the animation is neatly done, flows easily and makes extra game features all the more enjoyable. They also have quite a few games in development marked ‘Coming soon’ so as you browse through their 30 games, you have more exciting ones to look forward to. 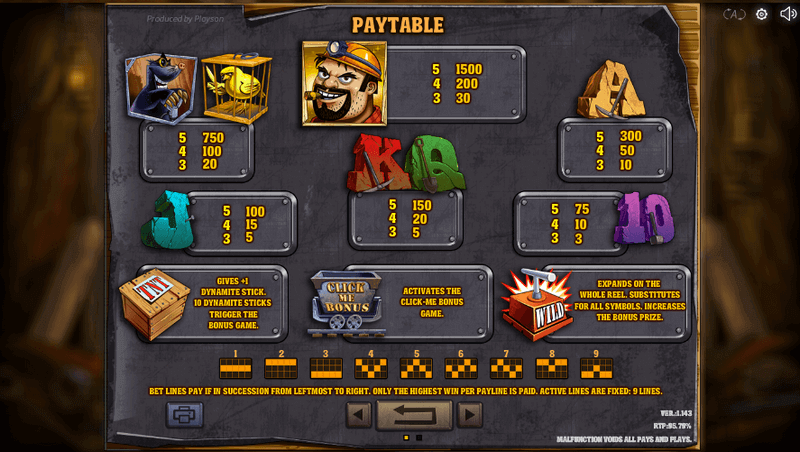 One of the miners ushers you into the game as we follow him down into the mining shafts. This slot is inspired by the California Gold Rush which occurred in the 1800s and saw a large amount of people go to California in the hopes of getting gold. The game background is dark, but dimly lit and features are detailed.

• Wild symbol- The wild symbol is the Detonator. It increases the bonus prizes by 1.35x and expands to cover the entire reel by replacing all the other symbols.

• Special bonus feature- The TNT usually rewards you with a dynamite stick. If you rack up up to 10 dynamite sticks, you unlock the Bonus feature. During the bonus feature you’ll pick 1 among 3 mines to reveal gold, silver or gem stones. Gold gives you 60% of the bonus prize while silver gives 30%. The gem stones give the highest amount.

• Click-Me Bonus feature- This feature is activated by landing a Click Me Bonus which appears as a mining wagon. You’ll need to select 1 of the wagons which holds a cash prize for you. Prizes include silver ,which gives you 4x your total stake, gold, which rewards you 7x your total stake and gem stones which reward 12x your total bet. 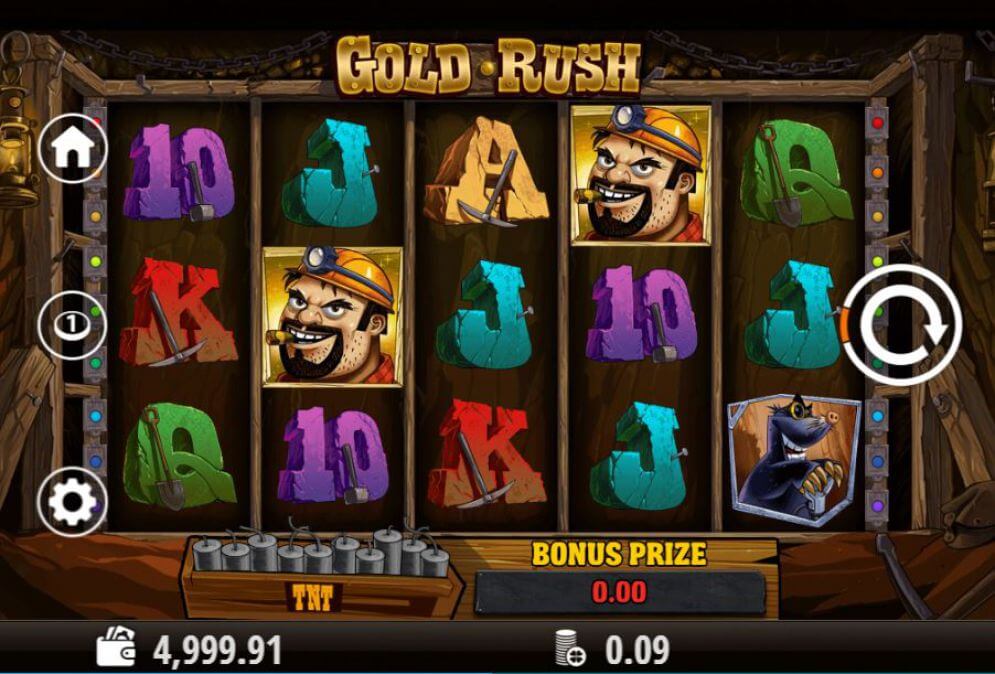 Gold Rush is a medium variance slot you can play. It's few bonus features give it an exciting kick, but one notable one that’s missing is the free spins one. Your biggest win will most likely come from the wild reels in the main game. You could play on this slot for hours without realizing it because it’s quite enjoyable.

If your looking for a high RTP rate game, then Starburst bingo spin is perfect for you too!