Choo Choo! All aboard the Gold Train and set off on an epic railway bingo online journey and bag yourself some bounty. Trains have revolutionised the world and the way we live, work and play, with the train being the catalyst for the time zone Greenwich Mean Time being used nationally so that travellers could work to a set timetable of when the trains would arrive. This is no run of the mill crowded commute where you can’t get a seat and end up stuck under the armpit of some stranger. This glistening golden locomotive will transport you first class across the rich reels with wagons in tow overflowing with golden coins.

Pragmatic Play is the brains behind this lucrative locomotive game. They are relatively new to the industry with their foundation in 2015, but they certainly don’t lack the skills to create slot games that players love. Pragmatic Play is proud of their business values and believe firmly in professionalism, transparency and business orientation. If you are a fan of the lovable locomotive game Gold Train, give their other games a spin:

You can't get enough of Barbados online casino with big wins that await! 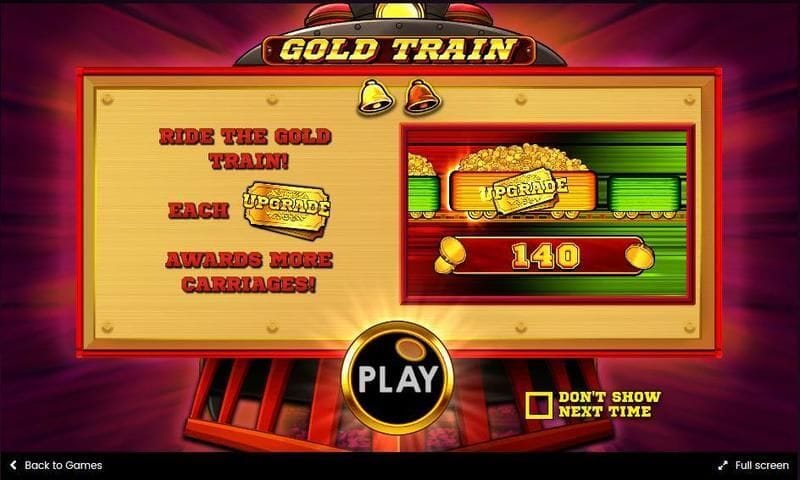 Gold Train is a simple and repayable 3-reel you can play and enjoy.  This 3 payline slot game with the potential to rake in the winnings with some fantastic features and bountiful bonuses. Gold Train has a minimum bet of 0.03 credits and a maximum bet for those who want to dig a little deeper and wager 15.00 credits.

The symbols on the reels are in keeping with the theme of the slot with single, double and triple BARs designed to replicate golden railway sleepers paired with classic Bell symbols. There are other locomotive themed symbols rolling on the reels such as a Conductor’s Hat and Flags. Keep your eyes peeled for the Wild which is the Train symbol and pays a whopping 500 x multiplier jackpot and also acts as a substitute for all other symbols. Although there are only 3 paylines to play across in this slot game, this doesn’t mean the slot is low on loot. If you are lucky enough to land three or more Scatter symbols, the Silver Train Tickets in any position on the reels, you’ll be transported to another side game where you will be greeted by the Golden Train itself with its overflowing coin filled carriages. If you are keen to upgrade your ticket to first class you will need to find lucrative golden upgrade tickets which will be the key to increasing the number of gold filled carriages and unlocking instant cash prizes with no limits. 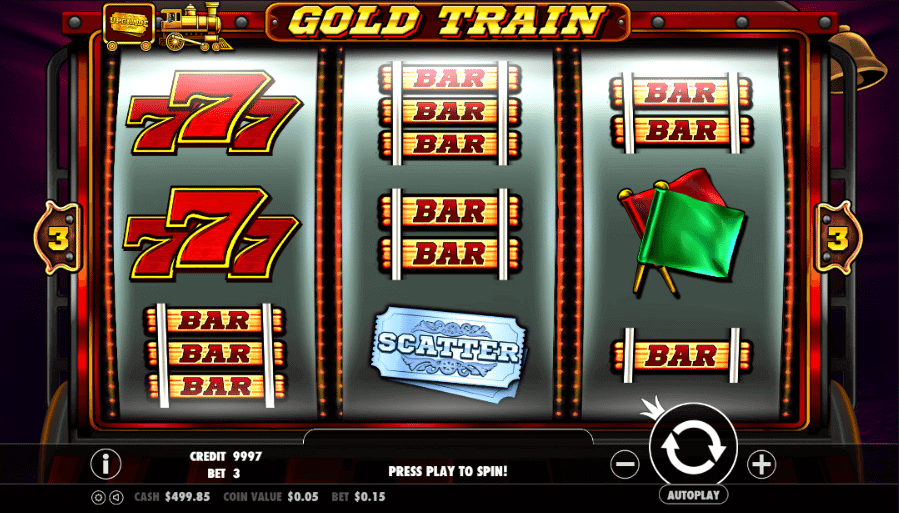 Players love this classic game with its simple, loveable theme. You’ve got a great chance of lining up some generous prizes with myriad symbol combinations as the reels chug along the golden tracks. The game is relatively straightforward and a similar model to a classic slot game and there is also a free gameplay option if you don’t feel like putting your hand in your pocket, however, with a RTP percentage of over 97% you’ll probably want to pay your fare and ride the gold train all the way to the jackpot. Players can also benefit from the exciting progressive jackpot that is on offer in the side game which churns out plenty of exciting prizes! For other exciting bingo games, why not visit Barbados Bingo?

Another game with high RTP rate is Starburst bingo slot game. It's definitely a must-play!