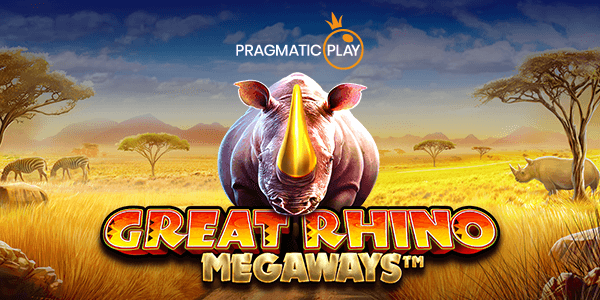 Enjoy the African savannah with this great online slot game from Pragmatic Play. Great Rhino Megaways is a slot game that focuses heavily on continuously adding up ways to win, as the games title suggests.

Bring along your adventurous spirit and check out this online video slot game that has a myriad of wildlife ready to be wrangled. If you would rather a slower affair, check out barbadosbingo.com for some fun but challenging bingo games. You won’t regret it.

For now we are going on to Great Rhino Megaways and its intriguing set up.

This delightful slot game comes from the zany minds of the folks over at pragmatic play. By taking us to the heart of the African plains they really show the talent they have for creating engaging online slots and all free bingo games. So far they have given us such games as:

That is quite an extensive and varied slot game catalogue. If slot games aren’t your thing, Barbados Bingo have their own catalogue of online bingo games ready to be played.

So, how does Great Rhino Megaways stack up against Pragmatic Plays already impressive line up? Is it worthy of the megaways title? 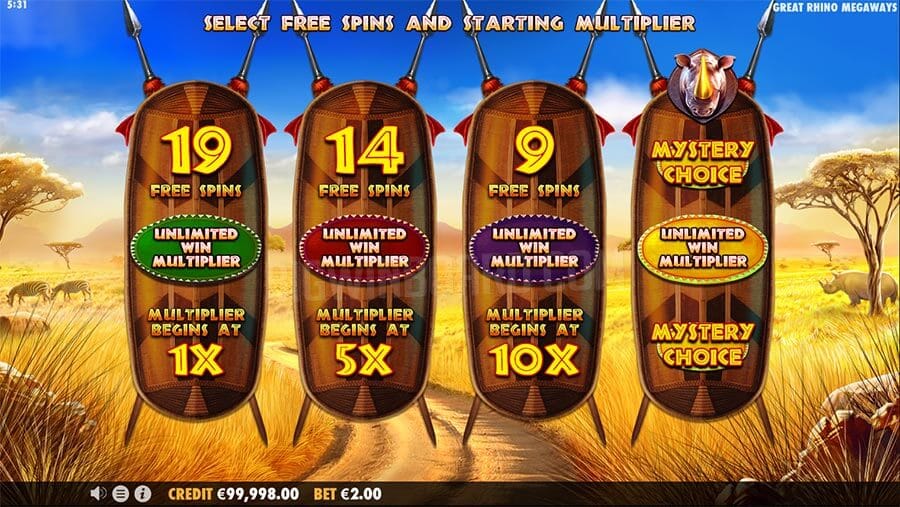 Great Rhino Deluxe is a tumbling reel slot game that takes place over 6 reels. Its symbols are in the form of numbers from 1-10 and the letters A, J, Q and K respectively. On top of these we have the more themed symbols of the safari animals. There are cheetahs, crocodiles, hyenas, gorillas and a flamingo. This flamingo is the highest paying when you match between 3 or 6 of these across the reels you can win up to 50x your stake.

On the reels you can either be met with between 2 or 7 rows. Then there is the traditional 4 by 1 set up of reels above which can add up to a whopping 200,704 possible pay lines. That is what Great Rhino Megaways is all about.

But it gets better. 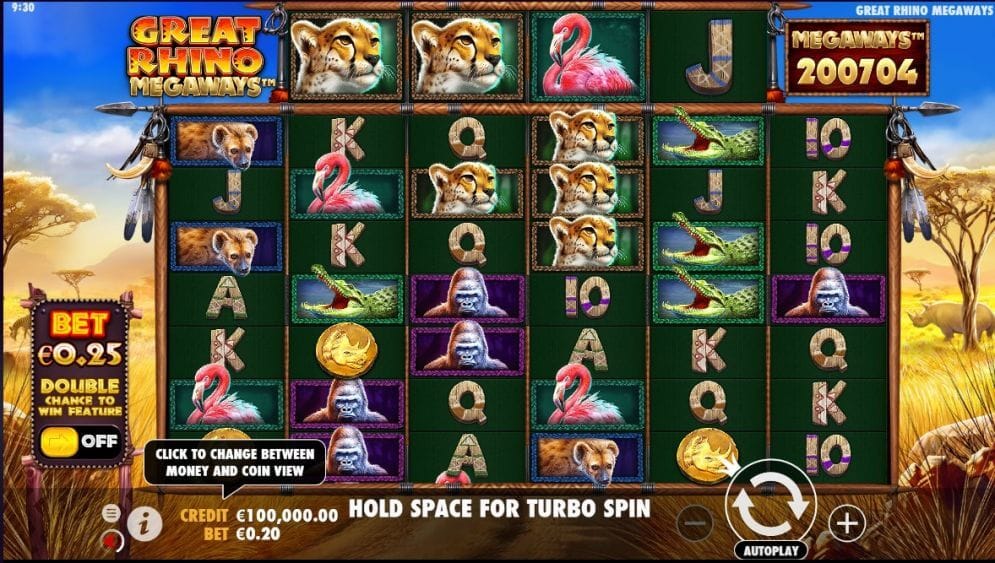 As the title would suggest, there is also a rhino symbol. This takes the form of this slot games wild symbol which will take the place of any of the normal symbols to fill up a pay line.

Also, the great Rhino Megaways Symbols acts as the scatter. Land 3 or more of these on one of the many pay lines and you can win up to 15 free spins. Land 3 scatters during a free spin and you can continuously win a further 5 free spins. That can really add up to some nice winnings.

The multiplier does not vanish during these free spins and so you can keep getting a 1x multiplier with each free spin. It just keeps getting better. The only thing more enticing might be the online bingo offers over at Barbados Bingo.

These scatter symbols can be boosted if you opt to use the games Ante bet feature. By increasing your bet and hitting this button the number of scatters available on the reels greatly increases. It is a risky play but it can add up to more free spins and more multipliers.

Our Verdict on Great Rhino Megaways

With so many pay lines and opportunities to win with this slot game it easy to see why Great Rhino Megaways is such a good time. The way each bonus feature continuously adds a new layer and chance to stack your winnings is expertly executed and makes Great Rhino Megaways one of the more varied slot games on the market.

Try some more online slot games from Pragmatic Play to see whether this one lives up to their great catalogue or try something completely different by sampling some online bingo at Barbados Bingo. In this glorious era of online casino gaming there is something out there for everyone. Great Rhino Megaways exists for those that want to win and win big.

Sausage Party Slot is another popular title that can be accessed today at Barbados Bingo.