Solar Queen by Playson is a 5 reel and 20 payline slot. Features in the slot include stacked symbols, a wild symbol, multipliers, free spins, etc. This slot comes with an interesting Flaming Frames feature where 10 spins cycles will be offered and on the last one, all the symbols will turn into wilds. Stakes on all Apple and Android devices start from 20p to £100 per spin. Find this and other great bingo slots at Barbados Bingo!

Playson - The Developer of the Solar Queen Slot Machine

Playson is an online slot software company that was established in 2012. They are considered a small  company when compared to other game developers who have been operating for years. However, the company is continually expanding. Playson has both the ability and ambition to compete in the online gambling business. To date, Playson has employed more than 250 employees all over the world and has established business relationships with partners in the industry like 1X2 Gaming, Leander Gaming, Quickfire  and Bet Construct.

Most of the slots offered by Playson are available across several online casino sites with examples of such bingo game online including: 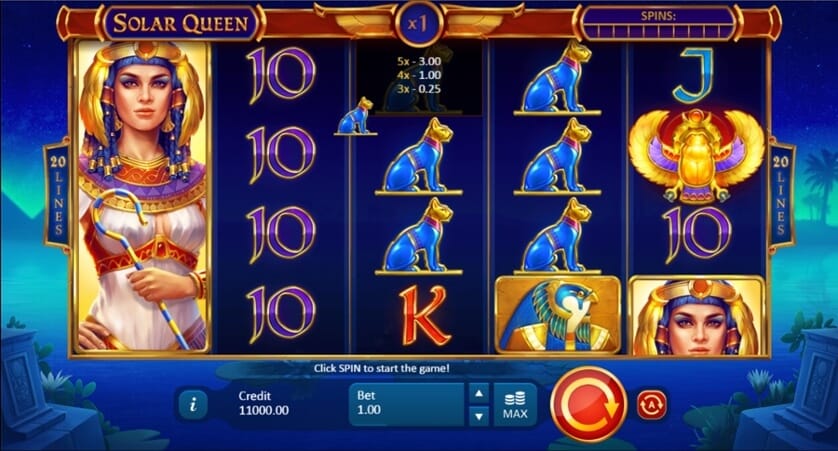 About the Solar Queen Casino Game

Players will journey to a place of mysticism and beauty in this ancient Egyptian themed slot. The action here is set at night-time with symbols on the reels including card values Q, J, A, K and 10, various animal gods i.e. Anubis, Bastet and the Solar Queen. The main character herself can appear stacked on the reels pays the highest value of 0.1x, 1x, 2.5x or 10x your bet when 2, 3, 4 or 5 land on the reels. The wild in the game can replace all other symbols except the scatter. 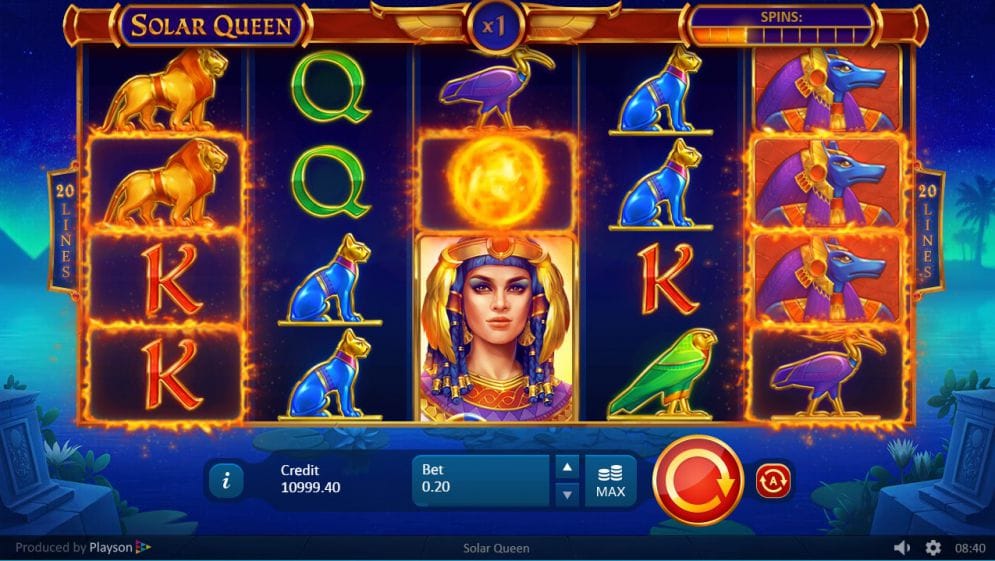 The multipliers are the key to winning big in Solar Queen where the highest payout you can receive from each spin or free spin is 200x your bet. Add in the multipliers and you can win over 2,600x your bet. Players can also win multipliers of up to 12x in this medium to high variance slot.

Barbados Bingo offers numerous games like this, such as Sherlock of London Slot.