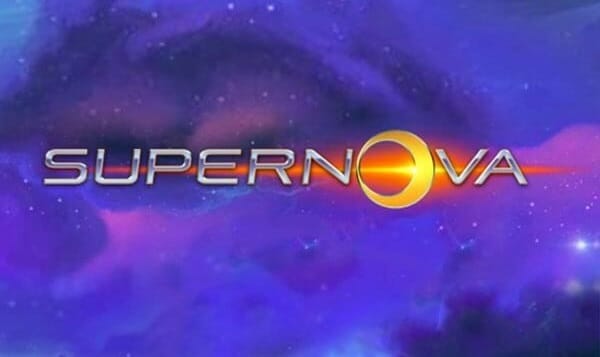 Whether you want to believe it or not, there's a little scientific nerd inside each and every one of us. We get excited when the latest Star Wars movie comes out, when NASA documents their missions around the planet Jupiter, and when we hear about the next Supermoon that would be coming in the next couple of months.

The brilliant minds behind Quickspin thought of the ingenious idea to create an online slot game that would win the hearts of every space geek that enjoys logging onto their favourite casino site to make big winning on an iGaming product. And that slot game is called Supernova, where you get mesmerised by the colourful graphics that lighten up your screens and leave you with more than what you've betted before you hit the play button.

You may have heard of all of the big bingo online UK developers there were born and raised in the USA and the UK, but have you heard of one that has made a big name for themselves in Sweden? Well, now you do.

Quickspin's CEO showcased his success as a Director of Sales and Head of Product Management for NetEnt, before he began to embark on producing a company of his own and start developing iGaming products that they, themselves, would fall in love with. All of QuickSpin's products are licensed in the UK and the rest of Europe, so you can be sure that you'll always have access to most of their other slot games, like the Link. Don't forget to check casino promotions before you play their games. 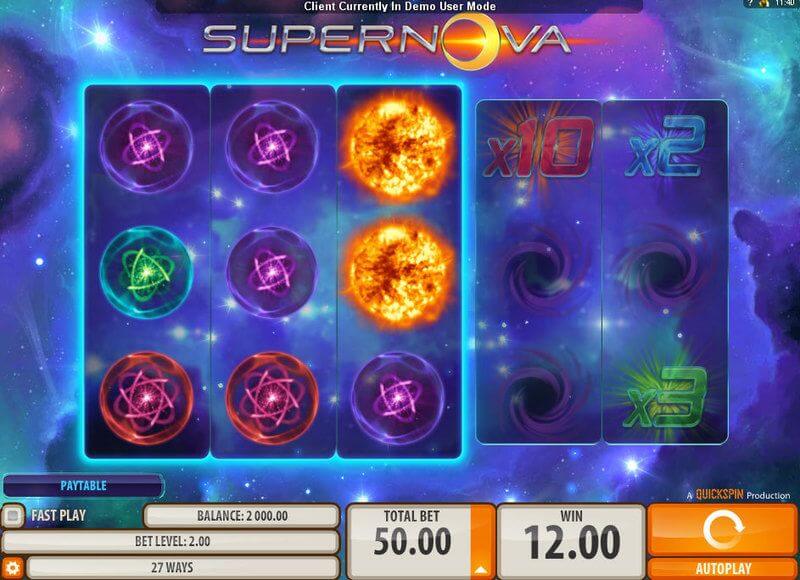 The first thing that you'll be mesmerised at would be the starry night sky that you can see out of space. All of the paytables and other sources of information load up when you click on the buttons below, so you won't have to deal with a clustered game board.

The gyroscopic light patterns illuminate all of the symbols on the 3x3, even the base symbols which show up in the form of orange, blue, and green fireballs. If there is something that you have to watch out for as the stars shoot across your screen, it would be that the matching combinations that you could get would win will trigger the multiplier BONUS FEATURE that loads up on another 2x3 grid.

Whatever multiplier would show up on the 1st reel will be used  on your winnings, and if 1 shows up on the 2nd reels, your wins will be multiplied again. This BONUS FEATURE will continue until a wormhole appears on your screen and takes you back to the original reel grid. 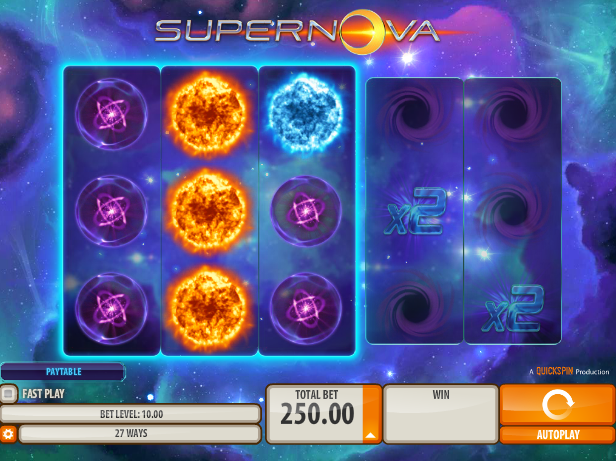 Super Nova does bring in the element of simplicity that a lot of online slot players would adore when they want to play a game that doesn't take up too much of their mental energy at the end of the day. Their 3x3 reel with the small amount of base and special symbols are proof of that.

However, that small amount of special symbols bring a very iconic and ingenious way of helping you boost your prizes and leave you with more winnings than you would expect. Along with the awesome space them that the developers have embedded in this slot game, I would give Super Nova a big thumbs up. Have some more fun and try playing bingogames at Barbados Bingo!

If you enjoyed Super Nova, try thunderstruck and play now.