It’s always refreshing to see slots take on real life concepts and become more of a story rather than a game. The Wild Seas 5 reel, 178 ways to win bingo online slot by Elk Studios does just that. The slot is based on Anne Bonny, a legendary Irish pirate whose main area of operation was the Caribbean. She sailed across the seas during what was known as the Golden Age of Piracy. In this slot, you will help Anne exact revenge on captains from France, England and Portugal.

Elk Studios is a Swedish based company established in 2012. The company is focused on developing casino games compatible with mobile. They don’t have hundreds of games out yet because they choose to release quality games in smaller quantities rather than mass producing poor quality games. Despite the few releases, they’ve managed to capture the hearts of gaming fans already. Elk Studios uses advanced mathematical models combined with the latest technology. However, it’s the human aspect they’ve added to their games that sets them apart.

Elk Studios never ceases to amuse their players when it comes to creativity, and diverse games. Making their games well-known to even newbie gamers, which can try and play today. 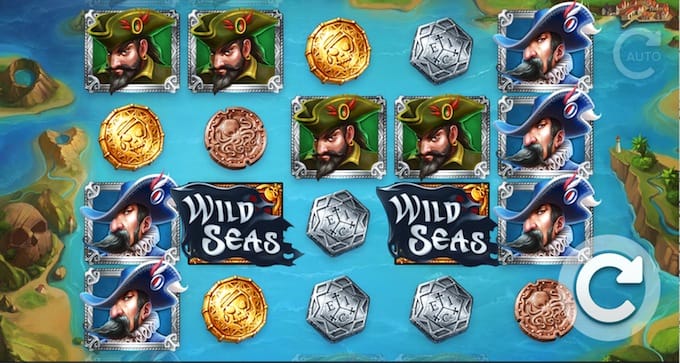 The game is set across the tropical waters right outside Port Royale. Players are set to win wilds, free spins, sticky wilds, sailing wilds and more prizes as they level up. The pirate theme will be a delight for anyone who has ever fantasized about living that Jack Sparrow lifestyle, except that Anne is more badass and cooler than he is.

• Level 1: Break the Convoy- Here players are on the lookout for the 2 Wild Seas flag which appear on the 2nd and 4th reels at the same time activating Free Spins. During free spins 1 of the 3 merchant captains is selected at random and ends up replacing all the other captains.

Once this happens, a convoy of merchant wild ships moves over the 5th reel. The convoy inches closer towards the left side after every free spin. If a pirate ships lands on the 5th reel, it will fire at other ships on that row –merchant ships that end up damaged are held back for another free spin.

If a ship is hit thrice, it sinks and then reveals the captain’s treasure chest. Players should aim at collecting as many treasure chests as possible before levelling up. If you don’t sink the ship, the feature ends when all the merchant ships have spun away on the 1st reel.

• Level 2: Loot the Treasures- In level 2, players get free sticky wilds on all the positions where the captain’s loot chests are held. Your goal here is to collect as many sticky wild chests as you can. The reels at the middle are full of treasure chests. If you land them, they open and reward you sticky wilds. Look out for the bomb barrels on reel 1 which are full of gun powder. If you hit them, the barrel ends up exploding thus ending the feature. The treasure chests and pirate ships continually added to the 5th reel provide more and more sticky wild wins. 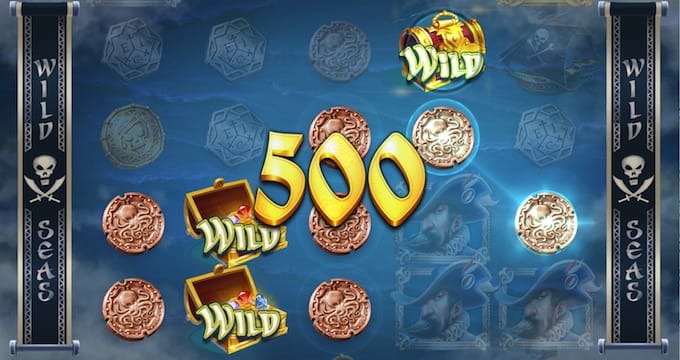 Wild Seas is an enjoyable slot game– it looks good and rewards great with the possibility of winning more than 1700x your stake. This is largely due to the Free Spins feature in Level 2. You’re going to enjoy the Medium variance the game has as it promises that you will walk away happier and with a few winnings every now and then. Wild Seas is a fun and unique take on the pirate theme. Try your luck in playing bingo - free bingo games and who knows, you might win the biggest prize!

If you enjoyed Wild Seas why not try Jimi Hendrix Online Slot game.