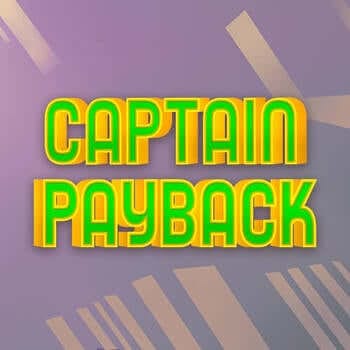 Are you a fan of Marvel comics or other superhero comics? High 5 Games launch a cheesy superhero slot game, Captain Payback slot. He is on a mission to save the day with free spins and various bonus features on fixed 50 paylines and 5x3 reels grid. Players can win impressive rewards and a jackpot while catching the bad guys lurking on the reels.

The Captain Payback slots game entertains players with its animated style and comedic theme. You can place bets as low as £0.01 and reach up to £250. With an RTP of 96.5%, which is higher than other High five games. Captain Payback's volatility is high. That's promising for players who are yearning for high prize jackpots. Let's see what bonus features the reels have hidden under the money bags.

The influence of DC and Marvel comics give many software developers an idea to create superhero theme slot games. Players love to indulge in the good guy evil guy theme to win some big winnings while completing different levels. Captain Payback slot game graphics are bright in colour, and the imagery is vivid. The adventure not only unfolds on the reels, even the background displays falling dollar signs from the clear blue sky.

The lowest paying are card symbols, while the initials CP is the highest paying symbol.

Since 1995 High 5 Games has been the forerunner in creating innovative video slots. The software house has many awards under its belt, making it a reputable brand producing high-quality graphics and innovative features.

If superhero theme is your thing signup to BarbadosBingo to claim the generous up to 500 spin offer and enjoy some other hero slot titles like: 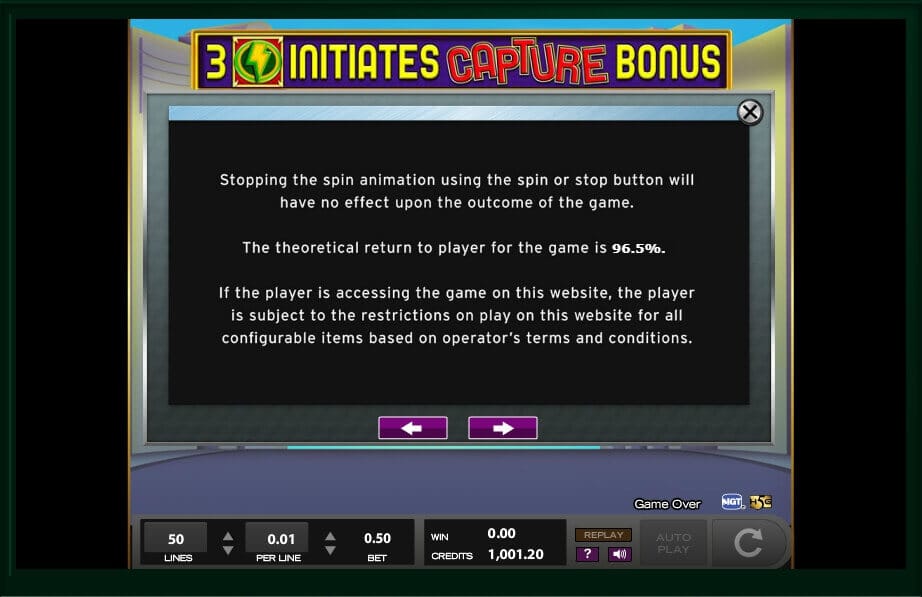 How to Play the Captain Payback

Players who want to indulge in the dramas of Captain Payback adventures don't have to go anywhere. You can play the game for free from this page on Barbados Bingo. Spend 5 minutes of your time, and there will be numerous slot titles and promotional offers at your disposal. Join and play at Barbados Bingo with these simple steps:

Captain Payback slots game is easily accessible on Barbados Bingos game lobby. Navigate the game through the search bar and click to play.

Players will direct to a blank screen with a High five logo and loading bar. The step by step breakdown of instruction will help you familiarise yourself with the game.

Barbados Bingo offers its players a chance to polish their skills and have fun on Captain Payback slot demo mode. Analyse the slot game statistics below to keep all information in order. 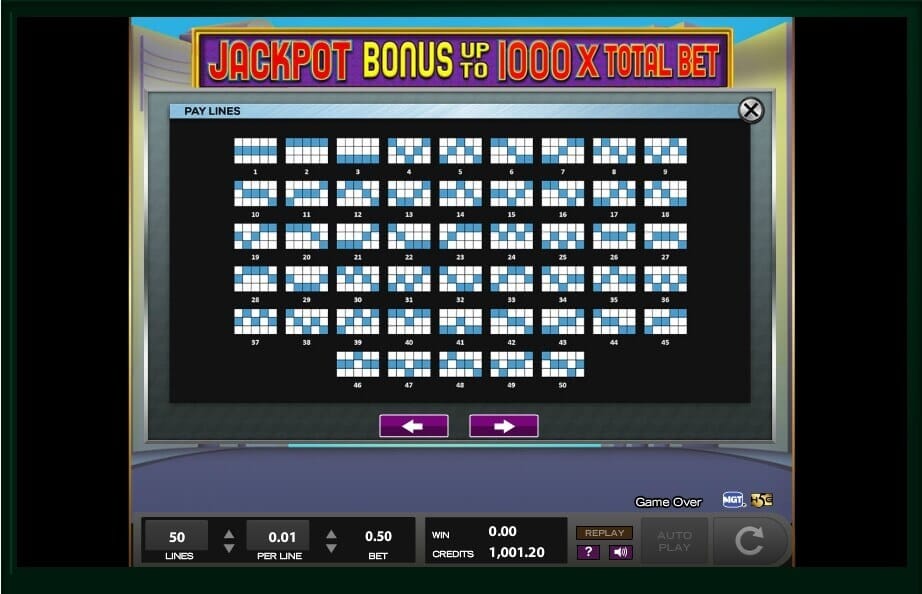 RTP - The RTP of this superhero slot is 96.5% giving the casino a house edge of more than 3% on players.

Volatility - It is a high volatility game which means the risks are higher, but the payouts are worth every penny.

Paylines - It's a fixed 50 payline video slot, which means players cannot adjust the paylines at the time of spin.

Reels - The 5x3 reels grid is not different, but the reel's symbols make the game worth a thrilling experience.

Wilds and Scatters - The Wild icon is the WILD symbol which substitutes for all symbols, and the lightning flash is the scatter symbol that triggers the capture bonus.

Maximum Payout - Captain Payback slot has an impressive jackpot for players who have a winning potential of 1000x the original stake.

Exclusive Symbols - The ace symbols are the lowest paying on the reels. The lightning logo and Captain Payback slots game are the high paying symbols.

Below the table will show you all the Captain Payback slot stats in order from a quick analysis.

*All of the above values are subject to change at anytime.

All the Captain Payback slot information leaves one question unanswered: how can we trigger the bonus features. In this section, we will disclose how to win the jackpot on the superhero theme slot.

Superhero is a popular genre among slot players thanks to the marvel and DC comics. You will love the adrenaline rush that comes with chasing the villains and getting rewarded once captured. The massive jackpot is an enticing feature to complete all tiers. Based on aesthetic and bonus features, we rate Captain Payback 7/10 and suggest our players give it a try on Barbados Bingo for free.

There are so much amazing games that Barbados Bingo offer to its players. If you're fond of sweet-themed games, you can check out Candy Burst Slot.

In this section, players can find answers to their questions regarding Captain Payback video slot.

Is There a Way to Win on Captain Payback?

Captain Payback is an innovative video slot with the potential of winning 1000x original stake. The slots comprise nine levels, and with each success, the potential to win the jackpot increases. The idea is to capture the villains and trigger the jackpot round by landing winning combinations.

What are the Captain Payback Bonus Features?

Captain Payback logo and the lightning flash are the highest paying symbols. The scatter (lightning flash) triggers the Capture Bonus, which ends in a jackpot and many other rewarding features like free spins and a chance to win 1000x your bet.

What is the RTP of Captain Payback?

Captain Payback has an RTP of 96.5%, which means players have to yield more than a 3% edge to the casino.

How volatile is Captain Payback?

Captain Payback is a high volatility video slot that can win 1000x of the original stake; however, the winning chances are less frequent than High 5 other games.