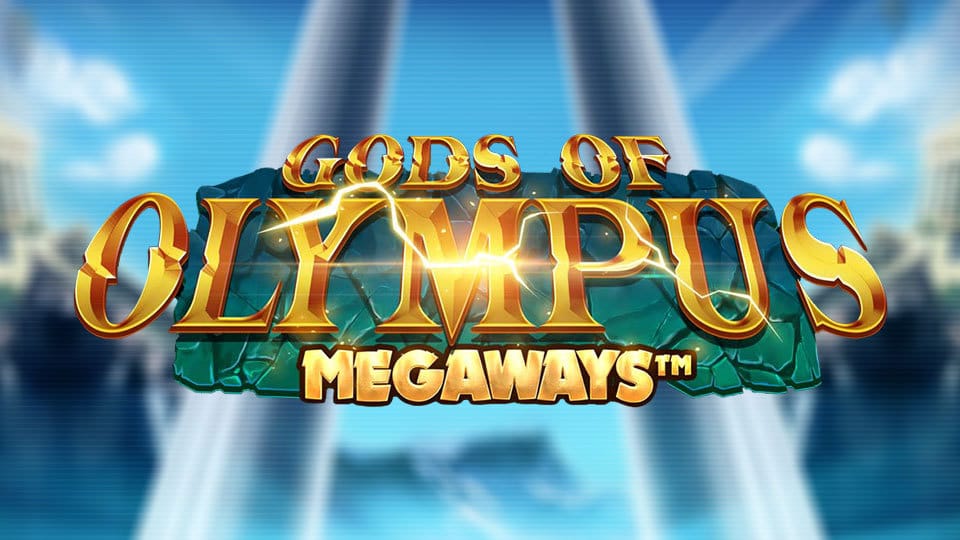 With a megaways slot, the draw is usually focused on the number of ways that the player can win. The Gods of Olympus Megaways slot game from Blueprint Gaming offers players a maximum of 15,635 ways to win in their slot. This is a 6 reel game that is set in Ancient Greece. With the god's help, players are treated to 4 separate free spin modes and can reach a possible max jackpot of £250,000.

Gods of Olympus Megaway slot's betting range is between 1p and £10 per spins, whereas the RTP rate is just above the average at 96.03%. Since this is a megaways slot game, the variance is high.

Even with its 2D graphics, Gods of Olympus Megaways still looks epic. The temple of Zeus stands proudly atop Mount Olympus in the background while the soring theme music rages. The symbols on the 6 reels are made up of lower-paying card symbols and some themed Greek Gods such as Aries, Athena, Zeus and Poseidon.

The highest paying symbol in Gods of Olympus is the king of the gods, Zeus, who will pay out 25x the player's stake when they land 6 across a pay line. There is also lightning bolt scatters that trigger the free spins feature.

Blueprint rarely misses with their slot games. They are a company based in the UK and regularly release great content. Why not try one of their other bingo on-line and slot games such as: 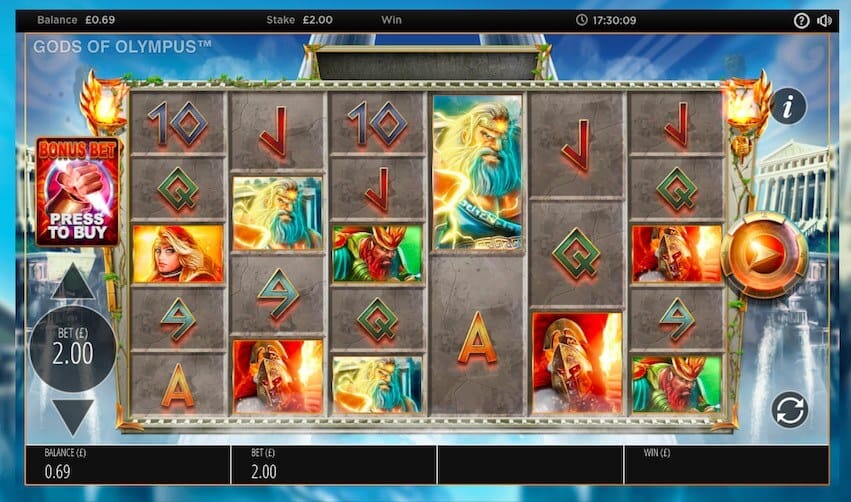 How to Play Gods of Olympus Megaways

Winning pay lines are formed from left to right and contain 3 or more adjacent, identical symbols. Payouts will be distributed according to the type of symbol and the number in the pay line.

Gaining access to the Gods of Olympus slot is simple. Just head to the Barbados Bingo slots list, find the game you wish to play and click 'Play Now'. Unregistered players will need to sign up by following this quick process:

This should take less than 5 minutes to complete, and once finished, players will be able to play any of the slots and bingogames on Barbados Bingo, including Gods of Olympus Megaways.

Now that we know how to play the Gods of Olympus slot game, we can talk numbers. Players need to know as much as they can about the slot before they play. Luckily, we have got you covered.

As a megaways slot, Gods of Olympus Megaways has a high variance. This is because there is a higher number of achievable pay lines due to the movement of symbols on the reel sets. This means that payouts will occur often but will most likely consist of smaller amounts.

The RTP rate for the Gods of Olympus Megaways slot is 96.03%. The average for an online slot game in 2021 is a flat 96%, putting this game just above the average. This means that the casino will have a house edge of 3.97%.

More information about the God of Olympus Megaways slot game can be found in the table below.

*All of the above values are subject to change at anytime.

The bonus features do not end there. In Gods of Olympus, there are also randomly triggered modifiers that can activate on any spins. These include:

As I mentioned, Gods of Olympus Megaways bonus features are seemingly endless.

This is a slot game that is jam-packed full of content. Whether you are a player that wants to take a chance at a game with plenty of ways to win or want a healthy mix of bonus features, God of Olympus has it all. No two play-throughs of Gods of Olympus Megaways are the same, seen in action at Barbados Bingo. This slot is worth a score of 8/9.

If you search for other interesting games to try at Barbados Bingo, we recommend you check out Devil's Number Slot.